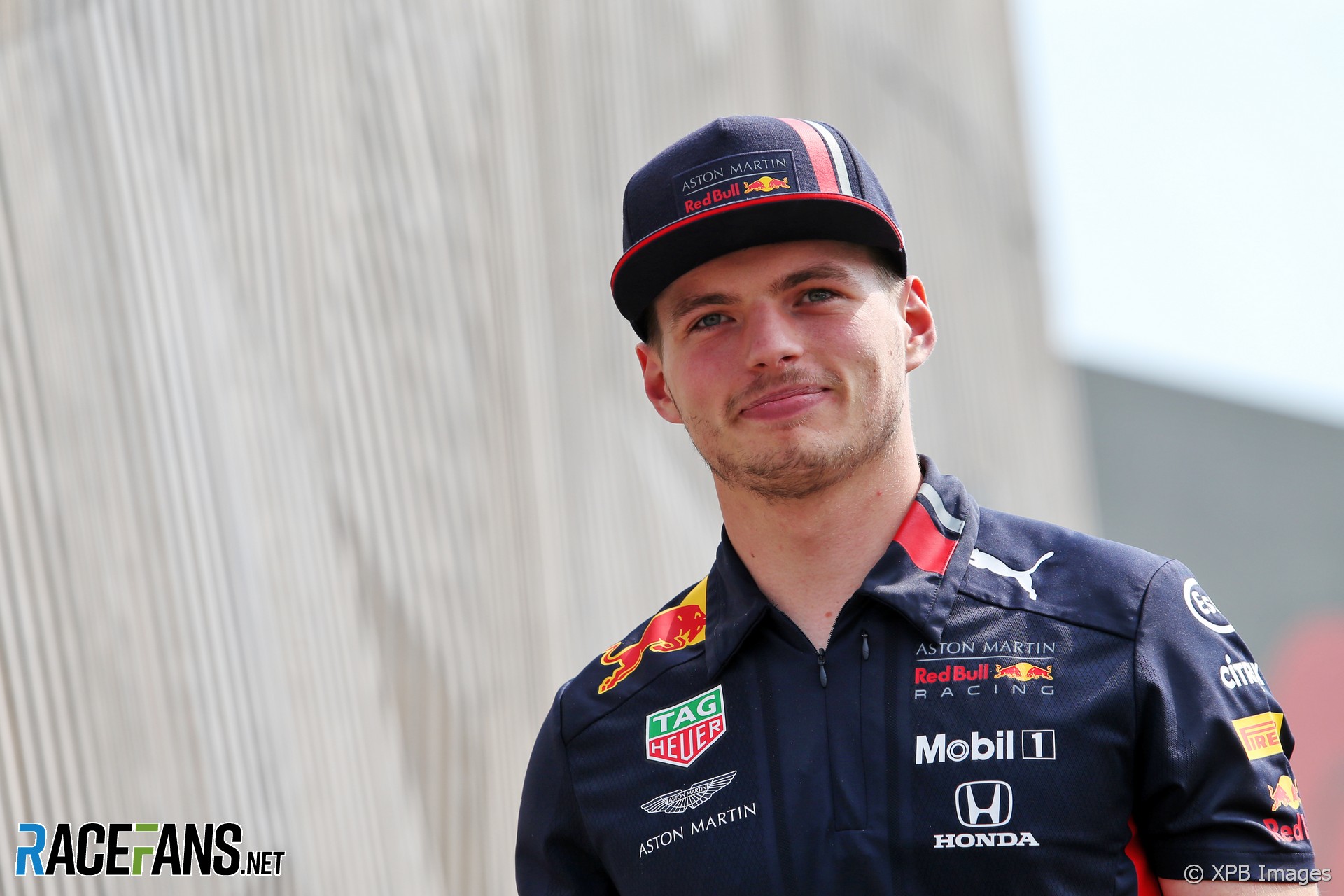 Max Verstappen is not concerned about incurring a grid penalty for the second time in three races after having another new engine fitted to his Red Bull.

Honda has brought the upgrade for all four of its drivers’ cars, allowing its latest engine to be run ahead of its home race in two weeks’ time.

“I like taking new engines,” joked Verstappen when ashed about taking another penalty, three weeks after starting the Italian Grand Prix from the back of the grid because of his last power unit change. “They look nice.”

Verstappen started last year’s Russian Grand Prix from the back of the grid and believes the penalty won’t be a significant handicap.

“We thought ‘why not?’ Because I don’t think it’s going to hurt us a lot around here. It’s not any more back of the grid, it’s only five places. That’s why I think we went for it.

“Last year we started from the back [and] overtaking didn’t seem like a big problem around here,” he added. “Maybe the midfield teams are a bit more competitive this year but I think it should be all right.

“You might lose a little bit of time to the guys ahead but realistically speaking I think you would anyway qualify in fourth, fifth so it’s not going to change a lot.”

Verstappen believes the engine change “should be” his last of the year.

He also shed light on the team’s unexpectedly poor performance in the Singapore Grand Prix, which Red Bull’s motorsport consultant Helmut Marko suggested was due to a set-up error which originated in their simulator.

“I think we went a different direction than in previous years so maybe not it didn’t work out like we wanted to,” said Verstappen. “Probably little things with the simulator we could have done better.

“But at the end of the day I think the simulator has helped us so much that one weekend where it didn’t work out can happen. Unfortunately it was Singapore but we’ll look into everything to improve it for next year.”