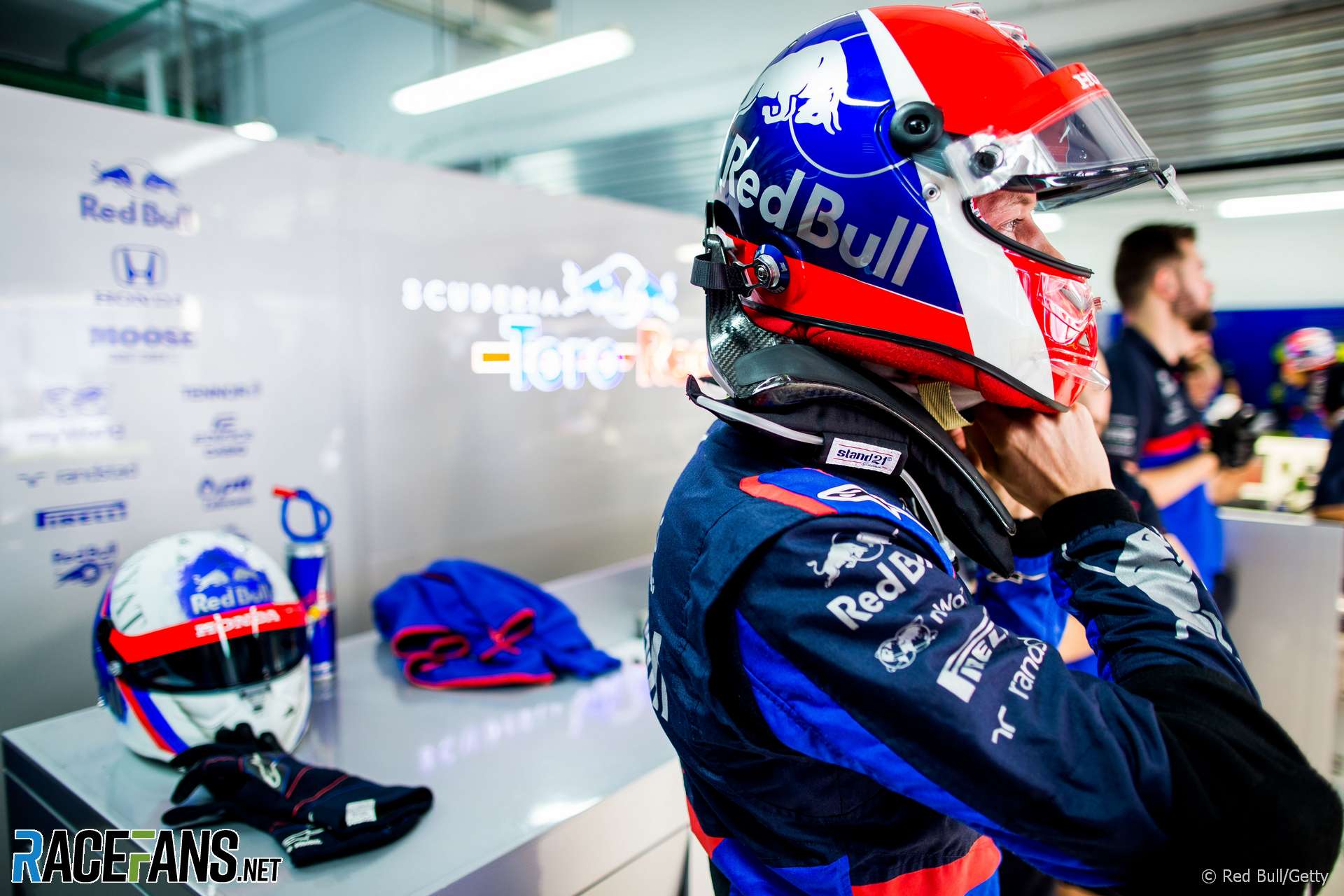 Daniil Kvyat says he may break a rule which prevents drivers from using more than two different helmet designs during a season.

Drivers are only allowed to change helmet designs once per season. Kvyat’s usual helmet design is blue and red, but he switched to a largely red design for the Italian Grand Prix.

The Toro Rosso driver has brought a special, largely white helmet design for his home race at Sochi Autodrom. However he has been advised that using it could be a violation of the rules.

Article 9.1 of the sporting regulations states: “In order for drivers to be easily distinguished from one another whilst they are on the track, the crash helmet of each driver must, with the exception of one event of the driver’s choice, be presented in substantially the same livery at every Event during a championship season.

“A change to helmet livery will also be permitted if a driver changes team during a championship season.”

Kvyat called the rule “a joke”. He used his standard helmet during Friday practice but indicated he may run the new one tomorrow anyway.

“We’ll see maybe I will use tomorrow,” he said. “Let’s see. I still want to know what could be the consequence. But to be honest there are bigger problems to focus on than the helmet.”

“The rule says that there is one helmet you can use per year which I didn’t know about,” he added. “But it’s a good helmet, I hope you saw it, I put it there in the garage just to show it to everyone.”