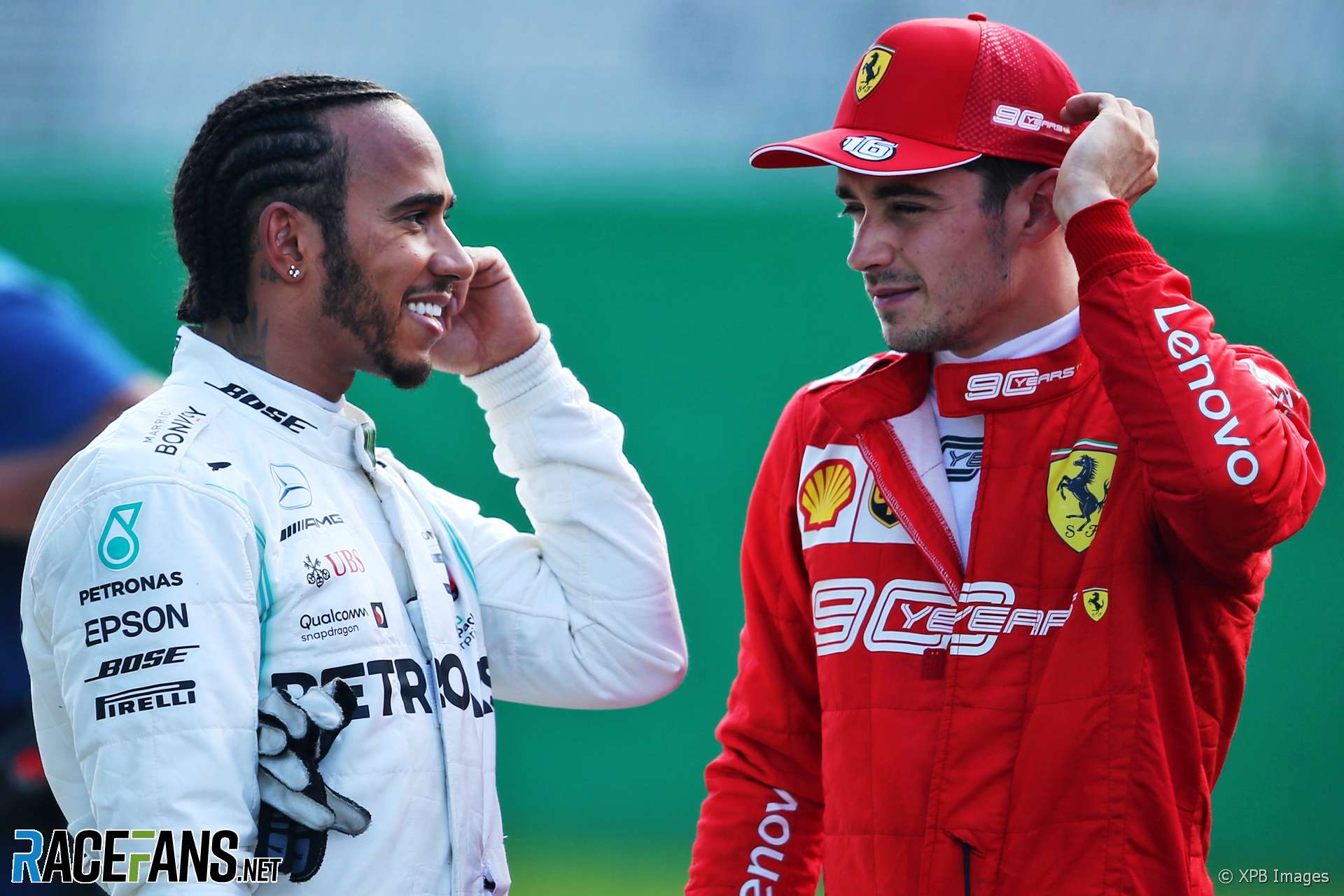 Lewis Hamilton says Charles Leclerc is learning the same lessons at Ferrari that he got when he started his Formula 1 career at McLaren.

Leclerc missed out on a likely win in Singapore when Ferrari brought his team mate Sebastian Vettel into the pits first, helping Vettel jump into the lead, and leaving him there.

While Hamilton began his F1 career in a championship-contending car at McLaren, Leclerc has joined a front-running team in his second season. Hamilton says Leclerc is coming to understand to appreciate that opportunity when things don’t go his way.

“I can just talk from personal experience, I understand what it’s like,” said Hamilton. “But also you’ve got to just remember your position.

“If I was to speak to myself as a youngster, I was quite outspoken when I probably didn’t need to be, necessarily, but that was just how I was because I was fiercely competitive. But you’ve to be grateful for the fact that you’d been given the opportunity to even win races in a top team.

“I don’t think anyone’s gone from that their first year to Ferrari in their second year. And that’s an incredibly fortunate position to be in. So it’s just remembering your place, I think.

“I wish that I knew that more than when I was 22. I got to be in a top team, racing against a two-time world champion, having the opportunity of winning races and I was trying to win every race. So you can’t be excused for that because that’s part of your DNA.