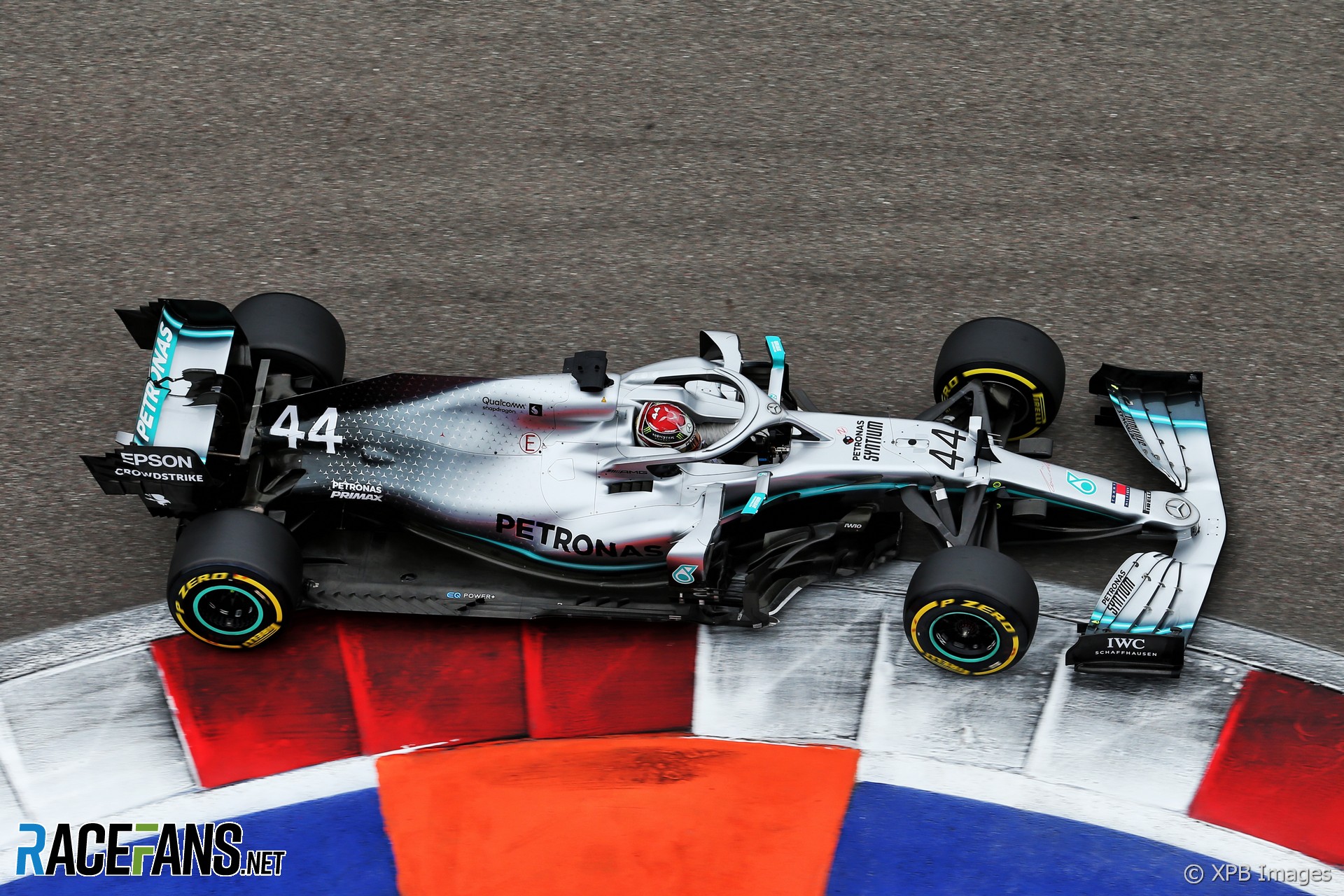 If the Singapore Grand Prix served to remind us anything, it’s that race strategy in the current era is all about the ‘undercut’.

Get your (usually) single pit stop out of the way early and cash in the benefit of being first to run on fresh tyres. That’s the easiest route to victory; that’s how Sebastian Vettel won last week.

So why have Mercedes apparently given up their opportunity to use the ‘undercut’ before the race has even started? Putting Lewis Hamilton and Valtteri Bottas on medium tyres for the race, when Ferrari will start on softs, appears to do just that.

On the face of it, this looks like a doubly bad decision in light of Hamilton bagging second on the grid between the two Ferraris. Having harder tyres than Vettel will make it harder to keep the third-placed Ferrari behind.

Pole sitter Charles Leclerc is sure Ferrari has gone the right way. “I think the start is very important here and we thought that the benefits of starting on soft was big,” he said. “And then there was not much difference, in terms of degradation, from the soft to the medium. So we thought it was worth it to make it our start tyre.”

After qualifying Toto Wolff made a remark that gave a clue to Mercedes’ thinking. He expects the long, near-900 metre, run to the first braking zone at the start makes it inevitable the Ferraris will be running first and second at the end of lap one. Mercedes reckoned that even if they could split the Ferraris on the grid, it will only prove a temporary arrangement.

So how to beat them? How to unlock Mercedes’ usually superior race stint pace against a car which starts ahead and is likely to be very hard to pass on the straights?

Clearly Ferrari can’t rely on the same tactics they won in Singapore, of slowing the field down several seconds off the pace to limit their rivals’ opportunity to pit. Sochi’s long straights surely make that too great a risk even with their superior straight-line speed.

Mercedes are therefore probably intending to do a combination of ‘undercut’ and ‘overcut’. Whichever W10 is running ahead at the end of lap one will make an aggressively early pit stop and force at least one of the Ferraris to react. The other will go long – longer than either of the Ferraris can on their soft tyres – maybe even far enough that switching to soft tyres becomes a possibility. They may even get lucky and be able to pit during a Safety Car period.

As far as Hamilton’s tyre choice goes, he said he “just wanted to be on something different” to the Ferraris. Not copying their strategy is a smart move, but after his frustration at not being brought in early enough for his pit stop in Singapore, he will surely be pressing Mercedes hard not to miss the chance to ‘undercut’ Ferrari in Sochi.

Another opportunity for Mercedes could lie in fuel use. Sochi is one of the harder tracks for fuel consumption, and previously this was a weakness of the Ferrari power unit. At the Circuit Gilles Villeneuve, a similarly stop-start circuit, Vettel was being advised to save fuel when he went off under pressure from Hamilton.

The Red Bulls could throw a wildcard into the front runners’ strategies. Both are starting out of position due to penalties, and if either plan to run long opening stints they could end up interfering with the leaders’ pit windows.

Sochi has not produced many exciting races in its short F1 history so far. But tomorrow’s grand prix is at least set up to give us a tactical battle for victory.

Can Mercedes find a way to get out from behind the Ferraris? And can Red Bull salvage a result from their compromised starting positions?

40 comments on “Have Mercedes made a tactical error before the race has even started?”