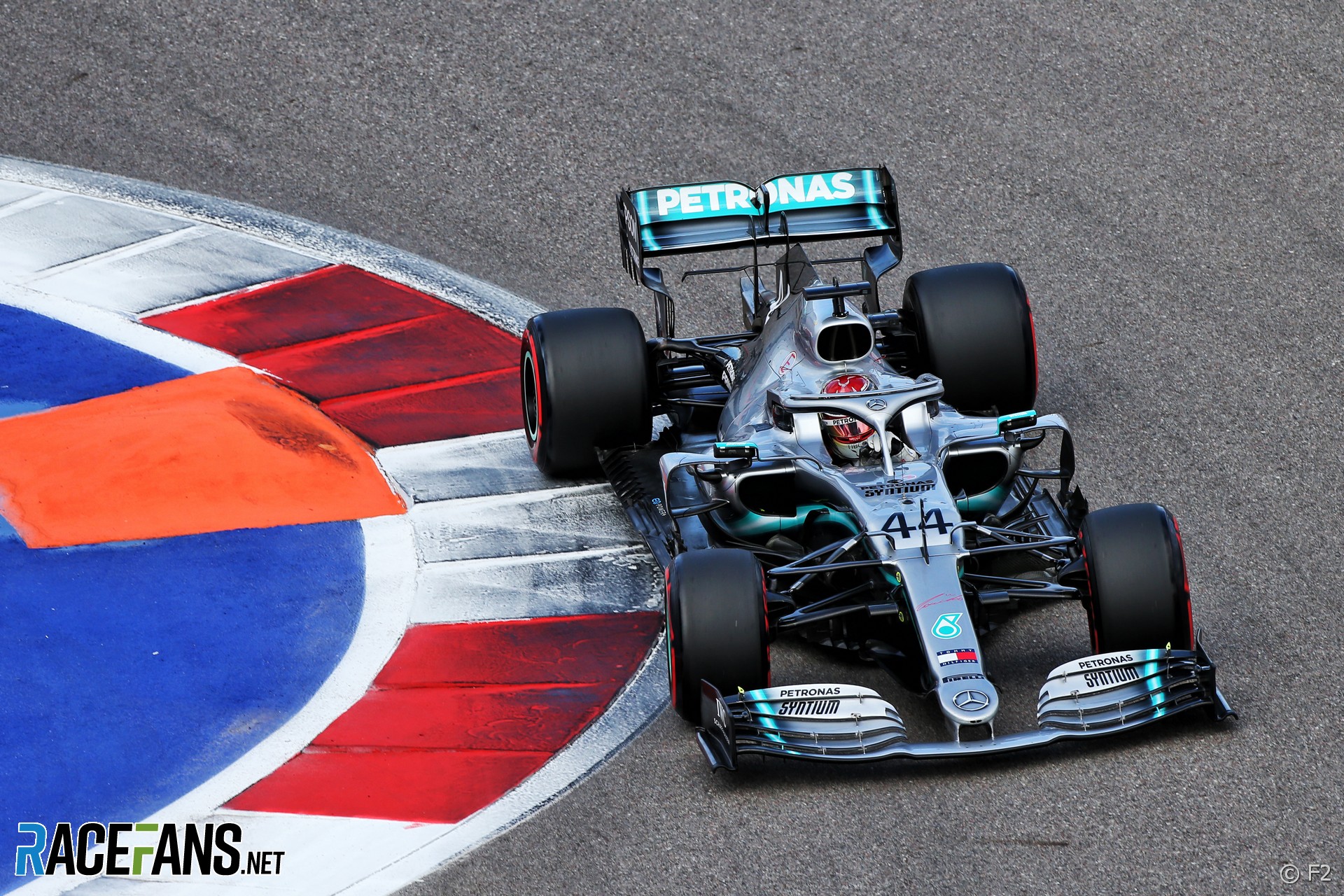 Mercedes would have taken pole position for the Russian Grand Prix if they’d been as fast as they were last year.

But the team which has won all of the previous five races at Sochi Autodrom have fallen further away from their 2018 pace than any team in the field. At the end of qualifying their best lap time was six tenths of a second slower than they managed last year.

That may not be unique – Alfa Romeo are a similar distance away – but most of their rivals including front-runners Ferrari and Red Bull have turned up in Russia with faster cars than they had 12 months ago. It’s the first time this year Mercedes have arrived at a track with the ‘least improved’ car.

Less of a surprise is the fact the most-improved team this weekend is McLaren, as they have been for eight of the 10 races so far this year.

15 comments on “Mercedes are 0.6 seconds slower in Sochi than last year”