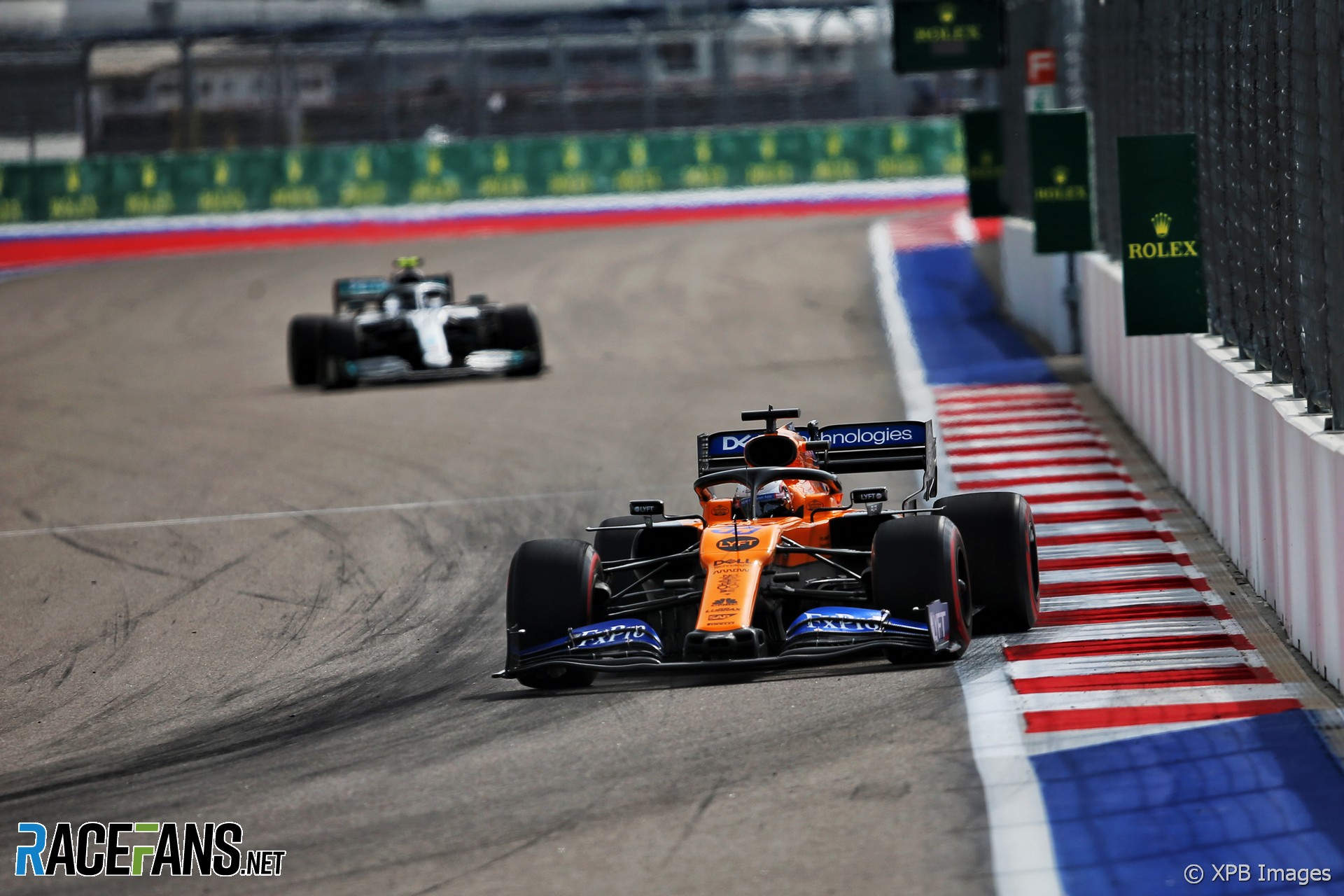 A new power unit supplier for McLaren? A new name for Toro Rosso? There’s no shortage of paddock intrigue this weekend, reports @DieterRencken from Sochi.

I depart for the circuit by shuttle. The trip takes us down back streets but is quick and easy and leads us straight to the rear paddock entrance – despite a midway stop, where we exit the bus, undergo an X-ray security search, then continue.

Breakfast at Williams, during which I catch up on paddock news, although there’s not much about save for rumblings about McLaren switching from Renault power to Mercedes in 2021. The overall political ramifications of that would run deeper than the technical implications of change of power unit supplier. Worth a dig.

Then I research the FIA’s decision to cancel the 2021 brake tender. Although a Brembo source indicates that the company accepts and supports the decision, I cannot help but feel that, after the gearbox tender was withdrawn, companies will in future be reluctant to take F1 tenders seriously. That’s the second one which has been scrapped this year. 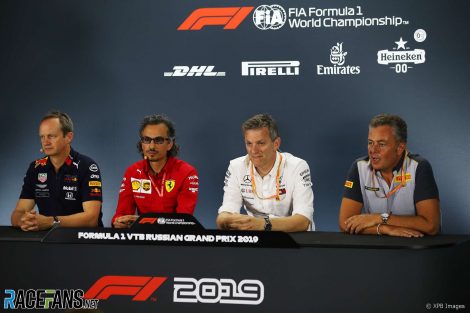 FIA press conference with technical honchos representing the top three teams, and it’s clear that there is considerable unhappiness with the overall 2021 regulatory process, in particular the impact on design of standard parts.

For example, Ferrari sporting director Laurent Mekies, says: “We are a bit more nervous and cautious for what it means for Formula 1 when it comes to getting the cars to look alike or getting the cars to be having a lot more standard parts.” This point is largely concurred by James Allison (Mercedes) and Paul Monaghan (Red Bull).

Allison says he expects Mercedes third driver Esteban Ocon will handle the final tyre test session for the team, which I’m pleased about. It enables the young Frenchman, whom I rate very highly, to leave the team on a high ahead of his move to Renault for 2020. Although Esteban has done plenty of simulator work this year, he’s done far too little actual driving.

Roam the paddock: I hear Toro Rosso has lodged an application to change team and chassis name to Scuderia Alpha Tauri, named after a clothing brand launched by Red Bull in 2016. Expect the giant red star – as found in the Taurus constellation – to shortly feature on the car.

I’m told the change has been approved by Liberty, and now requires only majority approval at Formula 1 Commission level to be effected, possibly as soon as the Japanese Grand Prix. 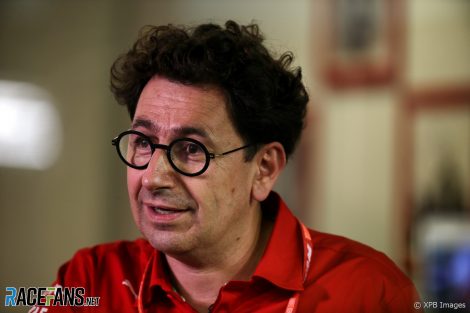 Post-session interviews, including a media debrief with Mattia Binotto. I ask about Ferrari’s ‘protection right’ – aka veto – and at which point the Scuderia would consider triggering a mechanism that could torpedo the entire 2021 process. I have feared just this since it became clear the veto would be retained post-2021.

You can read his response below, but mere written words cannot convey the studious deliberation with which he chose his words. Make no mistake, the threat is very real.

I also hear that, perverse as it may first appear, Mercedes and Red Bull are in full support of Ferrari’s ‘protection right’. Why? Because while Ferrari front-lines the fight, they stand to benefit.

Hit the road with a group of F1 folk for the Black Sea promenade and dinner. The area buzzes with diners, and I spot familiar faces in all restaurants.

One thing is sure: F1 does place cities on the global map. The Winter Olympics may have come and gone yet the world knows that Sochi annually hosts a grand prix. Even if the race eventually moves to St Petersburg, Sochi lives on in F1 history, for better or worse.