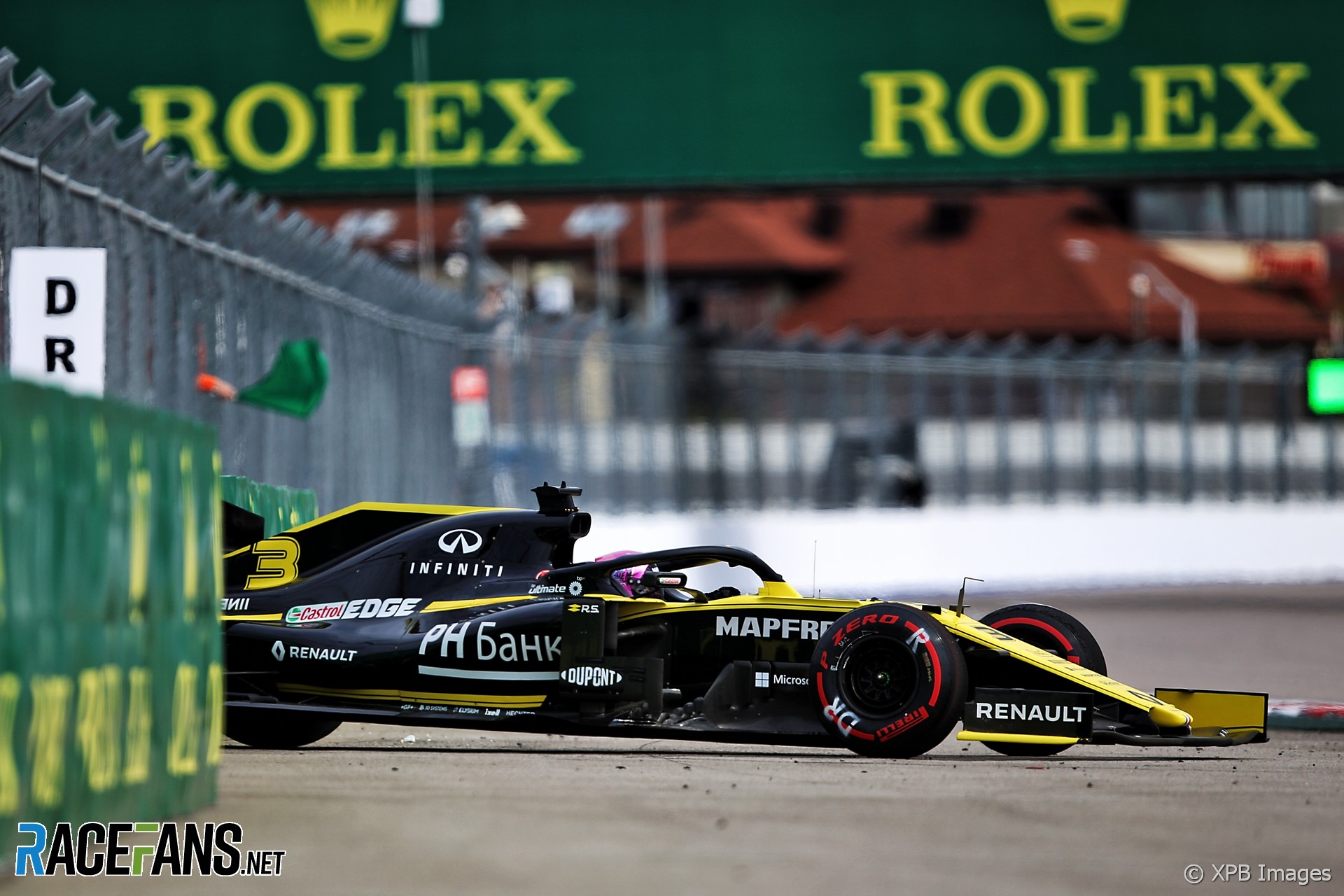 In the round-up: Daniel Ricciardo explains how his crash in first practice happened.

Ricciardo said his hit with the wall in first practice was “a little strange”:

Obviously it caught me a bit by surprise. It seemed just as I kind of got pretty much onto the apex kerb it seemed to spit the rear around.

We’ve been trying to kind of smooth the car out, it still is a bit rigid in some areas with the ride. So I felt like it just kind of unloaded the rear and then it spun it around. It caught me a little bit off guard but it’s OK.

Fortunately we didn’t do too much damage and it was actually hard for us to look into the data, obviously it’s better not to crash, but it gave us something to look at in terms of what we can improve with some of these feelings with the ride.

"Having seen DAMS dominate Free Practice and the majority of qualifying, Nyck de Vries drew out the full force of his ART Grand Prix machine to snatch pole position from the clutches of title rival Nicholas Latifi, who had looked set to seal first, and the four points that come with it."

"The Russian was rampant on home turf, fighting off strong sprints from both of his teammates to finish at the peak of a Prema Racing one-two-three. Jehan Daruvala secured second in the dying embers, while Marcus Armstrong settled for third."

"I tried to stay out of trouble as best I could and I heard Bottas was just behind me but I didn’t know Lewis was right behind him and so it was my mistake to get in his way."

Encouraging start for the team in Russia (Racing Point)

"I think it’s been our best Friday of the season in terms of understanding and progress. We did a lot of aero work and I’m very pleased with the day."

"It was actually pretty good today. I was P10 in FP1, then in FP2 I didn’t get a lap in on the soft tires – I had a few issues, I pushed the rear of the ride height as low as I could but that created some locking. I think though it was a pretty good day."

By all accounts, Pagenaud had a strong 2019 season (IndyCar)

"Now I can start in the middle and go to the front, which is a new thing that I can do. I've improved myself, and I feel like, especially this weekend, we've come to a point where I really enjoy driving this car just as much as '16."

The ‘only one helmet change rule’ which Daniil Kvyat has fallen foul of needs to go, says Andrew:

That ridiculous rule is an insult to the audience’s intelligence. It has no place in F1. And for crying out loud, make it as a recommendation at best, not a sporting rule.
@Andrewf1

Five years ago today Carlos Sainz Jnr scored his most recent race victory to date in the second Formula Renault 3.5 race at Paul Ricard. He beat pole sitter Pierre Gasly off the line.