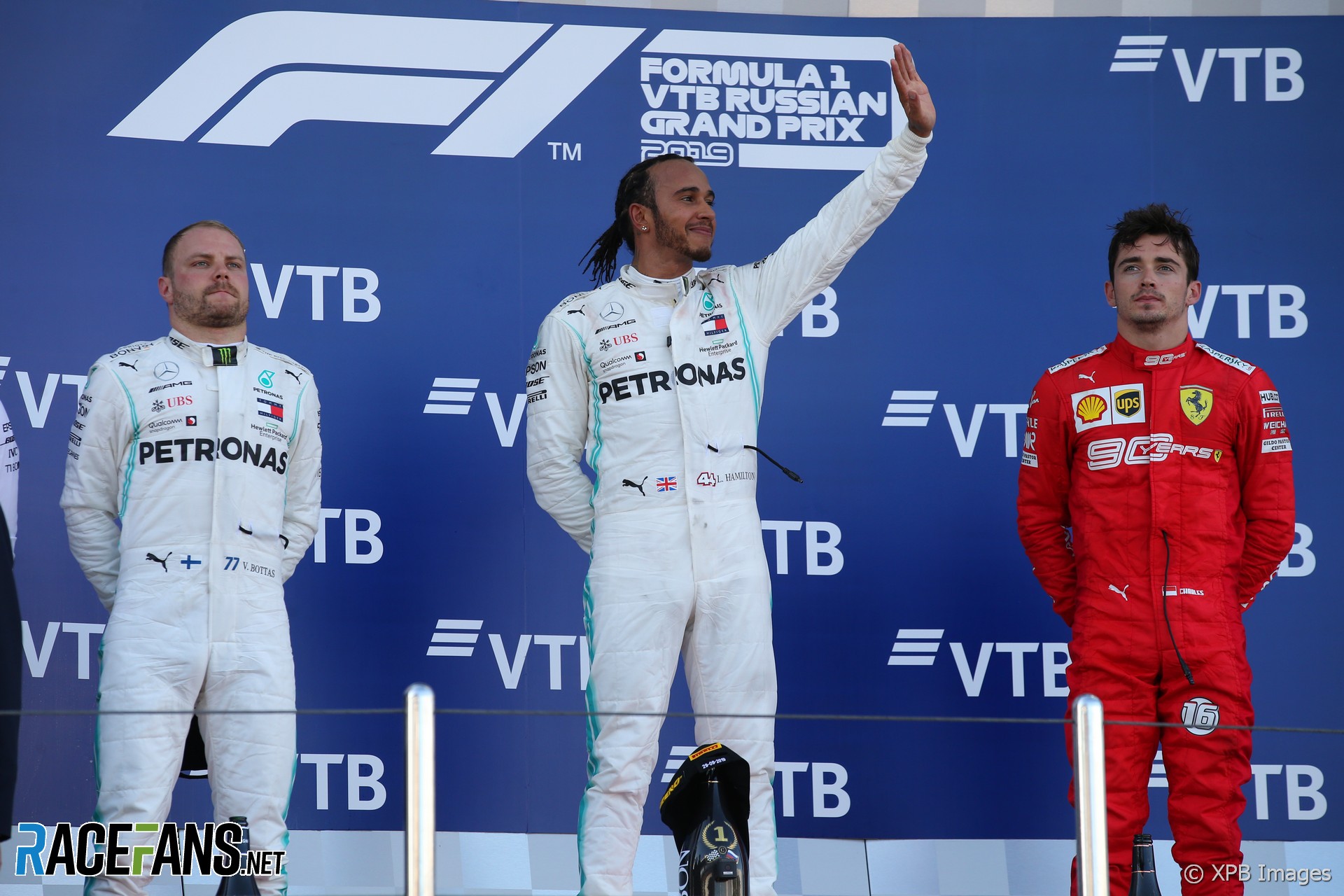 Lewis Hamilton says Ferrari had the right strategy for the Russian Grand Prix despite beating them to victory in Sochi.

Both Mercedes drivers started the race on the medium compound tyres while Ferrari favoured the softs. Hamilton said the race showed Ferrari made the right call.

“We knew that we were obviously on a different tyre,” he said. “We put ourselves on a slightly different strategy in that respect and I was hoping that was going to give us an opportunity to dice and fight with them at some stage in the race.”

Hamilton admitted Mercedes underestimated how durable the soft tyre would be. “I think ultimately they were right because the soft tyre was much stronger than we anticipated.

“There was that difference between the compounds so keeping up with the softs with their consistency and their speed was, oh god it was so hard, so I wasn’t expecting that. There was obviously that slight tail-off towards the end where I was able to start closing the gap but it wasn’t massive chunks that I was taking out of them.”

Mercedes’ strategy had been for Hamilton to run a long first stint on the medium tyres, but the Virtual Safety Car period changed that.

“We were planning to extend for like 15-plus laps or something like that, hoping that when we came back out the soft we would have a chance to be able to fight with one of them who was on a different tyre. But obviously the Safety Car and all those things came into it.”

While Sebastian Vettel’s Ferrari dropped out, Charles Leclerc fell behind Hamilton in the VSC period and then dropped behind Valtteri Bottas when he made an extra pit stop for soft tyres.

“Valtteri did an exceptional job because it’s not easy keeping the Ferraris behind and Charles has been driving so well,” said Hamilton.

“Ultimately [it’s] just an incredible day for the team considering the challenges that we’ve had. I think this weekend we knew that we had to pull more out of this car and there was more potential there, but we didn’t know where it was.

“I think we pulled ourselves a little bit closer to the Ferraris this weekend and it was just enough to get ahead of them.”

20 comments on “Hamilton admits Ferrari had better strategy despite win”