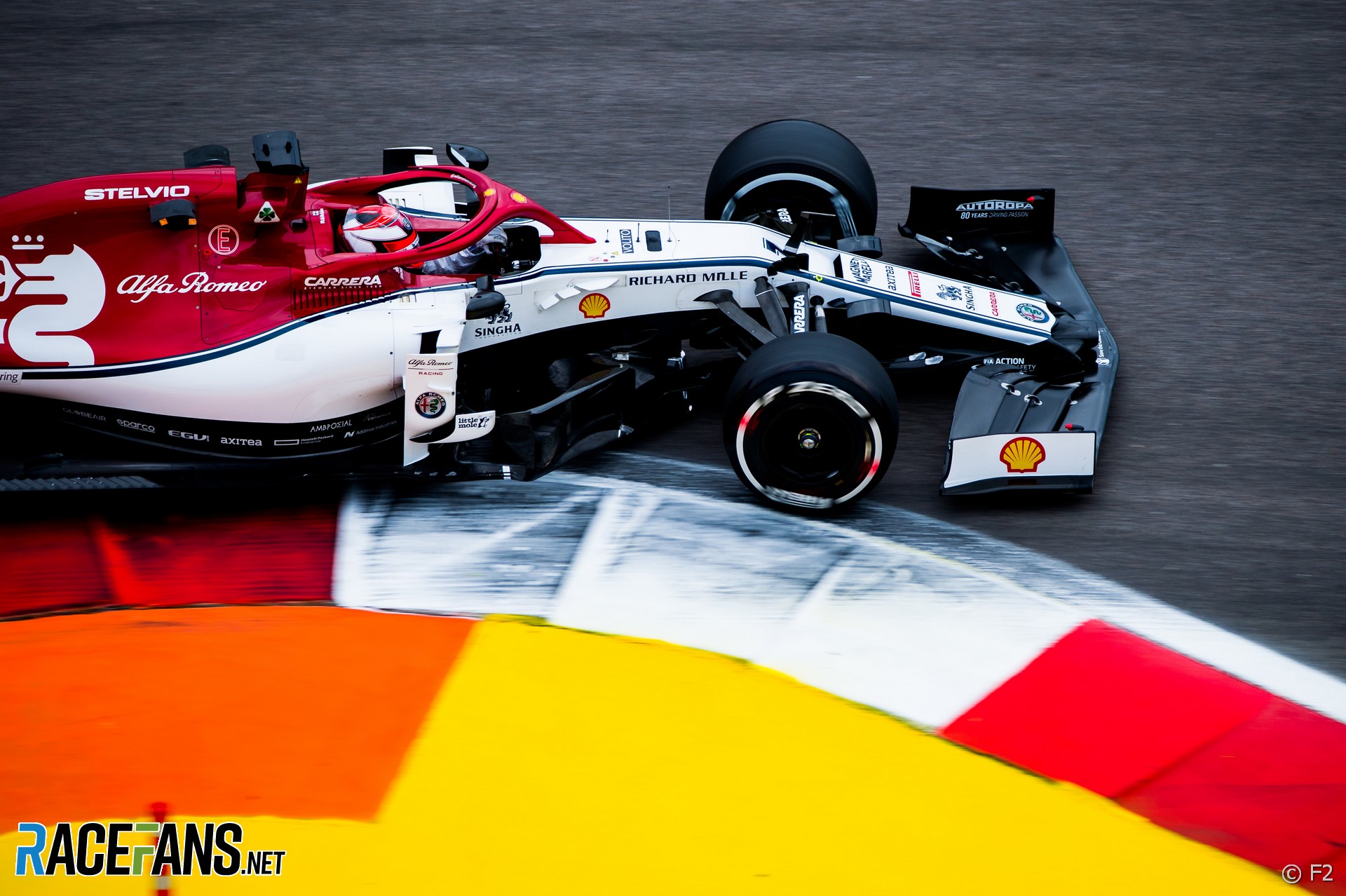 Kimi Raikkonen accepted responsibility for his jump start penalty in Sochi but said his Alfa Romeo’s performance has been poor since the summer break.

“Obviously the race was my fault,” said Raikkonen, who finished 13th after taking a drive-through penalty for jumping the start.

“In the end we got back in the race with the Safety Cars and we managed to un-lap ourselves. But unfortunately we just didn’t have enough speed.

“We could just hang in with Toro Rosso and I could good pass one guy but basically I passed him because they were fighting against each other [and] he run wide.

“But we have to understand, the last four races have been nightmares and we need to figure out what’s going wrong and where and clean up and understand things.

“Out of the last races only Spa we actually [had] speed. The rest has been more or less fighting with it.”

Raikkonen was given two penalty points for the jump start, his first two of the current 12-month period, though the stewards ruled he did not gain an advantage.

“Although car seven [Raikkonen] moved before the start signal, it was determined that he did not gain an advantage by doing so,” they noted. “The penalty prescribed for this infringement, where no advantage is gained, is a mandatory drive-through penalty.”