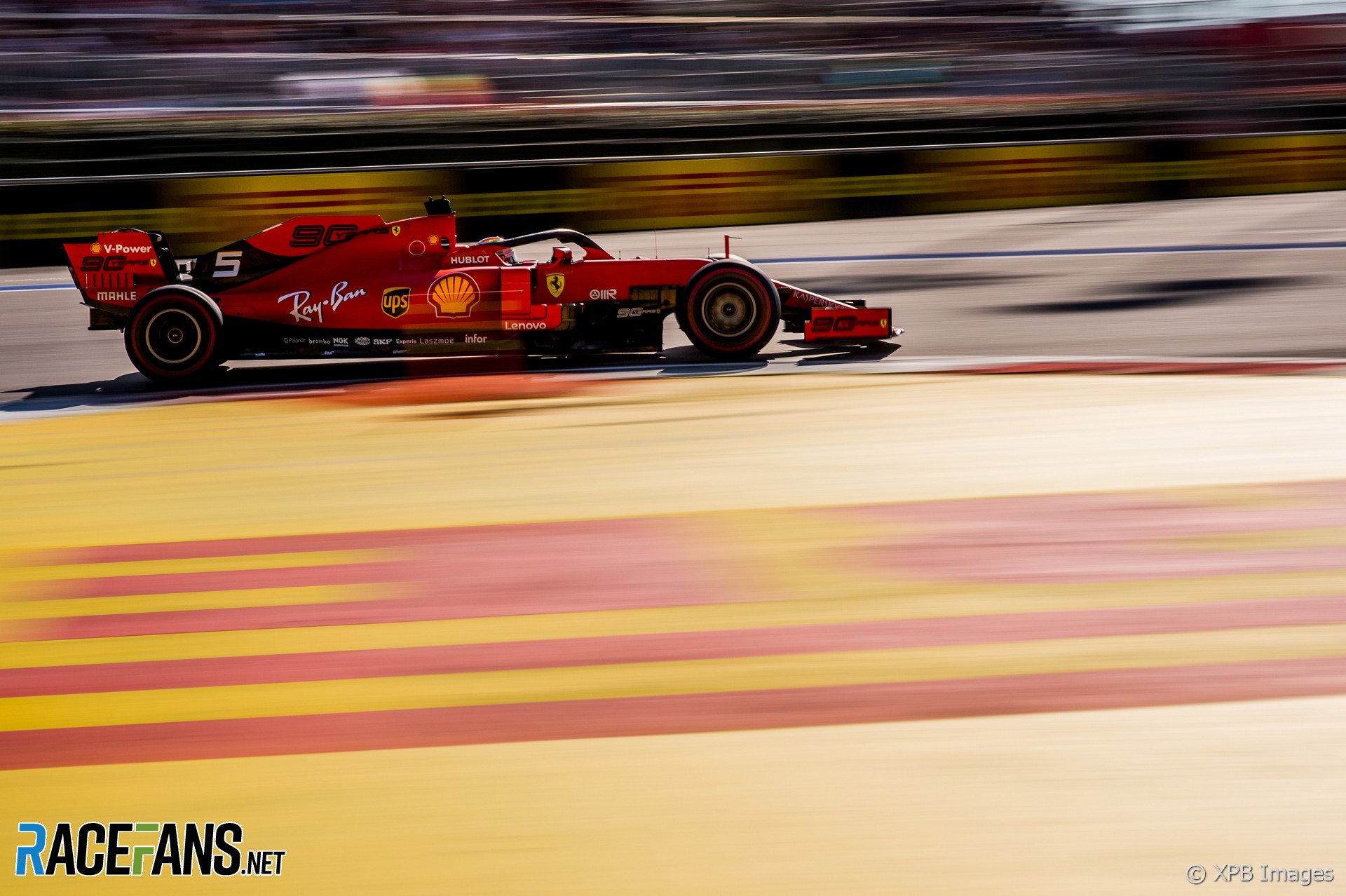 Ferrari team principal Mattia Binotto said the Virtual Safety Car period which cost them victory in Russia could have been avoided if Sebastian Vettel’s power unit problem had developed a hundred metres later.

An electrical problem on Vettel’s Ferrari power unit meant the team told him to stop his car immediately. He pulled over by an access road at turn 15 which meant race control deployed the Virtual Safety Car to allow marshals to move it safely.

“We got a problem on the hybrid side of the power unit and we got a loss of insulation on the car,” Binotto explained. “So for safety reasons we called to stop immediately.

“Obviously a shame because 100 metres maybe later we could have got [to] the pit lane. But it was the safest action we could do for Seb and obviously the safety [comes] first.”

Drivers are not always told to retire if their car becomes electrically ‘unsafe’, as was the case for Alexander Albon at Silverstone. Binotto said uncertainty over the exact cause of Vettel’s problem led them to tell him to retire immediately.

The VSC period gave Lewis Hamilton the opportunity to make his pit stop and rejoin the track ahead of Charles Leclerc, which cost Ferrari their chance to win the race. FIA race director Michael Masi said there was no better alternative to using the VSC in response to Vettel’s stoppage.

“The car was unsafe, effectively from an electronics point of view. And it stayed unsafe until the end of the race. So to recover it in the safest possible manner and putting marshals out there to do so, it was a very simple decision to put out the VSC.

“Moving it back into that hole because of the electrical issue that there was with the car, we made sure that it was well and truly clear and in a safe position until going forward.”