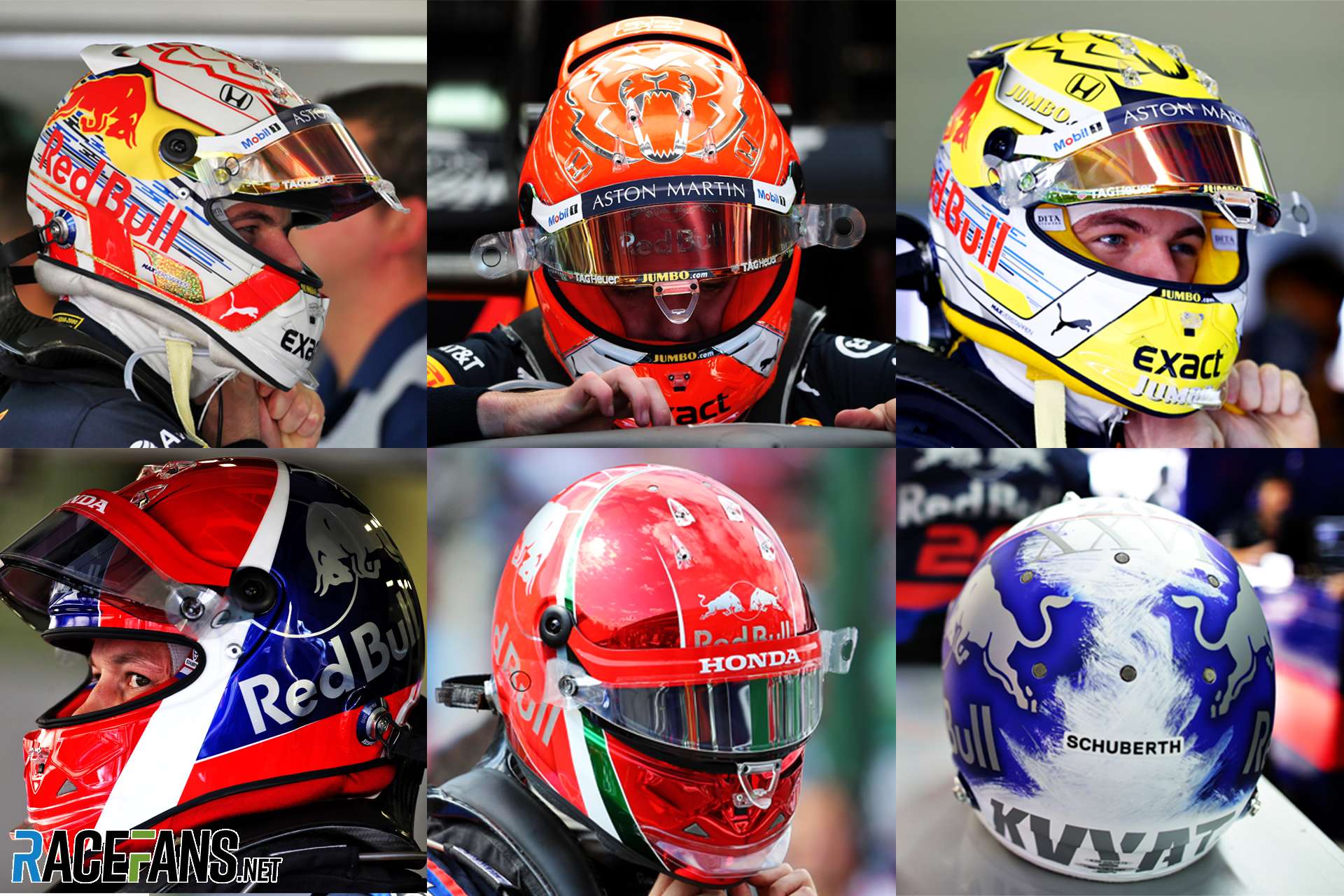 FIA race director Michael Masi says the sport will look at how it enforces restrictions on drivers’ helmet artwork after Daniil Kvyat was denied permission to use a special design for his home race last weekend.

Article 9.1 of the sporting regulations states: “In order for drivers to be easily distinguished from one another whilst they are on the track, the crash helmet of each driver must, with the exception of one event of the driver’s choice, be presented in substantially the same livery at every event during a championship season.”

The interpretation of “substantially the same livery” has come under question. Max Verstappen was allowed to use noticeably different helmet designs for at least three races this year.

However Mase denied Kvyat was “picked out” when he was told he could not use the helmet design he brought to Sochi.

Masi said he told drivers the FIA will consider the implementation of the rule but changing it for next year would require the unanimous support of the teams. “I said to the drivers on Friday night it’s something that we’ll look at but there are a number of inputs.

“It’s not just the FIA it’s the F1 Group we’ve also got, at the end of the day, you guys [print media], broadcast media. It’s funny talking to some of the commentators about it, they said the reason why it was there is because of us because when we’re looking down we know who’s in the car, [if] we’ve got someone changing helmets all the time, we’ve actually got to think and look twice and see who it is when we’re doing the live television broadcast.

“So there was various reasons why it was brought in. And it’s one of those of we’ve already spoken about it, we discussed it on Friday night and said let’s have a look at it.

“It would, at the end of the day, it would require a regulation change is the simple part. There is your one joker a year that you’re allowed and when the question’s are asked the response is relatively black and white.”