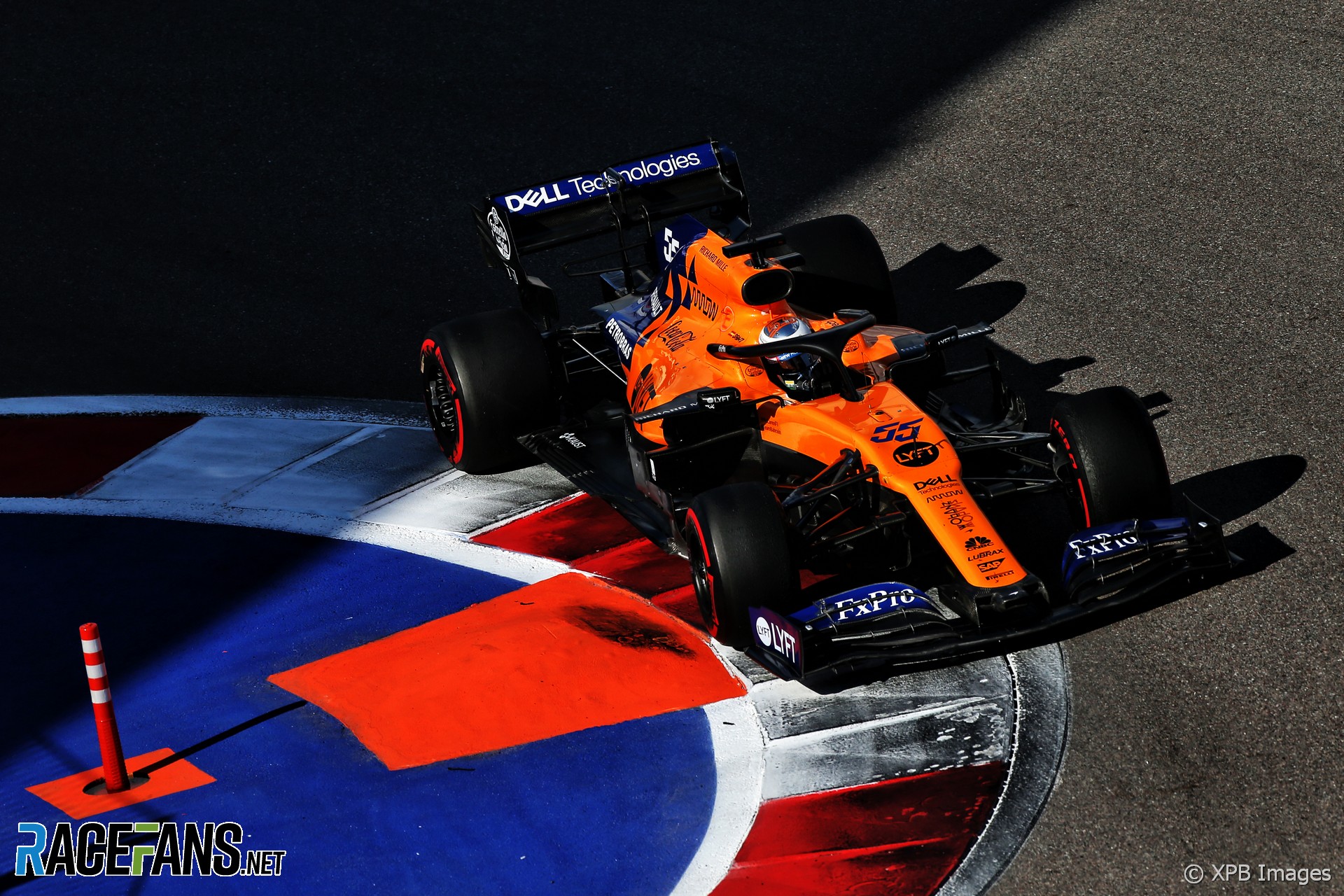 It was another really solid weekend for Sainz. He improved consistently throughout qualifying and took fifth on the grid after Max Verstappen’s penalty, and even got in among the Mercedes at the start thanks to the slipstream.

The team understood it wasn’t worth trying to hold back the silver cars or the Red Bulls, and Sainz banked a valuable sixth. Without the Safety Car period, he probably could have kept Alexander Albon behind.

Getting a Racing Point home between the two McLarens was an achievement, one which came about thanks to Sergio Perez’s opportunistic move on Lando Norris as Albon passed the McLaren driver.

Perez had even run ahead of Verstappen for a while in the opening stages, and despite the Safety Car not playing in his favour, he bagged an excellent seventh place.

Undoubtedly Hamilton needed a big slice of luck to win his ninth race of the year, and the Virtual Safety Car period supplied it. However he was the only Mercedes driver in position to benefit from that, and that was because he was clearly the quicker of the two.

Hamilton seems to have raised his game in qualifying lately, and once again he split the faster Ferraris on the grid, not that it did him much good at the start. However he stayed close enough to grab the lead and preserved his tyres well enough to squeeze in a quick lap for the bonus point at the end of the race.

After a great first half of the season for Kimi Raikkonen, he’s been largely unimpressive since the summer break. In Sochi he was out-qualified by Antonio Giovinazzi again, then jumped the start, a baffling error for the most experienced driver on the grid.

He managed to finish in front of his team mate, though Giovinazzi’s damage and the Safety Car timing had a hand in that.

Right from the start of practice, when he bounced his RS19 off a wall, Daniel Ricciardo never looked particularly comfortable in his Renault in Sochi. Having started behind his team mate, his race was ruined when he tangled with Giovinazzi and Romain Grosjean on the first lap.

Points have been scarce for Haas this year, so when a fortuitously-timed Safety Car period elevated Magnussen to sixth place they looked set to cash in. However his defences were pierced by Sainz and Perez, and another position was needlessly lost when he rejoined the track incorrectly at turn two.

Sebastian Vettel’s MGU-K failure meant we never got to see the tensions at Ferrari resolve themselves on the track. Vettel repeatedly refused to let Charles Leclerc by, despite having apparently entered into a pre-race agreement with the team which obliged him to. As in Singapore, it’s hard to see what more Leclerc could have done to prove himself worth of the win given Ferrari’s management of the race, having once again out-qualified his team mate.

While Valtteri Bottas remains Hamilton’s closest title rival, Sochi provided no indication he is likely to step up over the remaining five rounds. Verstappen had an unusually unspectacular race to fourth, while Albon made amends for his qualifying crash by reclaiming fifth. The Safety Car helped, but so did gutsy passes on the likes of Pierre Gasly.

The Toro Rosso driver was plagued by overheating problems throughout the race. His team mate Daniil Kvyat made some progress from the back of the grid, having been sidelined by two power unit failures during practice.

Lando Norris took more useful points for McLaren while Nico Hulkenberg did his best to limit the damage for Renault after his car developed a minor engine problem. He was only a second away from beating Magnussen to eighth.

Outside the points, Lance Stroll finished behind Perez as usual, while Giovinazzi’s race was spoiled by damage due to the first-lap collision which put Grosjean out. George Russell went into a barrier shortly after his pit stop, suggesting something might have gone wrong on his Williams. The team withdrew Robert Kubica’s car immediately afterwards, claiming a shortage of parts.