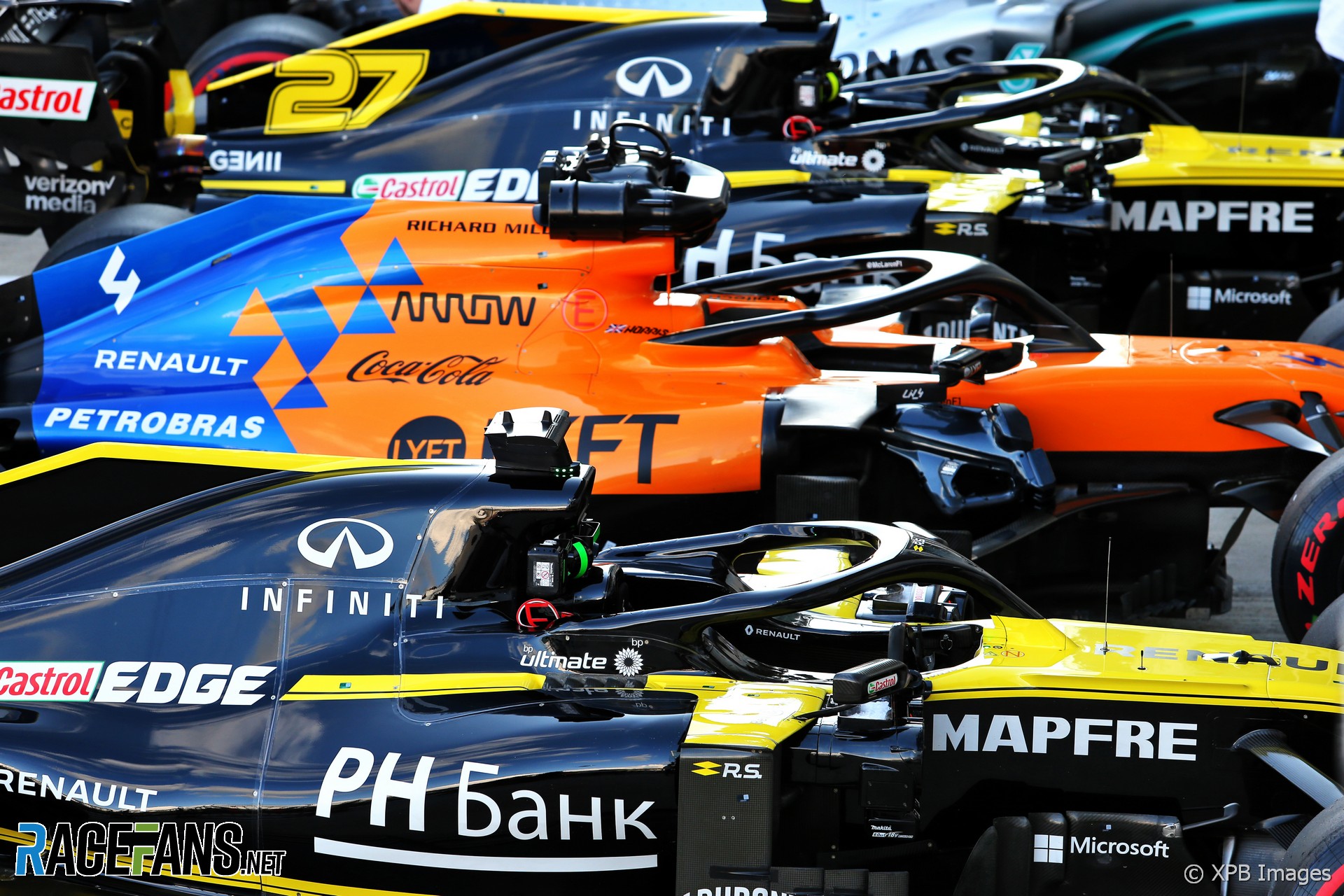 In the round-up: Nico Hulkenberg is concerned Renault won’t be able to beat McLaren to fourth place in the constructors’ championship.

McLaren out-scored Renault again in Russia, pulling 33 points ahead of them with five rounds remaining:

Obviously we lost points again, I don’t know what the gap is not maybe 30. But yeah it’s a lot of wood. And obviously every race that goes by and we don’t outscore them it gets obviously more and more difficult.

Whilst we want to fight in the championship we need to focus race by race and just try to get everything out of it, stay clean and smooth and I think that’s all we can do for now.

Sebastian Vettel on his "bring back the fucking V12s" comment and whether his dislike for the V6 hybrid turbo power units could lead him to race outside #F1. pic.twitter.com/bWmIFMHZXU

"It’s a potentially explosive combination and needs careful handling. Of course, Mattia is well aware of how this kind of dynamic can work as he has experienced it before when he was a young engineer, but now the honour and obligation falls to him to make sure that mechanism that drives what can be healthy rivalry runs smoothly."

How Ferrari lost and Mercedes cashed in (Sky)

Karun Chandhok: "Ferrari made the phone call to swap positions but Sebastian I think made the right call to say that they should wait as they were pulling away from Hamilton."

"At the time, motorcycle racing thought F1’s asphalt runoffs were a disaster: how could asphalt provide softer landings for a bike racer than gravel beds? However, they can, when used in the correct situation. When bike racers fall they slide across the asphalt, with less likelihood of getting flipped."

Jim offers an interpretation of the developing tensions at Ferrari:

At Monza Leclerc clearly didn’t follow team orders during qualifying. We know this because of the comment at the end of the race when all was forgiven.

Then Vettel gets a win because Ferrari gave him the undercut. (payback for Monza?) Ferrari shows up in Russia thinking that each driver is in a good place as they each have recent wins.

In order to keep the harmony Ferrari comes up with an agreement for the start in order to hold off Mercedes. Unfortunately the agreement went right into the bin by the end of lap one . They started 1-3, hoping for a 1-2 finish and end up with a 3-and a DNF. Very ugly and I don’t know how they are going to convince Leclerc to trust Vettel on the track.
Jim from US (@Jimfromus)

Happy birthday to Scribe and Stacy!

24 comments on “Beating McLaren getting “more and more difficult” for Renault, says Hulkenberg”