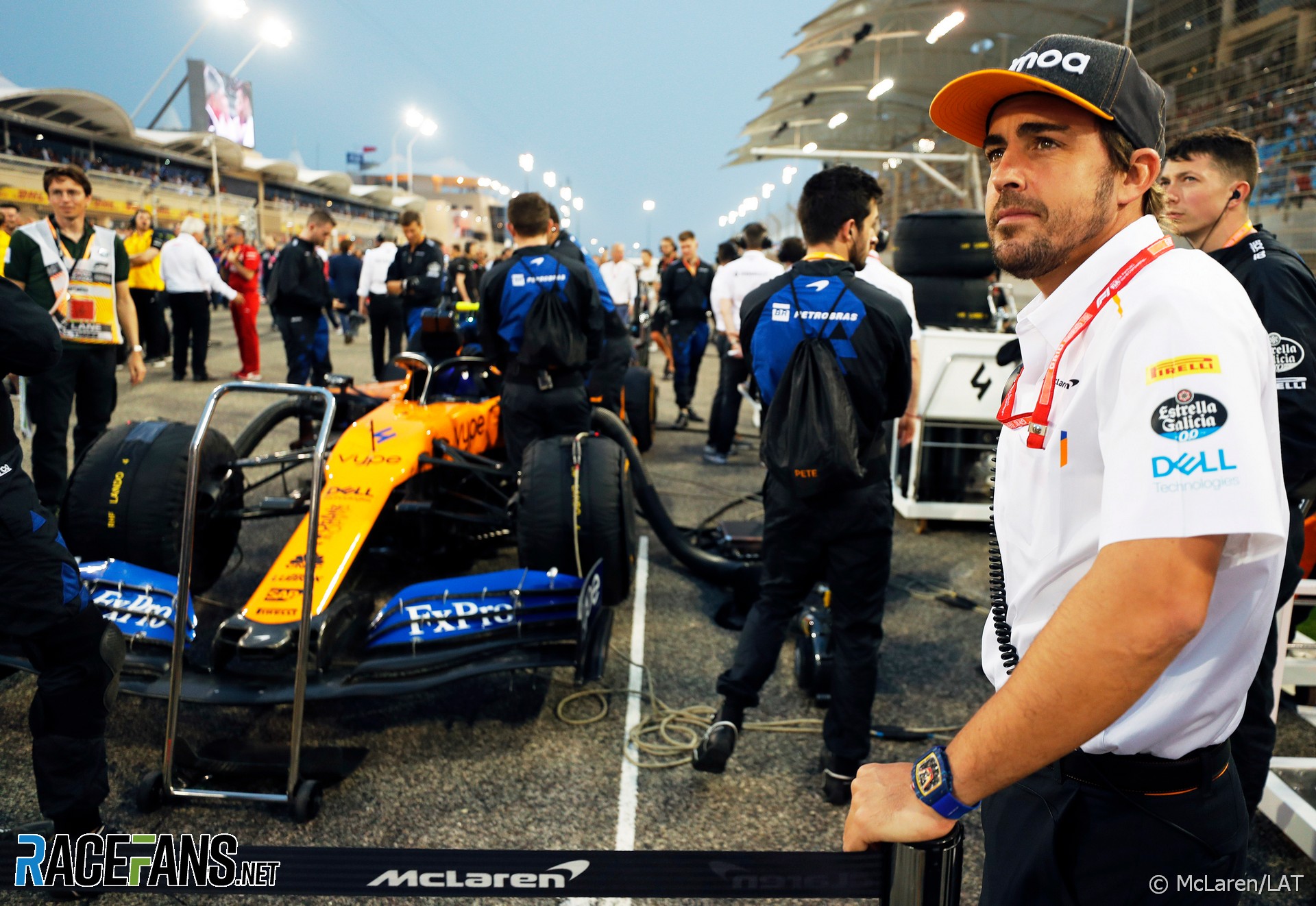 Could McLaren’s deal to use Mercedes power units in 2021 offer Fernando Alonso the chance to return to Formula 1 with a package capable of winning the world championship?

Alonso’s inability to get his hands on a Mercedes power unit during the V6 hybrid turbo era was a big part of the reason why he was unable to repeat his championship successes of 2005 and 2006. That was rooted in the catastrophic fall-out of his single season with the three-pointer star in 2007.

His role in the ‘spygate’ affair, which saw McLaren fined a record $100 million by the FIA for using confidential information belonging to rivals Ferrari, soured his relationship with Mercedes. Alonso was involved both in using the information and revealing its existence to the FIA.

Mercedes team principal Toto Wolff previously alluded to Alonso’s “history” with Mercedes being part of the reason why he wasn’t considered for a drive at the team, even as recently as last season.

But speaking following the announcement of McLaren’s deal to use Mercedes engines from 2021, Wolff said the ‘Spygate’ affair was not a consideration in their new relationship with the Woking squad.

“I think that [was] a dark time for McLaren and Mercedes back in the day,” said Wolff when asked about Spygate. “It cost us both quite some money to remedy the actions of individuals. And in this respect there is no feelings at all, we have moved on, it’s 11, 12 years later and it hasn’t played any role in the decision.”

While Alonso, who is yet to confirm his plans for 2020, may not be about to get his hands on a works Mercedes, could he drive a Mercedes-powered McLaren in 2021? McLaren Racing CEO Zak Brown gave an emphatic “no” when asked whether the Mercedes deal places any restrictions on who McLaren can or can’t put in its cars.

So will we see number 14 back in an orange McLaren in 2021? It seems unlikely for the simple reason that neither side particularly appears to want it.

McLarens appear to have fully embraced life after Alonso. They can have few complaints about the job Carlos Sainz Jnr and Lando Norris have done for them this year, and confirmed early this year both will return for another season in 2020.

“I think we have not a single doubt in terms of these two guys being the future for us,” said team principal Andreas Seidl on Sunday evening in Sochi after the team put further distance between it and midfield rival (and current engine supplier) Renault.

“[It’s] great for us, great for the team to have this clarity also because it helps us again to focus on our core mission which is to develop, produce a quicker race car and get better and better as a team as well.”

As for Alonso, his priorities are clearly elsewhere. Having bagged his Le Mans 24 Hours victory (twice), he is still looking to unlock the ‘Triple Crown’ achievement by winning the Indianapolis 500. The IndyCar classic will again clash with the Monaco Grand Prix on the 2020 F1 calendar, and that’s unlikely to change in the future, making a full-time F1 commitment impossible. On top of that, he’s actively preparing for a likely tilt at the Dakar Rally with Toyota.

It’s not just Alonso’s many supporters who would like to see him back in a competitive F1 car. He was clearly still at the top of his game when he bowed out at the end of last season with an undefeated year-long record in qualifying against team mate Stoffel Vandoorne.

Given the right equipment, who wouldn’t want to see him renew his rivalry with Lewis Hamilton and Sebastian Vettel, or measuring himself the sport’s emerging new powers Max Verstappen and Charles Leclerc? Many might want to see it happen, but this latest development doesn’t seem to have made it any more likely.