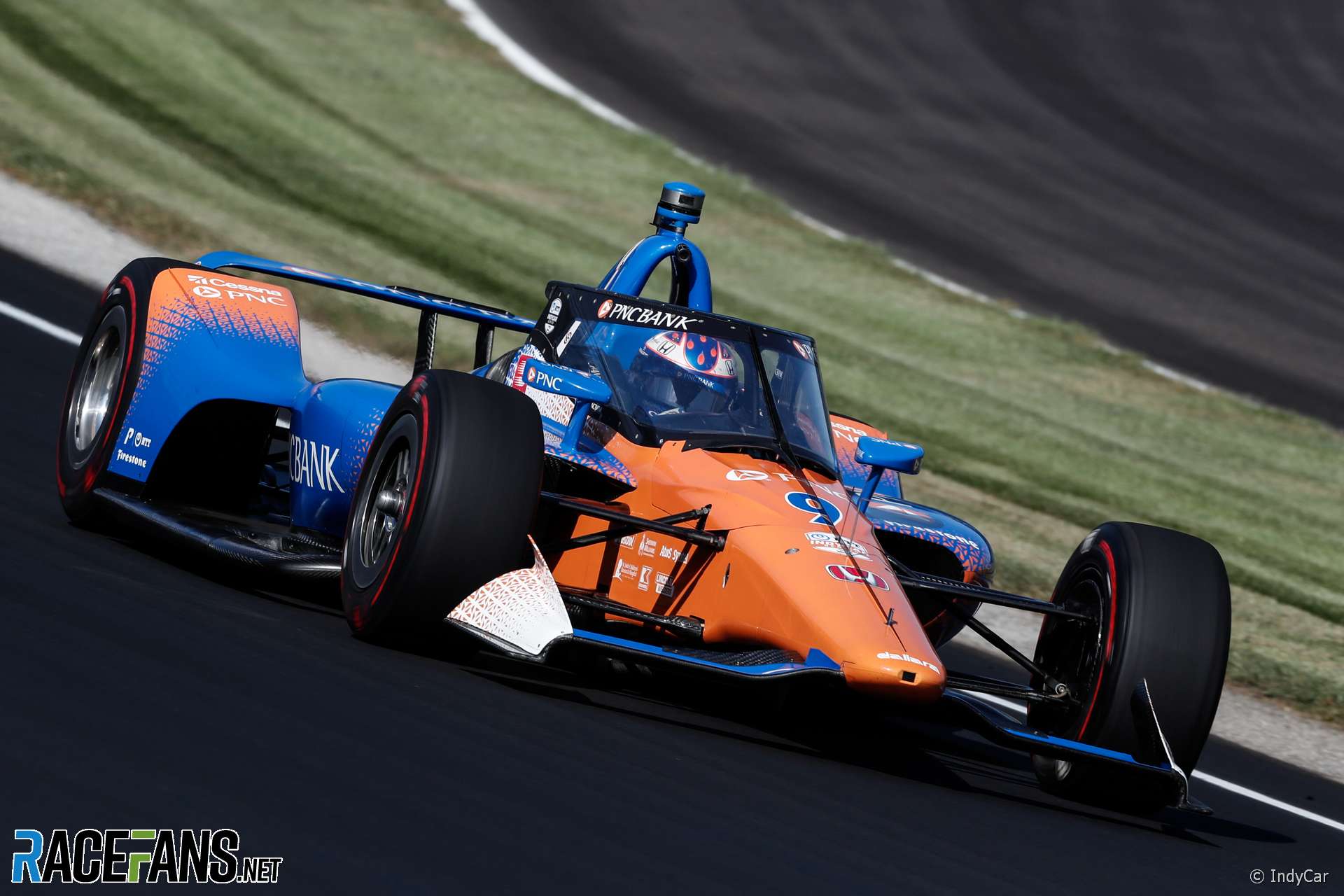 The two drivers who performed with the first test of IndyCar’s definitive Aeroscreen this week said the new safety structure is ready for introduction.

Penske driver Will Power and Ganassi’s Scott Dixon covered almost 1,000 kilometres of running between them using cars fitted with the new screen at Indianapolis Motor Speedway. The screen was created by Red Bull Advanced Technologies and is based on a concept they created for F1 three years ago before it adopted the Halo.

The screen is intended to improve head protection for drivers following a series of major crashes. In 2015 Justin Wilson was killed at Pocono when he was struck by a piece of debris.

Speaking after the test Power said “you could race this weekend, no problem – you could do that, that wouldn’t be an issue.

“That shows what good of a job they’ve done just bolting it straight on. That’s what you get when you work with the best people in the game like Red Bull Technologies and obviously IndyCar, as well, and all the partners involved. You get a product like this, which is pretty seamless, you know, straight in.”

Both drivers admitted the new structure means it takes longer to get in and out of the car. However they said the device, which unlike F1’s Halo includes a screen, does not add as much drag as was predicted. “Once you found the right configuration on top, actually the downforce and drag was pretty close,” said Power.

However he suspects the screen will make cars more sensitive to wind. “You do feel gusts of wind a little more,” he said. “We haven’t had like a terribly gusty day, but I feel like it may have affected the car a bit more.”

Power said the extra weight added by the screen “makes the car more forgiving” in terms of its weight distribution.

“With a few adjustments it worked pretty well. I felt over the whole stint there was a pretty good balance. They really didn’t feel that different to what we had, it’s just a bit more forgiving now because you’ve got more weight up in front.”

Dixon said another side effect of the Aeroscreen is the cockpit is now “super quiet.”

“Compared to just having your head exposed and all that wind and all the noise, it’s almost like you’re in a road car driving around. It’s extremely quiet. You hear the engine a lot more. It’s kind of weird actually. It felt very odd.”

“I can hear my radio for a change,” he added. “Normally I can’t hear that.”

Three further tests of the Aeroscreen are planned before the end of the year. Penske’s Simon Pagenaud and Andretti’s Ryan Hunter-Reay will driver at the Barber Motorsport Park road course on October 7th. A further oval test will take place at Richmond, which is returning to the IndyCar calendar next year, with Dixon and Penske’s Josef Newgarden on October 15th. After that Schmidt’s James Hinchcliffe and Coyne’s Sebastien Bourdais will run the Aeroscreen at the Sebring road course on November 5th.

52 comments on “IndyCar drivers says Aeroscreen is ready to race”