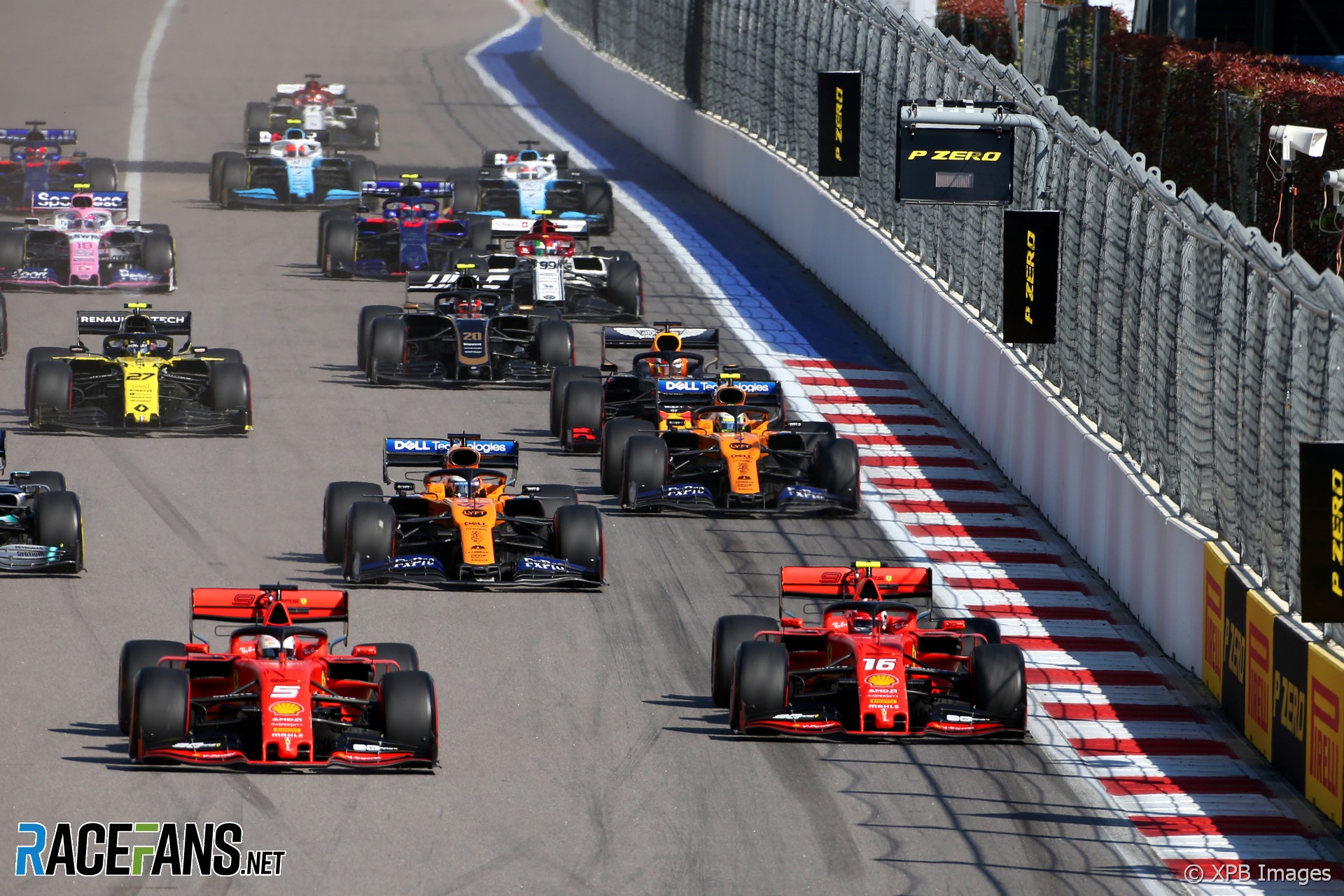 In the round-up: FIA race director Michael Masi has no concern over whether Ferrari acted improperly by ordering Sebastian Vettel to let Charles Leclerc pass him in Russia.

Masi was asked whether there were any concerns over Ferrari’s use of team orders, a ban on which was lifted after the team used them during the 2010 German Grand Prix:

I think it’s part of the team sport that we’re in. I don’t know that I can talk from an FIA level of what the broad FIA policy is on it because it’s never been a discussion. But at the end of the day team orders have been a part of the sport for a long time as far as I can recall. So I don’t know that I can say yay or nay you know that you know it’s not something that I’ve got a view on.

We're excited to announce that content from the ABB FIA Formula E Championship will feature in Motorsport Manager Online for App Store and Google Play.

Formula E drivers, cars, liveries, tracks and more will be coming to the game when it launches in 2020. pic.twitter.com/4lkAIID2Ql

"It's an experiment for us and we'll see how it goes; hopefully it'll correlate well with what we expect and use that as the basis going into next year."

Once again, Dixon thinking about the titles that got away (IndyCar)

"No regrets. We tried hard this year and just came up a little bit short. You win some, you lose some. Congrats to Josef, he had a fantastic year and Penske did a hell of a job."

Jolyon Palmer: "Despite all parties putting on a united front to the media, the trust in the relationship between drivers will be teetering on the brink. Can Leclerc trust Vettel now to comply to team orders? No."

"We go there, I qualified on pole alongside Nelson Piquet. I was on the pre-grid and this older guy shuffled up to the Big D and I saw them talk. Then Big D comes up to me – I’m strapped into the car by this time – and says ‘ that guy says that if you win this race he will put me into a Formula 1 car before the end of the season’."

Following yesterday’s feature on how F1 canvasses the opinions of fans, what’s been your experience of giving feedback to the championship?

I stopped doing the fan survey questions last year because I felt a lot of them were very leading in order to get the results they wanted rather than what my actual views were.

I recall one talking about qualifying for instance where I gave an answer that i’d like things to stay as they are but then next questions were all asking me about alternative formats as if I hadn’t given my initial answer. I came away feeling like i’d just given the green light to sprint races even though i’m completely against them.

Then I recall another regarding the points system which only gave options to vote for extending beyond 10th. There was nothing that allowed you to say you were happy with how it’s is, Just tick boxes from 11th to 20th.
@Stefmeister