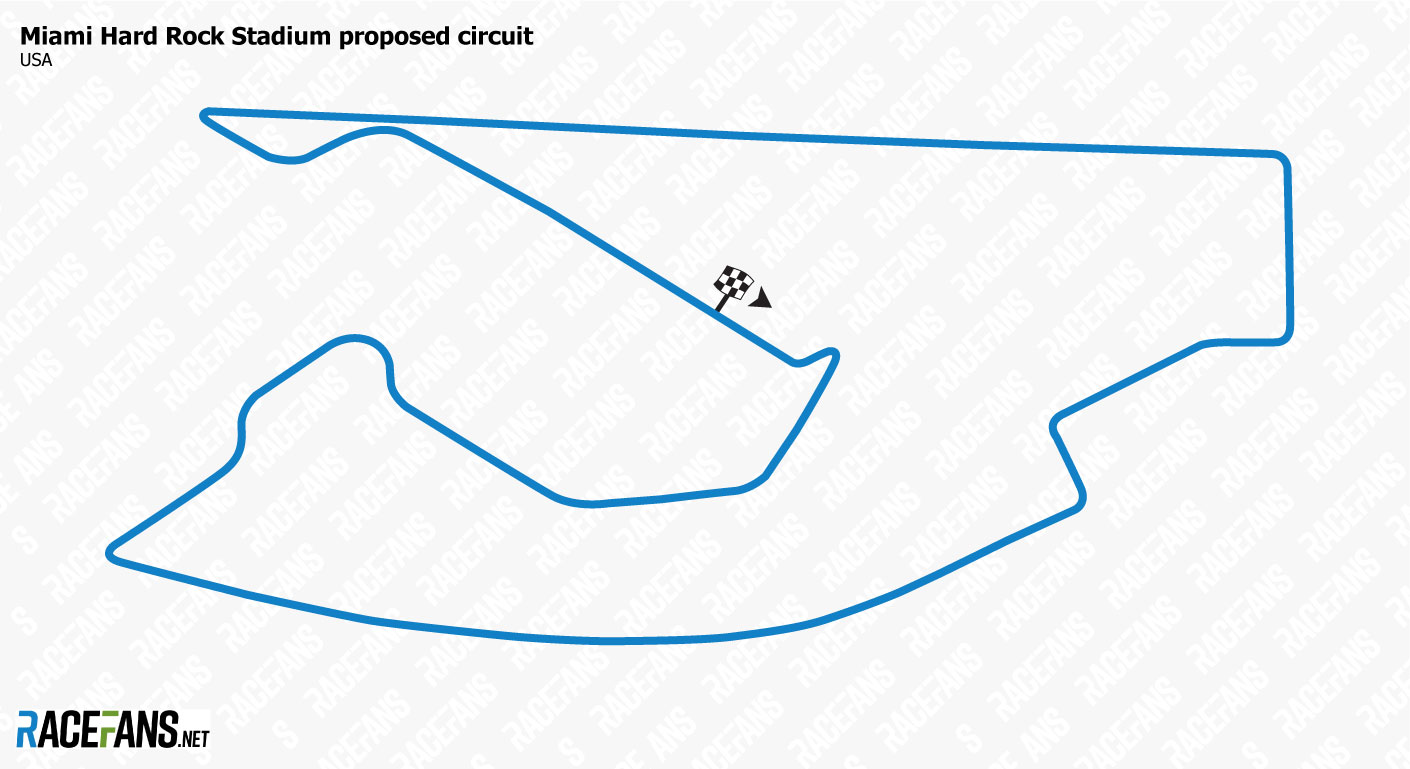 However the proposal for a race in America’s seventh-largest city continues to face strong local opposition despite the relocation of the intended site from the Bayside area to the stadium in the north of the city, which is the home of the National Football League team Miami Dolphins.

The latest track design would run through the car parks and roads around the 80,000-capacity stadium. The 18-turn anti-clockwise configuration, illustrated above, would include long flat-out sections on its north and south side. Details published by the Miami Herald indicates the pit and paddock would be situated on the north-east side of the stadium.

The Miami Dolphins team is owned by Stephen Ross, who has been trying for several years to organise a Formula 1 race in Miami. However earlier this year he abandoned efforts to secure a downtown site for the event in a district previously used by Champ Car and Formula E.

Having failed to gain a slot on the 2019 or 2020 F1 calendars, the event organisers are targetting a May 2021 date for Miami’s first Formula 1 race.

The stadium falls within the district of commissioner Barbara Jordan, who has tabled a proposal which would require the race to be approved by the commission, and prevent any roads in residential areas being closed temporarily. Some residents have also raised objections to the potential increase in noise, pollution and traffic due to the event.

The Hard Rock Stadium circuit is the latest in a long line of proposed venues for F1 in Miami. An early concept involved racing through the PortMiami Tunnel. Another route around the AmericanAirlines Arena ran in trouble when promoters were forbidden from using an area of land east of the arena. This led them to consider a new route through Bayfront Park, and later extended the track further into PortMiami, before the downtown plan was scrapped entirely.

F1 previously used a car park-based circuit when it raced in Las Vegas, which held the 1981 and 1982 season finales.