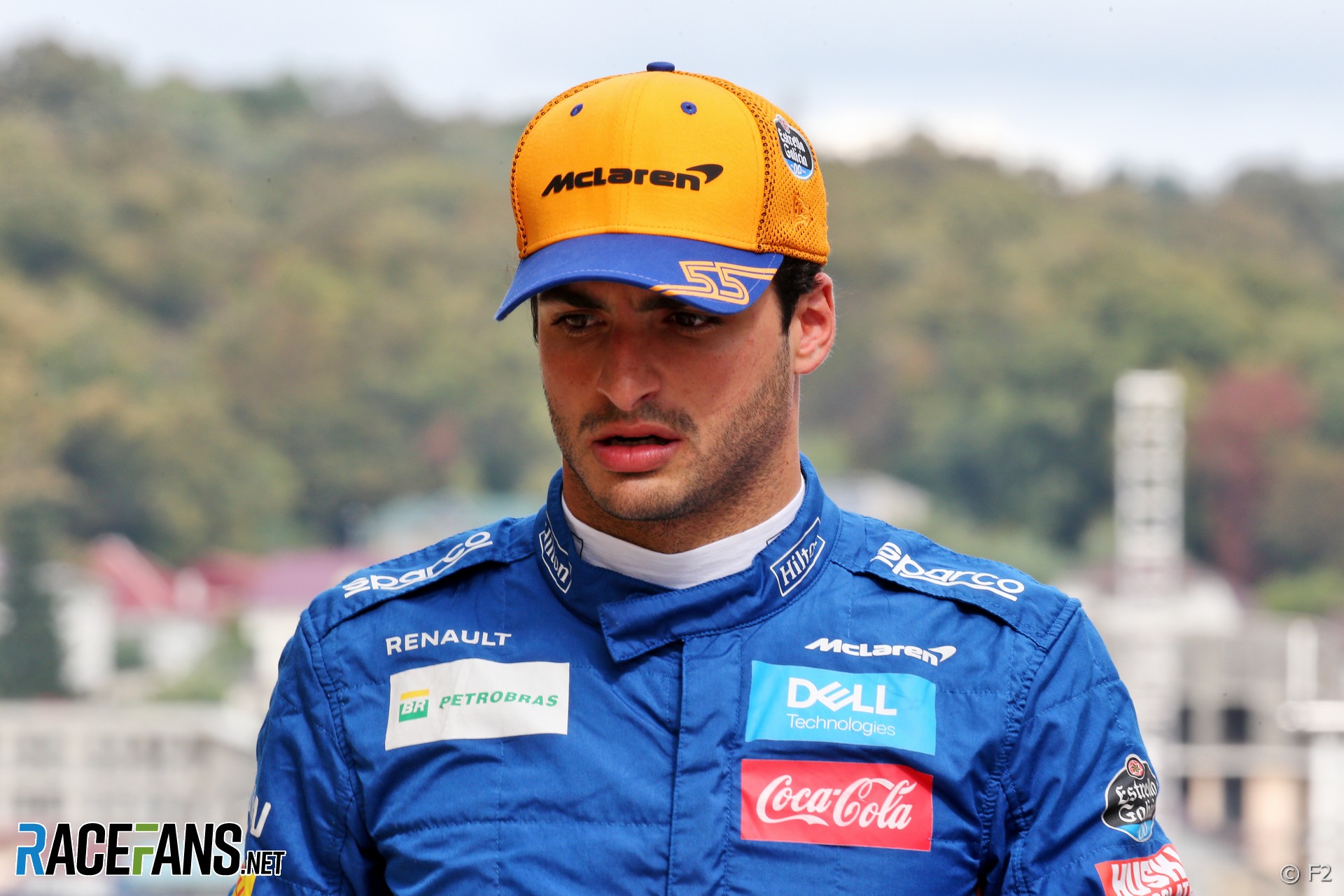 McLaren is targeting sixth place in the drivers’ championship for Carlos Sainz Jnr.

Sainz lies seventh in the drivers’ championship on 66 points with five races remaining. He is three points behind Pierre Gasly, who moved from Red Bull to Toro Rosso during the summer break.

However Alexander Albon, who took Gasly’s place at Red Bull, has moved to within 14 points of the McLaren driver. Team principal Andreas Seidl admits it will be difficult to keep Albon behind.

“For the drivers championship clearly our target with Carlos is to score P6,” he said. “There’s two main competitors which is Gasly and Albon. Albon is catching up quickly So hopefully we can keep this fight up as long as possible.”

If Sainz finishes sixth it will be the first time a driver from outside Mercedes, Ferrari and Red Bull has finished in the top six positions since 2015.

“It’s impressive what Carlos is pulling off not just in qualifying but also what he’s doing race by race,” said Seidl. “He was really unlucky in six races so far this year not scoring points. But whenever we gave him the machine to battle it out the track. He’s delivering and that’s impressive.”

Seidl, who joined McLaren earlier this year, said he was immediately impressed by Sainz’s technical feedback.

“Carlos, you could see straight away, the first time I met him, that he has experience already. He has seen two other teams already in the past which brought him a lot of experience which he and then several seasons on his back already.

“So he was a key element in terms of guiding [and] driving the development of the car since his first test last year in Abu Dhabi.

“Sometimes when you hear him speaking you think he has an engineering degree as well. Which is great, but at the same time he is still young as well. He keeps learning and developing together with us as a team.”

15 comments on “McLaren target sixth in championship for Sainz”