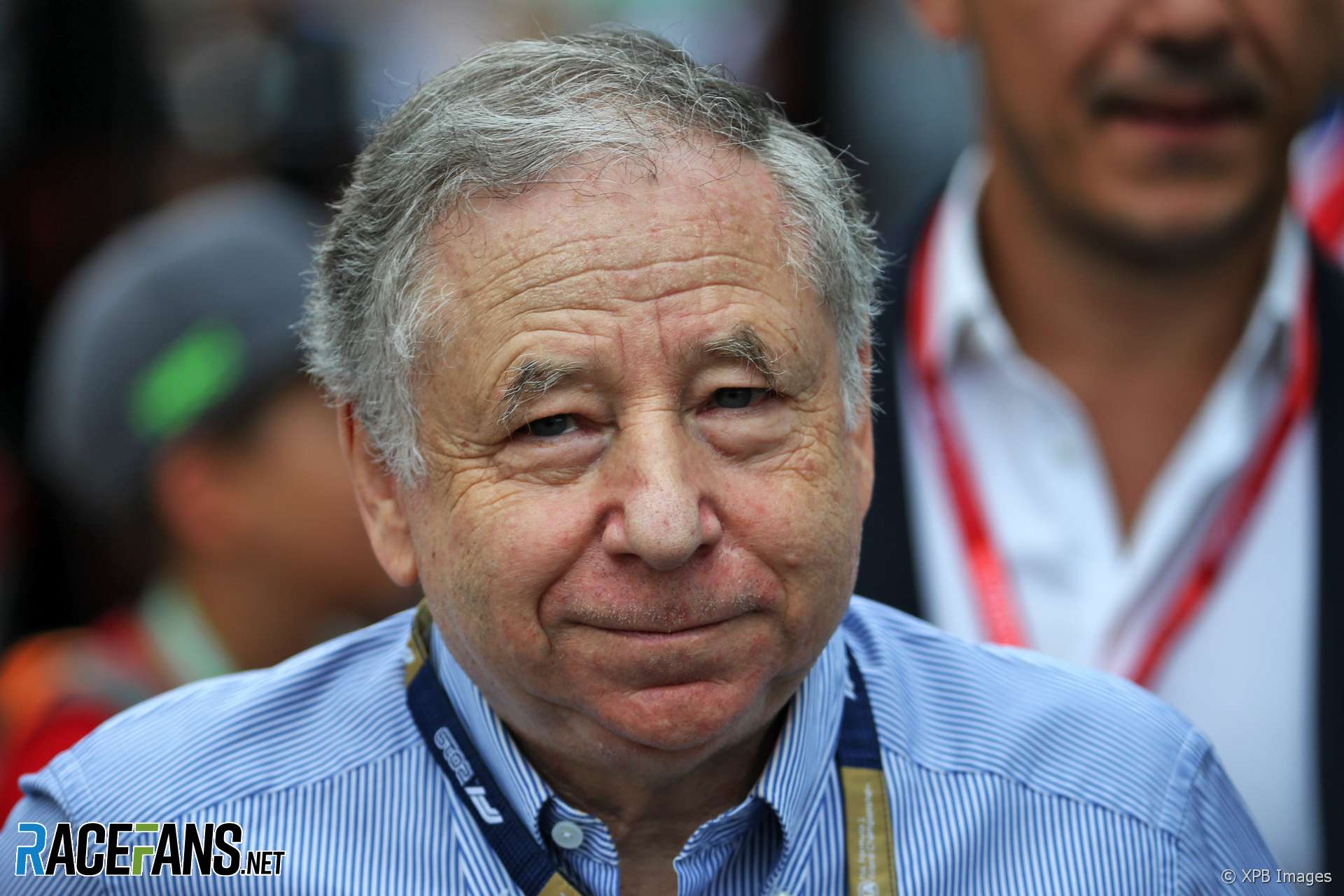 Formula 1’s new budget cap for the 2021 season will have no effect on most of the teams on the grid, FIA president Jean Todt has admitted.

Todt said agreeing the cap had been “a lengthy and difficult process” but believes the cap needs to be lowered to have a full effect.

“The most important thing [is] that finally we agreed on the principle,” he said. “Still it’s something I’ve been mentioning already [the] budget cap I feel is too high.

“For about seven out of 10 teams it will have no influence. It will have only influence on three teams. But still it will diminish the gap between those seven teams and the three others. So it’s a good thing.”

Among the exceptions to the caps are salaries for drivers and top team staff, $15m for power unit costs, plus marketing, hospitality, travel and accommodation.

“Some parts have been excluded,” Todt continued. “But I think the important thing is that it’s a first step. It was to initiate the principle. Then once it is initiated it will allow us to move after that to the second step.”

The budget cap is intended to bring the F1 field closer together and make the racing more competitive, which many drivers have urged the sport to do. Haas team principal Guenther Steiner said those drivers should encourage their teams to lower the budget cap further.

“The drivers, obviously they are right to say that the field is not close together enough,” said Steiner. “We know that.