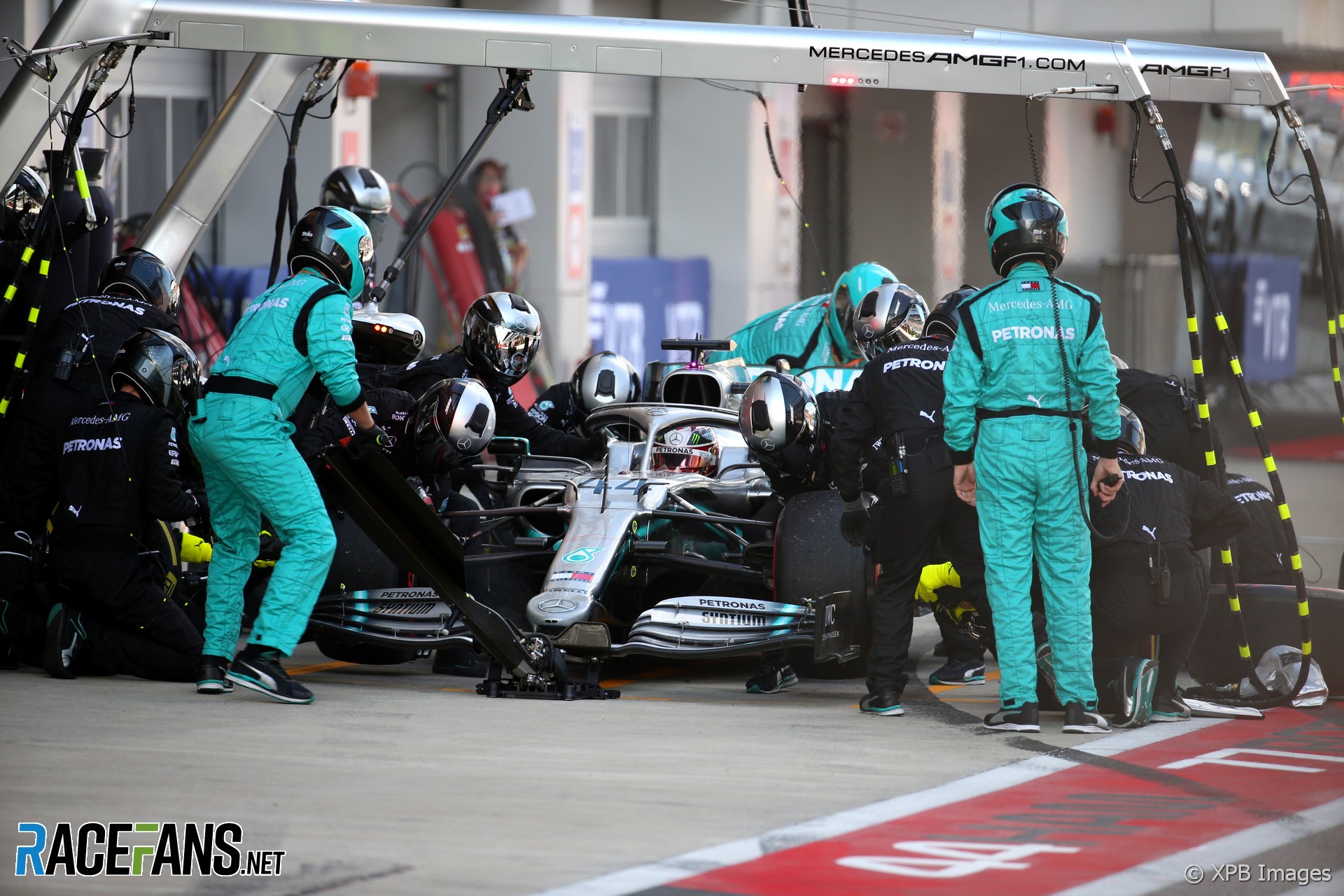 In the round-up: Mercedes team principal Toto wolff says the team’s recent poor fortune was reversed by the Virtual Safety Car in Sochi.

Wolff was asked whether Ferrari’s recent resurgence was down to them performing better or Mercedes experiencing difficulties:

I think the truth is somewhere in the middle.

I think they have made, and continued to make, big steps in straight-line performance. They have had a good car in Singapore, they had a very good car in Sochi and if you put these dots together you are setting the benchmark. And this is what they did these last two weekends.

In the same time we haven’t brought upgrades since a long time onto the car and haven’t probably managed the things as optimal as we can manage.

But also we’ve been a bit unlucky with our calls. In the last few races we could have won some of these races and we didn’t and all that bad luck turned into good luck [in Sochi].

Also testing today (and kicking up sparks) was @alex_albon for @redbullracing: they completed 115 laps of @Circuitcat_eng, again trying out 2020 #Fit4F1 tyres. 🍩🏁 pic.twitter.com/12RzcdZL92

35 years ago today the 'new' Nuerburgring held its first F1 race, which was won by Alain Prost. Ayrton Senna and Keke Rosberg collided at the start. #F1 #OTD pic.twitter.com/RXu9pBJNaY

"It was great that we were competitive all weekend. The car felt good from FP1, which usually gives you a clear representation. Obviously, it was then painful to watch the race from hospitality, but it was really good to see that Kevin was managing to keep some fast cars behind with good pace."

"It’s definitely one of my favourites and it holds many memories too, from when I was racing in the Japanese Super Formula series, but also, each time I’m at Suzuka, my thoughts are of course always with Jules (Bianchi) because of what happened there. It’s a Grand Prix that always generates strong emotions."

Beware the enemy within: Leclerc and Vettel continue a timeless F1 tradition (The Guardian)

"Vettel’s refusal to yield the lead to the younger man in Sochi seems to have its origin in an incident last month at Monza, an ultra-fast track where teammates are expected to assist each other during qualifying by providing an aerodynamic tow."

Quite a lot of you have argued against the qualifying races trial, but Urvaksh made a case for it:

Trying something new harms no one. After all, if you don’t try you don’t know. Give it a go, see what comes of it.

But don’t reject an idea off-hand merely because it goes against a long-standing tradition. There is no such thing as a bad idea until it has been tried and tested and proven so.
Urvaksh (@Thedoctor03)

What do you think? Join our poll here: