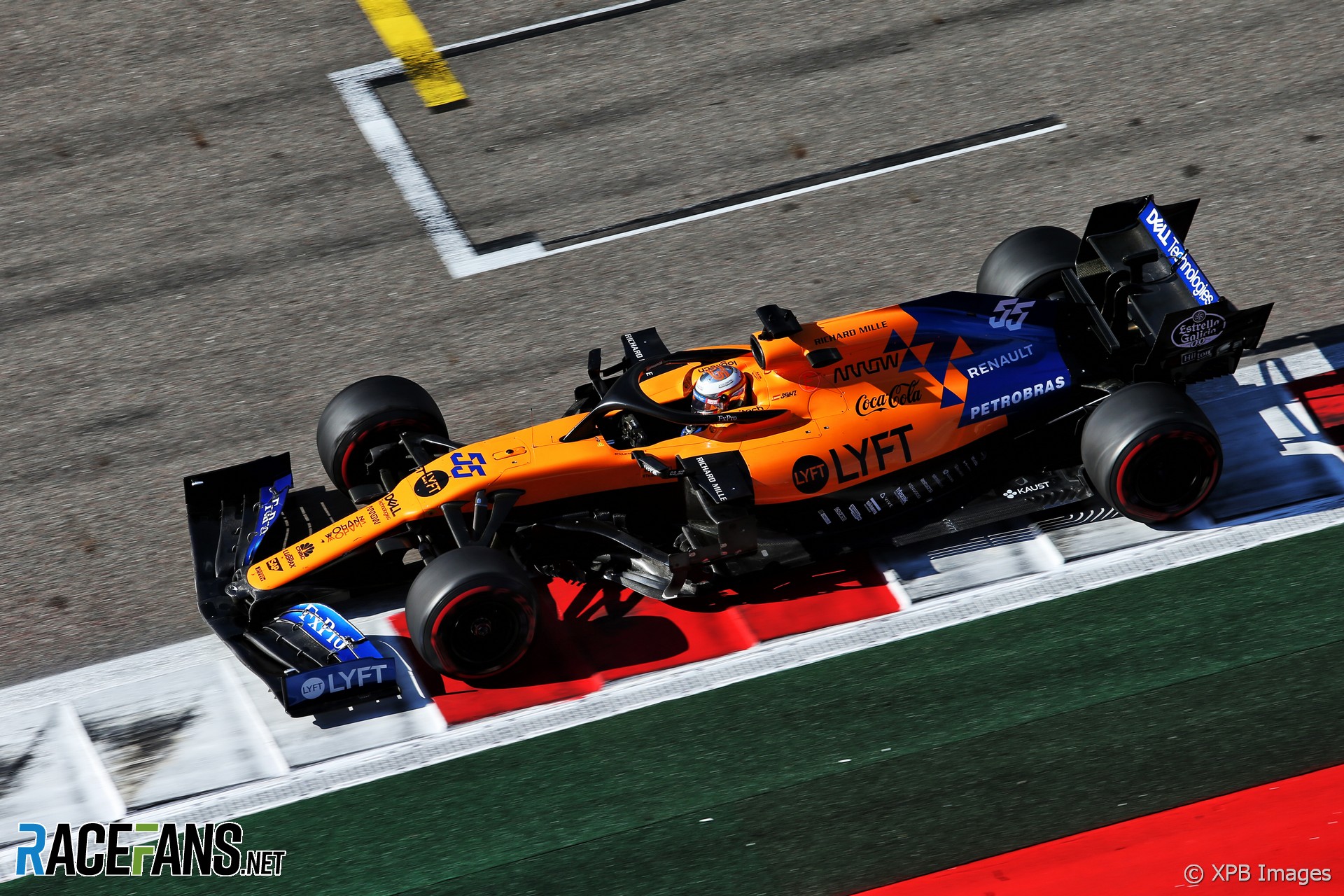 In the round-up: Carlos Sainz Jnr believes will have a stronger race this weekend than they did last time out.

Sainz led the midfield home at Sochi and is optimistic for Suzuka:

I think we can be stronger in Japan than we were [in Sochi] – I never felt at home this [track] with the McLaren, which shows that we still need to do a bit of progress.

But at the same time it is a track that, looking at the characteristics, was always going to be tough for us. I think hopefully Japan can be a bit better.

Mercedes will have "some minor upgrades" for their W10 at @suzuka_event, team principal Toto Wolff says. #F1 #JapaneseGP pic.twitter.com/Ecnsv4nUxg

There’s no stopping @OconEsteban as he keeps pounding out the laps @Circuitcat_eng for @MercedesAMGF1. It’s a nice and warm 25 degrees outside: perfect driving weather for our 2020 #Fit4F1 tyre test. pic.twitter.com/TTW9GL4hng

If this is real, & source is abso solid, how on earth does @motorsport_net hope to unravel this mess without serious human and commercial bloodletting? Green = keep, Orange = dissolve & Purple = undecided. Green certainly not in the majority… pic.twitter.com/m6BiAT3C1m

Carlos Sainz Jnr reveals more about his preferred pre-race beverage GoGo Squeez, which he mentioned on his radio after the #RussianGP… #F1

"The all-female W Series is discussing a move outside Europe, and a potential North American double-header supporting Formula One races in the United States and Mexico, as part of an expanded second season."

Pictures showing construction work at the new circuit being built for the Vietnam Grand Prix.

"How do they know how we think or how we act or how are bodies are? It obviously pisses me off that people think this way and they try to put limits on your performance."

Figuring out the figure of 8 (Ferrari)

Charles Leclerc: "It was a difficult weekend for me last year, being in Suzuka for the first time since Jules’ accident. Obviously, it is a very sad memory that I will always associate with this Grand Prix."

I suspect one of the major factors is that Binotto has managed to keep the team focussed instead of allowing their usual “we have to change everything” that they’ve been prone to do in seasons past when the car hasn’t performed.

Yes they’re bringing upgrades but they’re not massively changing a whole lot of parts simultaneously. I remember a couple of years ago when they changed things at the front, rear and floor all at once and had no real hope of being able to determine what worked and what didn’t.

He’s managed to stop the panic and methodically brought in developments that have improved the car dramatically.

If they can now just get on top of their on track management and strategy so they become the sort of we’ll oiled machine we see at Mercedes, things will be looking great for 2020.
DB-C90 (@Dbradock)