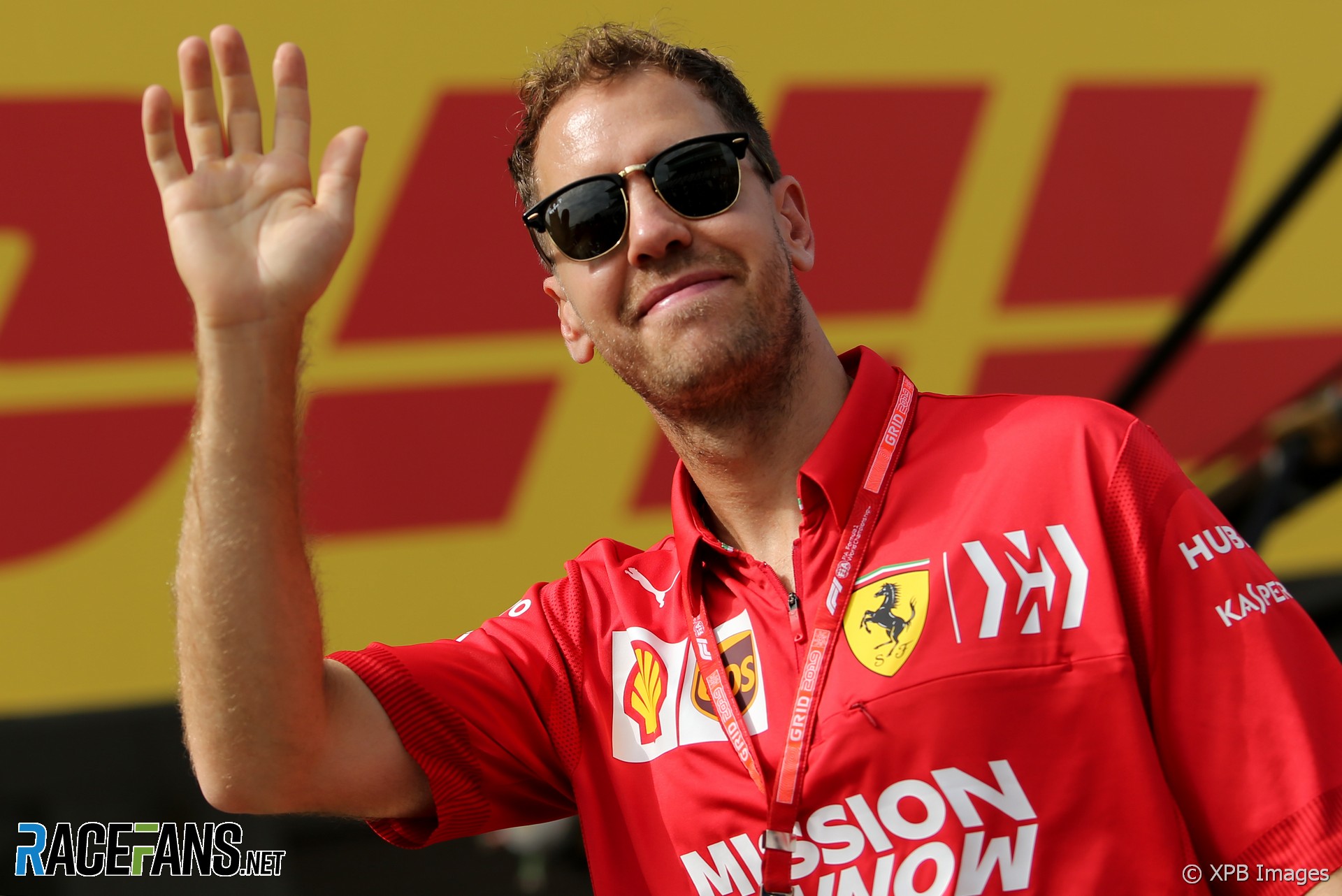 Sebastian Vettel has admitted he was wrong to disobey Ferrari’s instruction to let Charles Leclerc overtake him in the Russian Grand Prix.

Ferrari told Vettel on three separate occasions to let Leclerc overtake him following the Safety Car period at the start of the race. Vettel had been allowed to pass Leclerc at the start in order to ensure he also got ahead of Lewis Hamilton, but refused to hand the place back to his team mate.

Speaking to German media at Suzuka, Vettel wouldn’t be drawn on the terms of the agreement but admitted he “got the message at the radio to change the places and did not do it.”

“That was certainly not right,” Vettel added.

Team principal Mattia Binotto met separately with Vettel and Leclerc after the race. However Vettel said Ferrari have not felt the need to “write anything in stone” despite the events of Sochi.

“I don’t think is necessary,” he said. “Probably [there are] certain things that we could have done better looking back. But in the end we look forward to this race in the next races so I’m not worried too much.”

Ferrari’s performance in Russia gives them reason to be confident about the remaining races, Vettel added. “I think Russia in a way has been a very positive weekend because it’s been the first weekend where we really had the pace to win.

“We didn’t win the race but in terms of race pace I think we were a match with Mercedes, at times even faster. Whereas in the other races beforehand we had very good races but I think we benefit partly from our straight-line speed benefit and the positioning we had after qualifying so. Races like Singapore I think in terms of true race pace Mercedes was still faster than us.

“So in that regard I think it’s been a very positive weekend and obviously we tried to carry that momentum forward into the next races.”