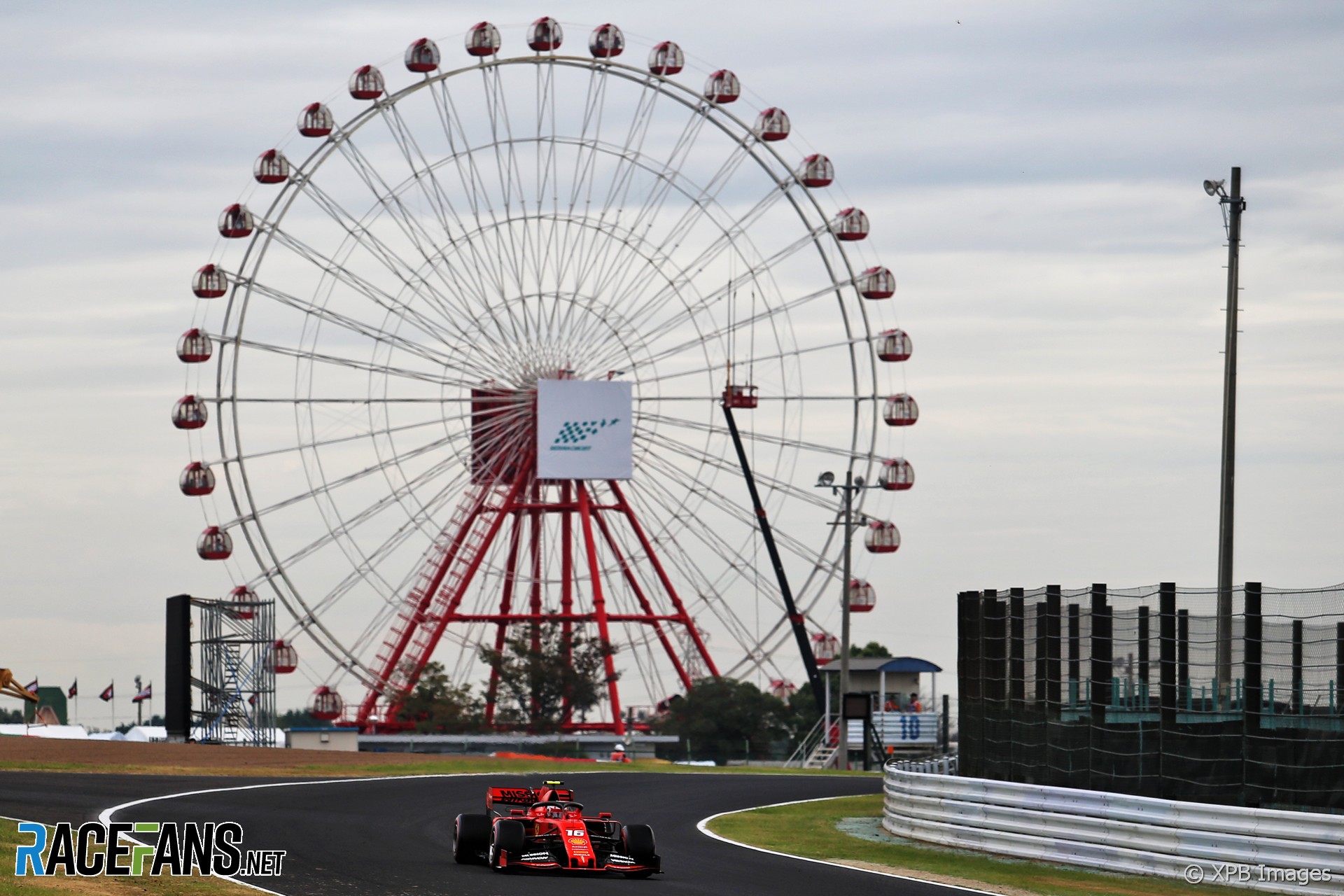 The Formula 1 stewards have taken the unprecedented step of announcing the times set in today’s second practice session could decide the grid for Sunday’s Japanese Grand Prix.

The decision has been taken following the postponement of qualifying to Sunday due to the threat of severe weather on Saturday posed by Super Typhoon Hagibis. Saturday’s final hour of practice has also been cancelled for the same reason.

In the revised schedule for the weekend, qualifying is due to conclude three hours and 10 minutes before the race starts. The race start time, 2:10pm, is three hours before sunset at Suzuka, leaving little scope for any further postponement.

Therefore a further delay to qualifying could leave insufficient time to complete the session ahead of the race. With heavy rain forecast throughout Saturday and into Sunday morning, this remains a concern.

This has prompted the stewards to rule that the times set in second practice, which is due to begin in just over an hour, could be used to form a starting grid for the race.

“In view of the inclement weather forecast for the weekend, and noting that the FIA Formula One Sporting Regulations are silent on the subject, the stewards have examined methods for establishing a grid for the 2019 Japanese Grand Prix, should weather conditions preclude holding the Qualifying Practice session.

“Should this eventuality come to pass, the Stewards will exercise their authority under Article 11.9.3.b of the International Sporting Code and direct that the grid for the Japanese Grand Prix will be established based on the Second Practice Session Classification, with any penalties applied as necessary.”

There is a precedent for using a partially-completed qualifying session to set the grid. Heavy rain during the 2015 United States Grand Prix weekend meant qualifying was red-flagged before Q3 could be completed, and the grid was formed based on the results of Q1 and Q2.