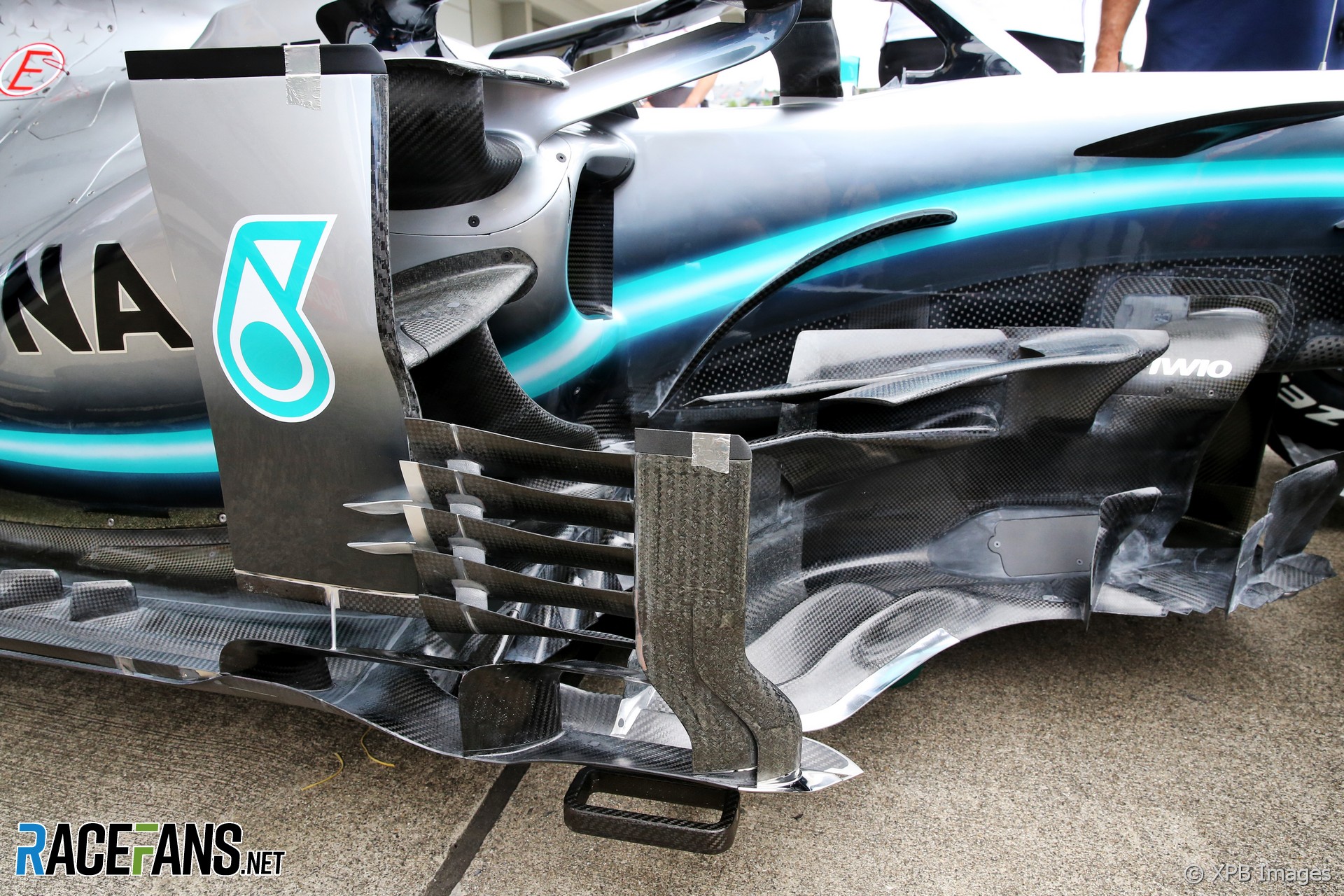 In the round-up: Valtteri Bottas said he could feel the benefit from Mercedes’ latest upgrade after leading both practice sessions on Friday at Suzuka.

We still need to remember it’s only under practice.

But I do feel still the gains we’ve made with the car, so that’s always a very nice feeling. We can just push the car even further than before.

I think we need to focus on ourselves and knowing that’s still Sunday is going to be close with the quali and race.

Trackside at Suzuka Esses FP1, the Mercedes is outrageously better than anything else. This always used to be a Red Bull corner.

A colleague has suggested stockpiling. Not sure if this is for the typhoon or for Brexit…

Each team has been given a few stacks of sandbags, press pen has been dismantled and will be inside Sunday, SC/MC moved to pit lane walkway #F1 pic.twitter.com/XJhgNSuSXW

The temporary derig begins to ready for the remnants of #Hagibis Pitwalls abd even the FOM TV compound. Much work to derig and build again sat eve #JapaneseGP #F1 pic.twitter.com/q8l5Yw6ZQI

Adding old-fashioned imperial units to the (already rather cluttered) TV graphics? Not the right image for what's supposed to be a cutting-edge sport. Stop dumbing it down. #F1 #JapaneseGP pic.twitter.com/OKV0uXgvrr

Jonathan Eddolls: "He drove Pierre’s car and did an extremely solid job for the team. From his first lap you could tell he was on it and he built up the pace lap to lap during this run. Switching to the option compound for the second run, he extracted the expected improvement in grip from the track and tyre, setting a competitive lap time. He obviously knows the circuit well but this was an impressive session for his first outing in an F1 car!"

"The idea is to have a transition and remove the blankets, but over a period of time."

Antonio Giovinazzi: "We lost most of the running in FP1 due to a hydraulic leak, which is never the best way to start a weekend. Suzuka is a new track for me and it’s quite a challenging one, so it would have been important to have as many laps as possible."

Sergio Perez: "I think we can be quite happy with the performance today – certainly compared to the teams we expect to be racing on Sunday."

Dave Robson: "Robert ran the new wing throughout FP2 and felt an improvement over the baseline. We will review all the data tonight before deciding how and when to continue the experiments."

"There is reportedly a strong anti-F1 element within the board, road car sales are not great, automotive technology is moving away from any form of petrol burning, hybrid or not."

Does Mattia Binotto need to take a firmer line with his drivers?

It all comes down to team leadership and controlling your drivers.

In ‘Multi-21’ we got from Christian Horner “come on Seb, this is silly” – hardly great team control.

At the same time Nico Rosberg was asking to overtake Lewis, on numerous times Ross Brawn said no, hold position. When asked if it annoyed him Nico kept asking his response was “No, I would be annoyed if he stopped asking”

Nothing against Binotto, he seems to have bring some harmony to Ferrari but not sure he is a strong leader when he needs to be? Interesting to see how this one plays out.
Garns