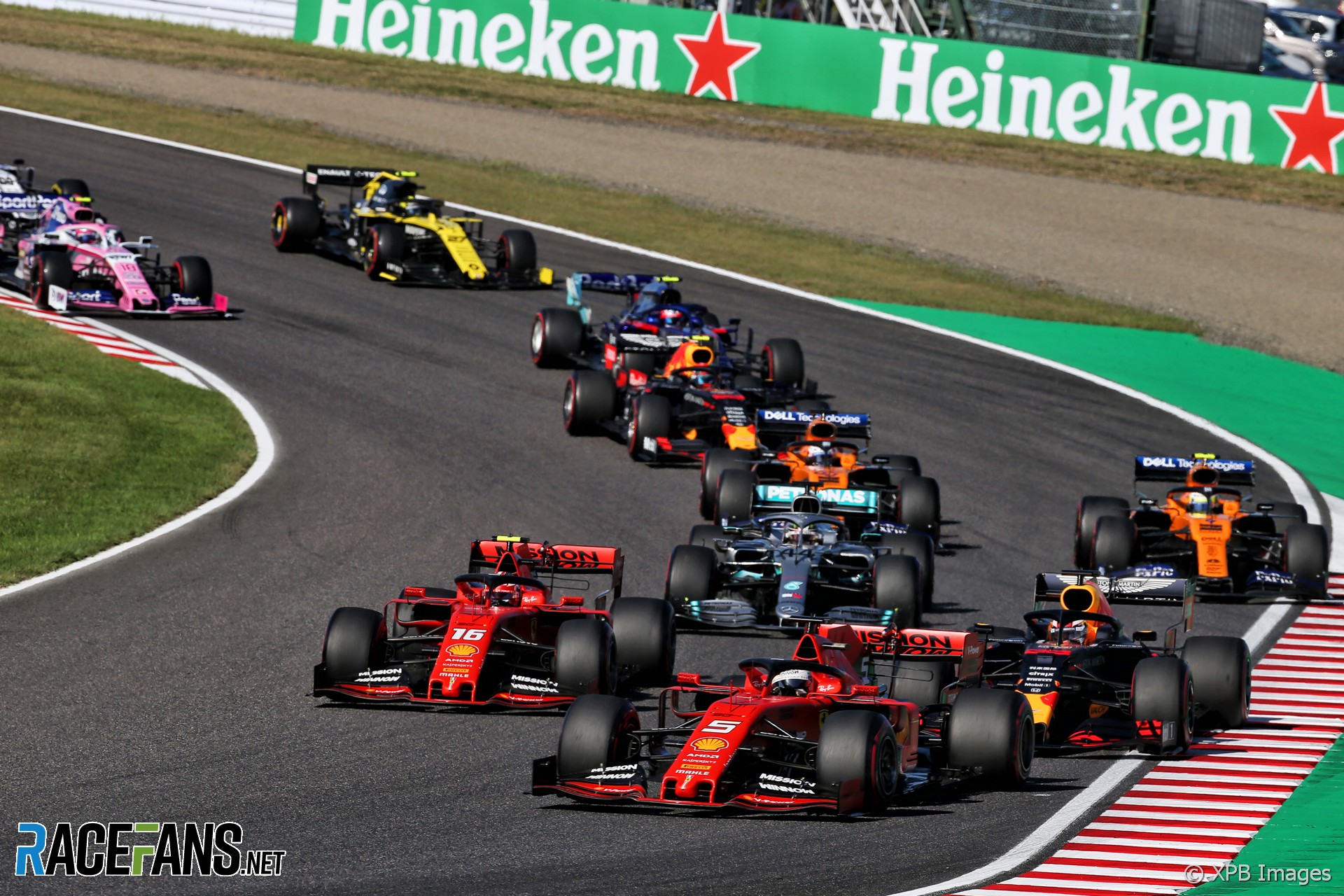 Charles Leclerc says he collided with Max Verstappen because he lost grip behind other cars at the start.

The Ferrari driver tangled with the Red Bull, who was on his outside, in turn two on the first lap of the race. Leclerc was running behind Sebastian Vettel and Lewis Hamilton at the time.

“Obviously I understeered, being behind Seb and Lewis,” Leclerc told Sky, “and then we touched.

“I don’t know, I haven’t seen the full situation from outside. From the car it was just a tricky situation.”

Race control initially indicated the incident would not be investigated, which prompted a furious response from Verstappen on the radio: “Where should I go?” he asked. “He just fucking understeered into my car.”

However they later reversed their stance and summoned both drivers after the race to investigate the collision.

Both drivers suffered damage from the contact. Verstappen later retired from the race, and Leclerc had to make an early pit stop to replace his front wing.

“From my side after the first lap incident we knew the race would be very difficult,” said Leclerc. “I had quite a lot of fun overtaking but sixth is not the place I wanted to finish. It’s disappointing but strategy-wise on our side I don’t think we have done much places.”