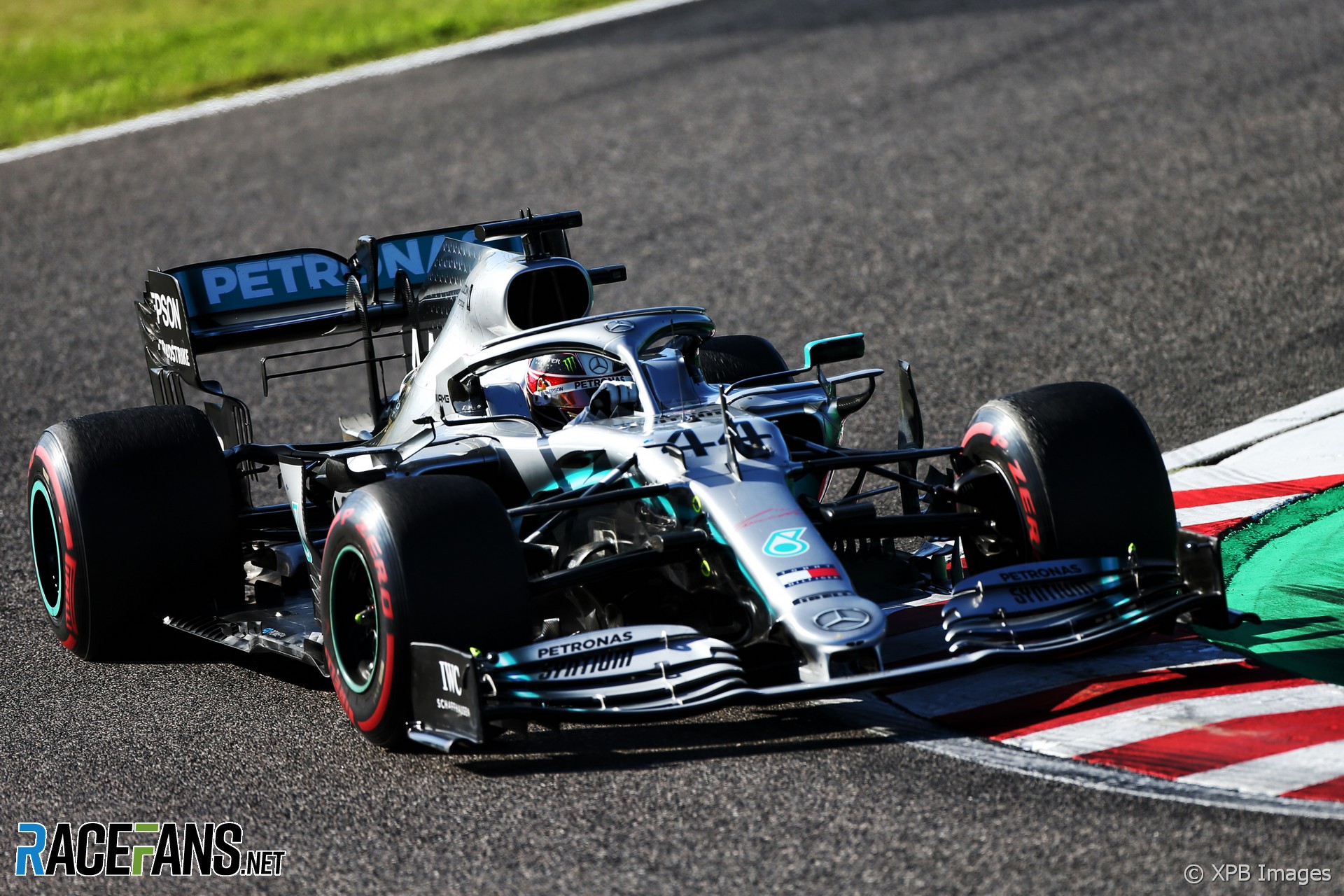 Mercedes team principal Toto Wolff said it was a “50-50 call” whether to bring Lewis Hamilton in for a second pit stop in the Japanese Grand Prix.

Hamilton took the lead of the race after team mate Valtteri Bottas made a second pit stop. Although the rules did not require Hamilton to pit again, Mercedes chose to bring him in, which dropped him behind Bottas and Sebastian Vettel, who also pitted twice.

Wolff confirmed the team was giving serious thought to leaving Hamilton out, but would not have allowed him to use a one-stop strategy to beat Bottas.

“It was tricky,” said Wolff. “Lots of tricky calls this race.

“Obviously Valtteri not blinking an eyelid [at the start] when Seb stalled and getting into the lead, that was the decisive moment of the race. Lewis in third was always a little bit between a rock and a hard place.

“Once you’re in the lead you need to protect your position. If you’re third you can take more risks and more chances. What we did is the we protected the lead with Valtteri and we took the pace out of his race once Sebastian pitted for his second stop.

“So it was always clear it would go towards Valtteri. We are not playing team mates against each other with race strategy. But then you can say we could assured second place.

“I think that pitting Lewis again at the end was a 50-50 call. We could have left him out and tried to ask the drivers change position to give to give the result back and maybe protected against Sebastian.

“But on the other side maybe not protected against Sebastian. So pitting and giving him a new set of tyres was the decision that was being taken and at that stage it felt like the right decision.”

Wolff explained the team’s decision to pit Hamilton again was partly motivated by the fact the tyres were dropping off very quickly at the end of a stint.

“Both tyres dropped suddenly. You could see that they were they were pretty robust and then from one lap to the other the drivers felt that there was no grip anymore.

“Both of the drivers said it and when changed Lewis for the second part he also said, his feedback was that the tyre was losing grip at that stage and would it have been very difficult just to defend against Sebastian. It was never a question with Valtteri because we knew what we were going to do anyway.”