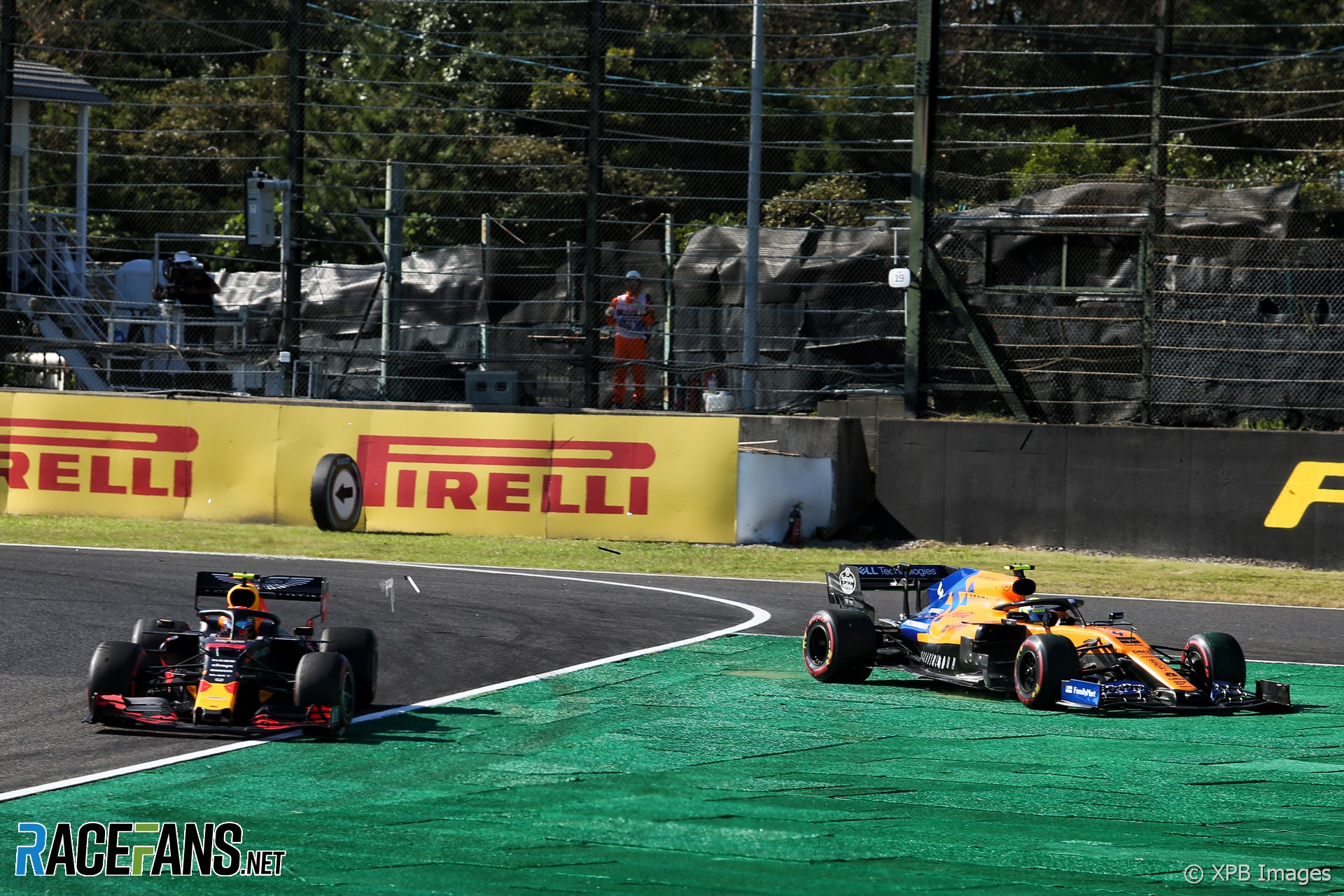 Lando Norris said his collision with Alexander Albon could have turned out worse but he didn’t think his rival should have had a penalty.

Albon made a late attempt to pass Norris on the inside at the chicane. His move came moments after Norris had been told to pit because his brakes were overheating.

“I saw him fricking late,” said Norris. “I can’t actually remember exactly what happened but it was a long race.

“I started to turn in. I was on the brakes but they just weren’t slowing down properly. I think he must have committed before and I was kind of almost getting to the apex at which point I saw him. So as soon as you see me start to turn left was pretty much the point I saw him.

However Norris said he was glad Albon didn’t get a penalty for the incident.

“He kind of forced me off but I think that’s racing,” he said. “That’s how it should be. He sent it up the inside, he made a move, fair play to the guy.”

McLaren team principal Andrea Seidl agreed it was a “racing incident”, and that the time lost bringing Norris into the pits to remove debris from Charles Leclerc’s Ferrari from his brake duct meant his race was already ruined.

“The car was in addition damaged, so that was hitting key performance as well. But the race was done anyway after that stop.”

20 comments on “Norris: Albon incident could have been “something a lot worse””