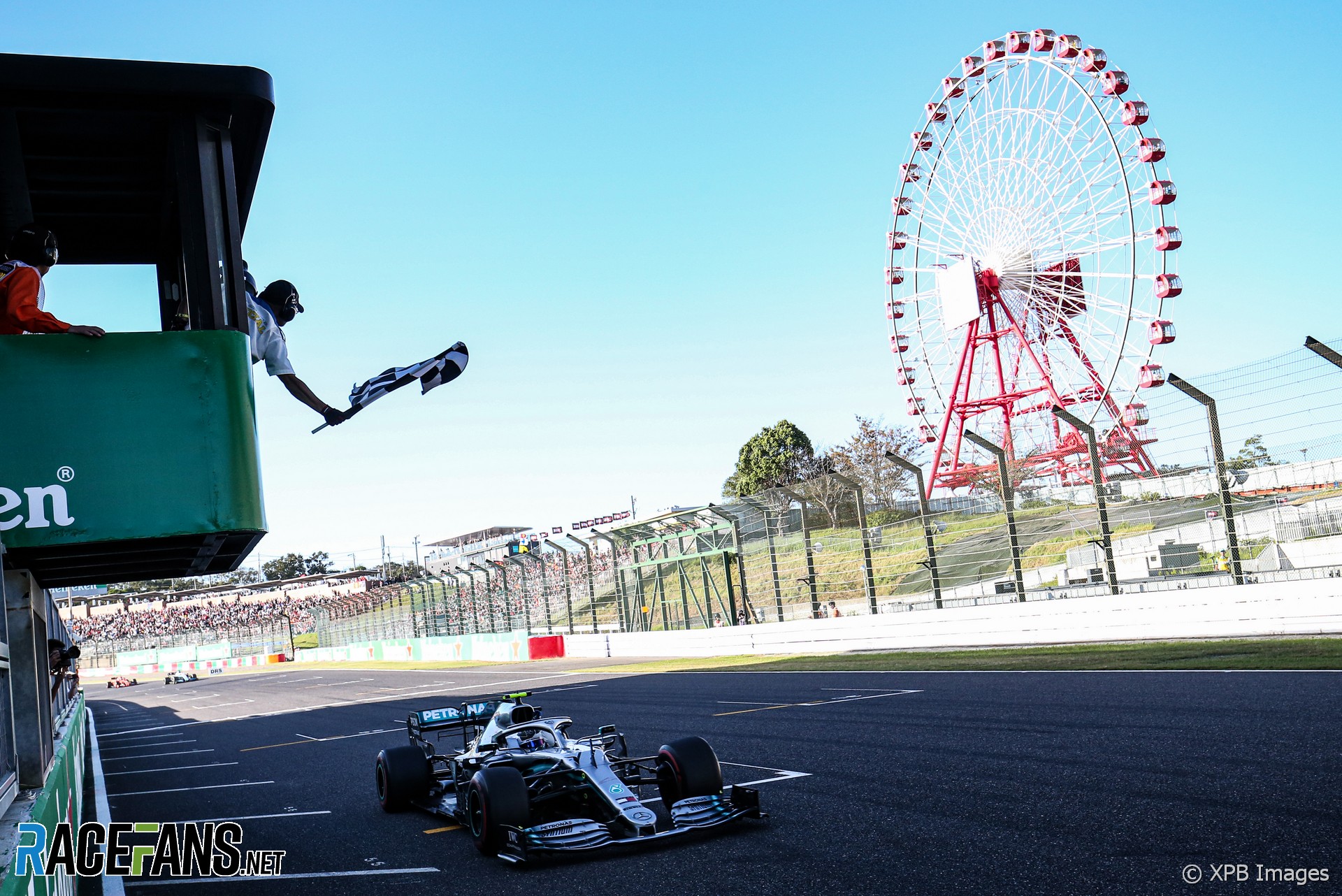 Formula 1 should use a real chequered flag instead of an electronic one to signal the end of a race, Sebastian Vettel has said after yesterday’s Japanese Grand Prix was accidentally ended a lap early.

Although a chequered flag is still waved at the end of races, a chequered flag light panel has been used to officially signal the end of the race since the beginning of this season. This signal was incorrectly displaced to leader Valtteri Bottas on the penultimate lap of yesterday’s race, which meant the result had to be taken based on 52 laps instead of the scheduled 53.

Vettel, who said he hadn’t noticed the early electronic flag signal, believes F1 should go back to using a traditional chequered flag.

“With the current rules, had they shown the chequered flag a lap too early today, the race sort of still continues,” he said. “And that’s wrong I think.”

He pointed out that teams give their drivers a countdown to the end of the race to prevent any confusion about how many laps are remaining.

“We have the pit board giving us the information on the laps. We see on the dashboard as well how many laps are still to go. So I still saw there was a lap to go. And I got the call by radio that it is the last lap.

“Obviously there was a confusion at the pit wall because I think it was more the timing that set the chequered flag, not the actual chequered flag on the track.”

The use of the electronic flag to officially signal the end of the race was prompted by last year’s Canadian Grand Prix, which ended a lap early because the flag was waved too soon.

“We had an issue in Canada one year where the chequered flag came too early and now as I understand it the timing is more is the decisive one,” Vettel continued.

Vettel, who almost jumped the start yesterday, suspects the signal to end the race was given too soon because “somebody was a bit eager”.

“So I wasn’t the only one today that was eager and pushed and went a bit early,” he added.

40 comments on “Use a traditional chequered flag to end the race, says Vettel after timing blunder”