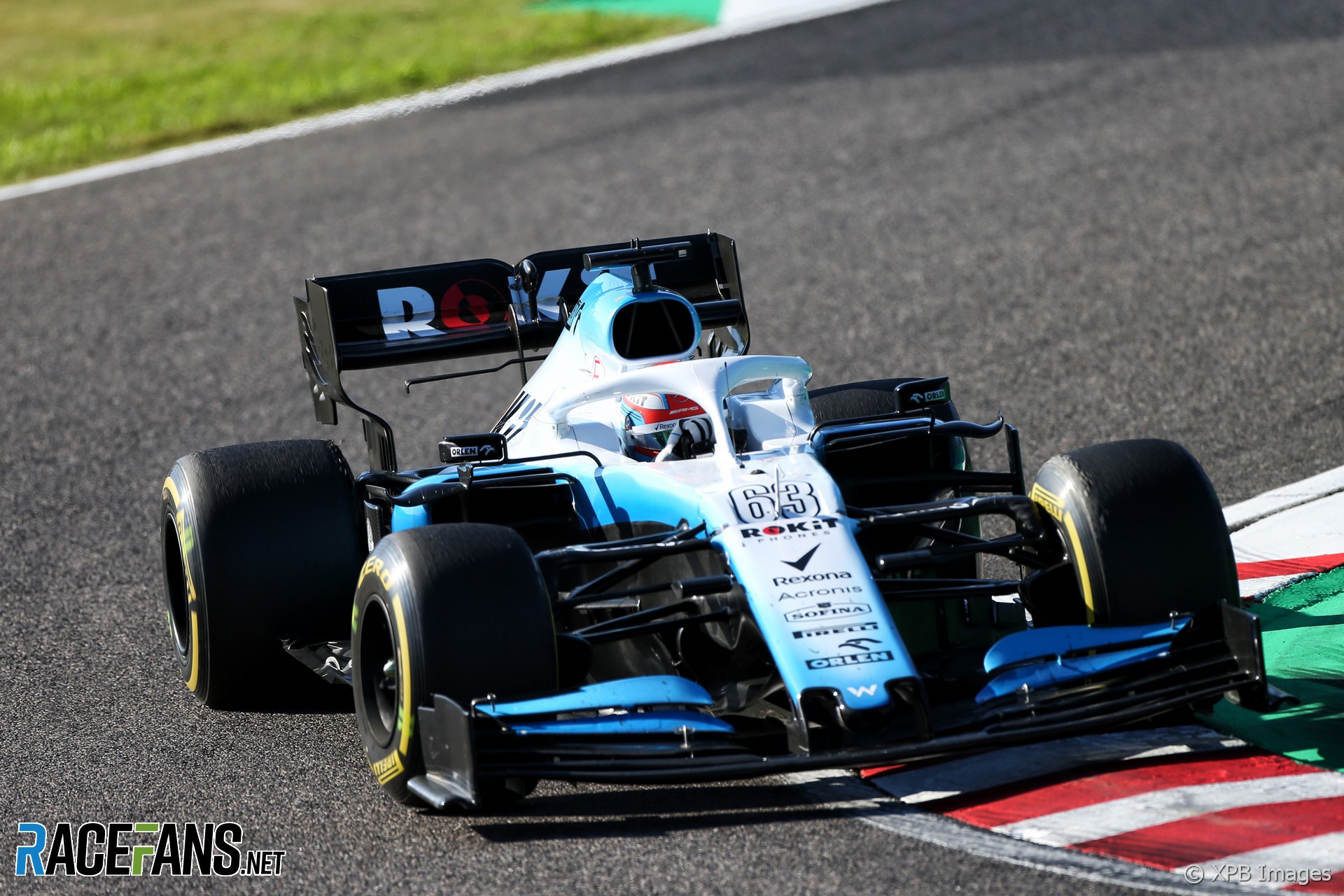 George Russell warned Williams his car’s erratic braking performance was almost dangerous and he was considering retiring because of it in a series of radio messages during the Japanese Grand Prix.

Following the race Russell said his run to 18th place at Suzuka had been “incredibly tricky” in a statement issued by the team. “We had some brake issues throughout which made it quite difficult. It was definitely one of the tougher races of the season.”

Russell’s comments during the race reveal just how serious his problem was. Early in the race he told the team the braking performance was “atrocious”, and the team tried a series of settings changes to improve them.

However Russell reported his braking performance varied wildly from lap to lap: “Very good” on some occasions but “very poor” on others. After 13 laps he warned he might have to retire the car as the situation was “getting to the point of danger”.

Russell made it to the chequered flag, but told his engineer afterwards “we cannot continue with these brakes”.

Williams did not elaborate on the nature of Russell’s problem when contacted by RaceFans, but said the layout of the Suzuka exacerbated the difficulties the team were having with its brakes.

Russell’s brake problems began within a few laps of the race starting.

The team made a series of settings changes in an attempt to improve braking performance.

Russell did not make his first pit stop until almost half-distance. Some midfield drivers who pitted and came out behind the Williams caught and overtook him.

As the race wore on, Russell’s braking problem resurfaced and seems to have become more unpredictable.

Russell had to do a lot of fuel-saving later in the race, which may have eased the strain on his brakes. However once it became clear race leader Valtteri Bottas would lap him for a second time before the race ended, he was able to push harder again.

25 comments on “‘We can’t continue with these brakes, I was ready to retire’ Russell warned Williams”