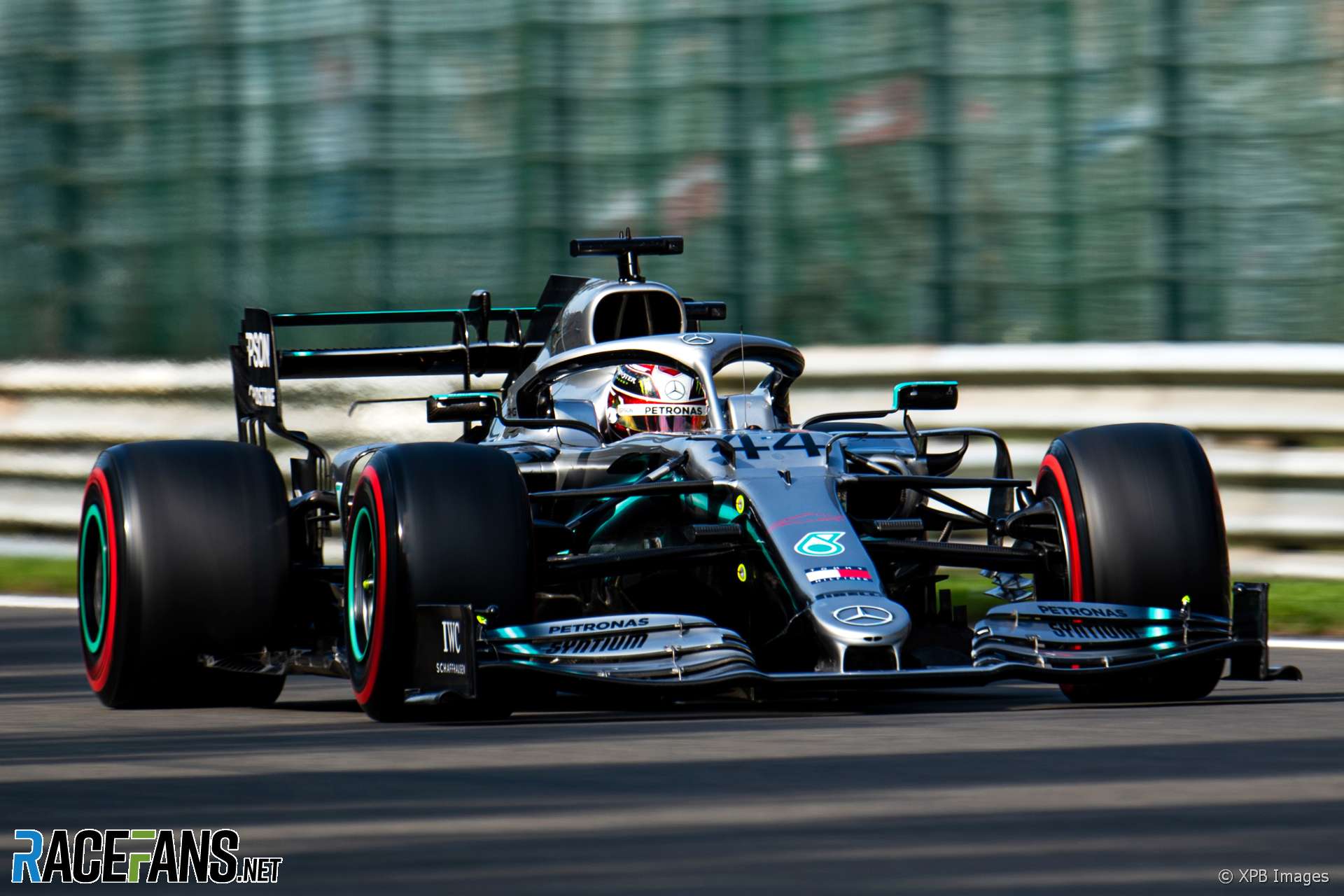 Lewis Hamilton hopes changes planned to car design for the 2021 F1 season will mean the sport doesn’t have to rely on the Drag Reduction System to assist overtaking.

The championship introduced adjustable rear wings in 2011, which allow drivers to reduce their drag on straights once they get within a second of another car. While it has created more overtaking, several drivers have criticised it as a gimmick.

Hamilton previously described DRS as a “Band Aid” solution to the problem of F1 cars not being able to follow each other closely. However Formula 1 plans to address this with new technical regulations for the 2021 season which will make easier for cars to run close together.

Asked whether this might allow F1 to get rid of DRS, Hamilton said: “There’s nothing I can do about it but I think that it will be a part of Formula 1 for a while, probably.

“I don’t know if they’re going to keep it in 2021. I would imagine they would, but those wings are going to be quite a bit bigger and hopefully will following better, so maybe there won’t need it then.”

“Some of the overtakes, you’re overtaking halfway down the straight and of course and it’s not as exciting,” he said. “You want to be doing it in a corner, launch it up the inside of another car.

“But that’s just the way it is. It doesn’t bother me, I still have to try and get in the position to be able to utilise it.”