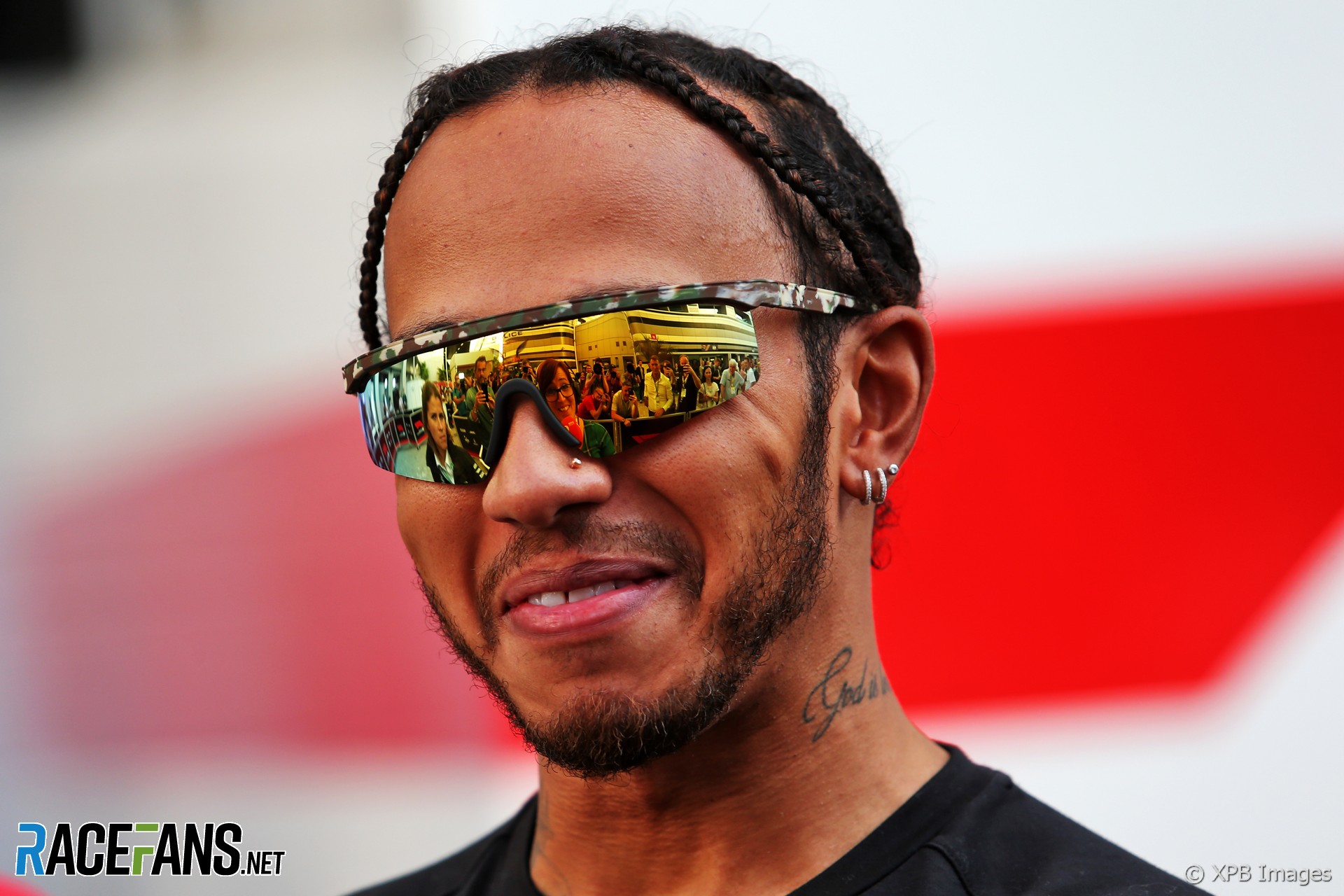 Earlier this year Lewis Hamilton put his private jet, which had starred in various Instagram posts chronicling a lifestyle of very conspicuous consumption, up for sale.

Why? Some suggested he wanted to wash his hands of a purchase which, it had been revealed, he had avoided paying over £3 million in tax on. But Hamilton indicated he sold his jet because he was concerned about the impact his travel was having on the environment.

This is not the only concession he has made to environmentally-responsible living. The most obvious is his move to a plant-based diet. His business interests also reflect his environmental concerns: Hamilton has put his name to vegan footwear and a plant-based burger chain.

Hamilton being Hamilton, he has not been shy about giving voice to his feelings on social media. He’s posted videos of himself cleaning up beaches, shared graphic images of animals being hunted and killed and urged his tens of millions of followers to consider the environmental impact of their actions.

His comments have taken an increasingly political angle in respect of countries which hold rounds of the world championship. While in Japan last weekend he drew attention to a nearby dolphin hunt, remarking“that’s obviously not a great part of their heritage here, their culture.” Earlier this year he was vocal on the subject of the rainforest fires in the Amazon, which might make for some tough questions when he visits Sao Paulo for the Brazilian Grand Prix next month.

But while the newly-‘woke’ Hamilton appears to be sincerely passionate about these causes, there is an obvious and startling contradiction. Many of us have concerns about global heating and how our actions contribute to it. But none of us are multiple champions in a sport as spectacularly wasteful as F1.

Not only does the very act of Formula 1 racing involve polluting – irrespective of the awesome efficiency of their modern V6 hybrid turbos – but the travel involved in shipping the circus to 21 destinations (22 on the 2020 F1 calendar) generates vastly greater levels of emissions.

How do we square the contradiction of loving motorsport yet feeling concern for the future of our world? It’s a question many of us will have asked ourselves. But nowhere is that contradiction more stark than when a soon-to-be six-times world champion starts opining about the consequences of carbon emissions.

In a series of social media posts earlier this week, Hamilton gave fresh insight into the depth of his concerns about the situation. “I’m sad right now with the thought of where this world is going,” he wrote.

“Extinction of our race is becoming more and more likely as we over use our resources. The world is a messed up place. World leaders either uneducated or don’t care about the environment at all.” The posts were later deleted and, today, Hamilton reappeared and told his followers he was “still right here fighting”.

But where is Hamilton’s environmental evangelism going to lead him? Could he contemplate hanging up his helmet to go do something else?

The all-electric Formula E might be a logical destination, particularly as Mercedes will have its own team in the new season which starts next month. But Hamilton has not been warm about a championship he previously described as being “slower than Formula Ford”.

Nonetheless, when he spoke about the championship last year the contradictions between Hamilton the racer and Hamilton the environmentalist were unmistakable.

“The gasses that we emit with our cars are not particularly helpful for the climate and for the world, so on one side that’s a concern for me,” he said.

“But on the other side, as a racing fan, I’m a petrolhead and I will always be a petrolhead. There will never be a time when I’m an ‘electric head’. I hope, at least, in my period of time, it’s always going to be a fuelled car with at least some sort of V-shaped engine, with some sort of sound.”

Now in his 13th season of F1, Hamilton’s career is clearly nearer its end than its beginning. Previously he has indicated he intends to carry on racing beyond 2020. But has his concern for the planet grown deep enough for him to rethink that?

If his commitment to the cause is sincere, he can’t expect to avoid such questions, nor the accusations of hypocrisy – fair or not – which will follow if he chooses to race on.

131 comments on “Will Hamilton’s ‘wokening’ bring his F1 career to an early end?”