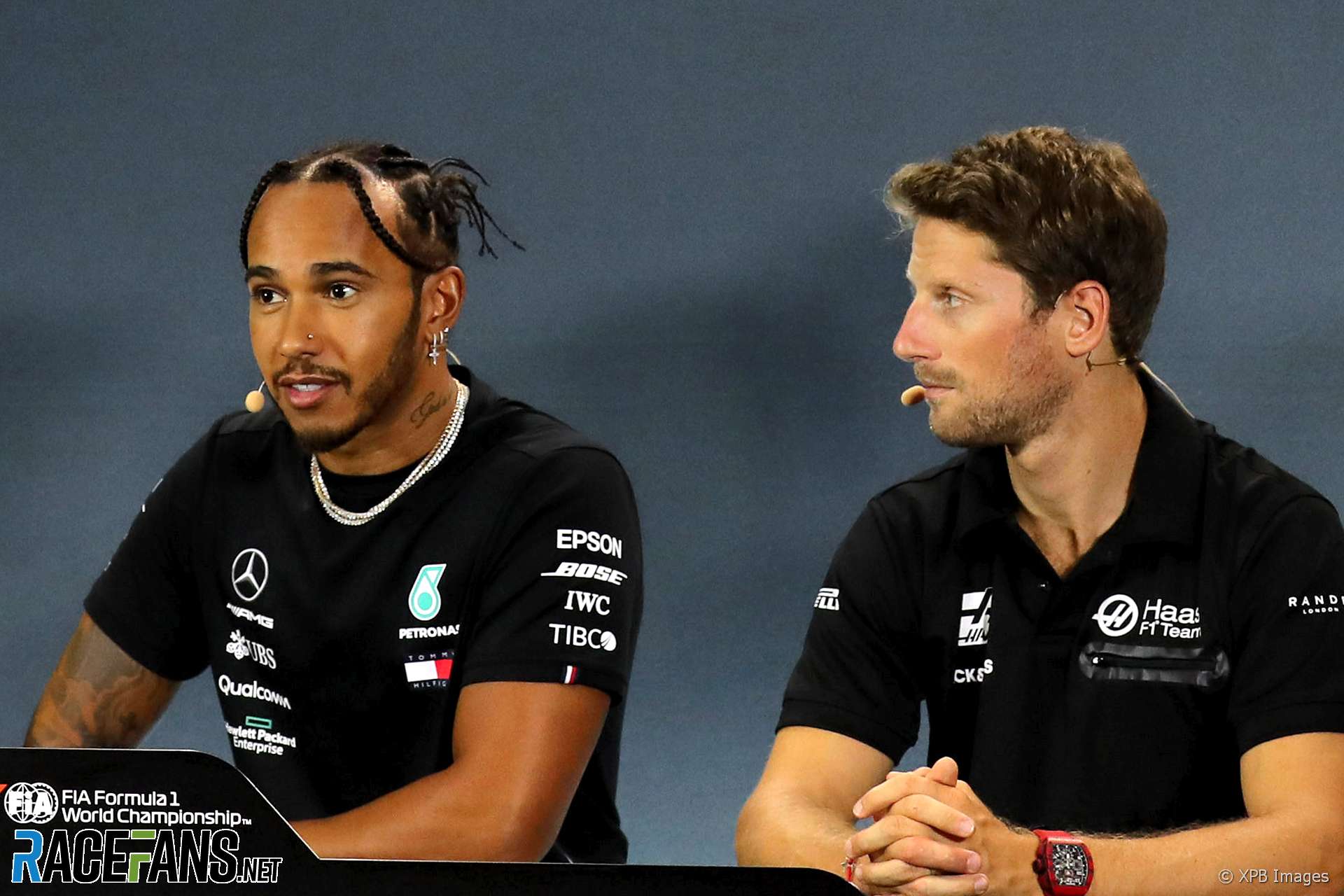 Vegan diets such as those practised by Lewis Hamilton do not give athletes enough nourishment, according to Romain Grosjean.

Hamilton adopted what he calls a “plant-based” diet a year and a half ago and says it has improved his health and fitness. But Grosjean is sceptical.

“If you’re an athlete I think vegan is actually negative,” said Grosjean. “From what I know there was some examples of endurance athletes going vegetarian or vegan and they had to stop their vegan diets because they just couldn’t have enough nutrition in their system for high-demand, exercising.

“It’s not a secret that I [do] a lot of track, a lot of cycling, long sessions, so I do need to eat as much as I can [though] not quantity-wise.”

However Grosjean, who co-wrote a cookbook with his wife Marion in 2017, said he “fully respects vegan” consumption and said plant-based food “tastes quite good in some aspects.”

New driver weight rules introduced for the 2019 F1 season have allowed them to increase their muscle mass by consuming more food, Grosjean added, though he admitted “I don’t each as much as I will when I retire.”

“The new rules have been very welcome in terms of health and weight, putting a bit of weight on for your benefit and your health,” he said. “I am careful in some of the food I take, you won’t see me eating fish and chips and stuff like that, drinking beer the day for the race. But I’m not vegan or vegetarian.”

Hamilton insists switching to his plant-based diet has been a change for the better. “I don’t like to talk about it too much because I don’t want to give away too much,” he said.

“[But] it’s something I really wanted to do. For sure it hasn’t been easy to learn new things and new ways but I’ve felt so good for the last year and a half. It’s been such a great decision and I don’t want to go back just because it feels so great.

“I’m looking at what I eat as fuel now, as an athlete, rather than just eating because I’m hungry. So I’m constantly working with Angela [Cullen], who’s with me all the time, we’re looking at the ingredients of the different things that I’m eating. Sometimes I’m just having room service in a hotel and I don’t know what the hell to eat so then I have to hit someone up or I read online and see what else, maybe there’s a restaurant I can get it from or maybe I can get the chef to whip up something different that they haven’t done before.

“It’s been a life-changer for me. And it’s only going to continue to get better as my body gets more and more used to it and as I understand it better as well so I can improve the amount that I’m eating and when I’m eating. So I plan to continue on this route. But I definitely think it’s had a really good, positive impact on my daily life in terms of the energy that I have, just the feeling that I have when I’m at work, my tiredness – I’m very rarely ever tired.”

Last month Hamilton opened the first of what he intends to be a chain of restaurants selling plant-based fast food.