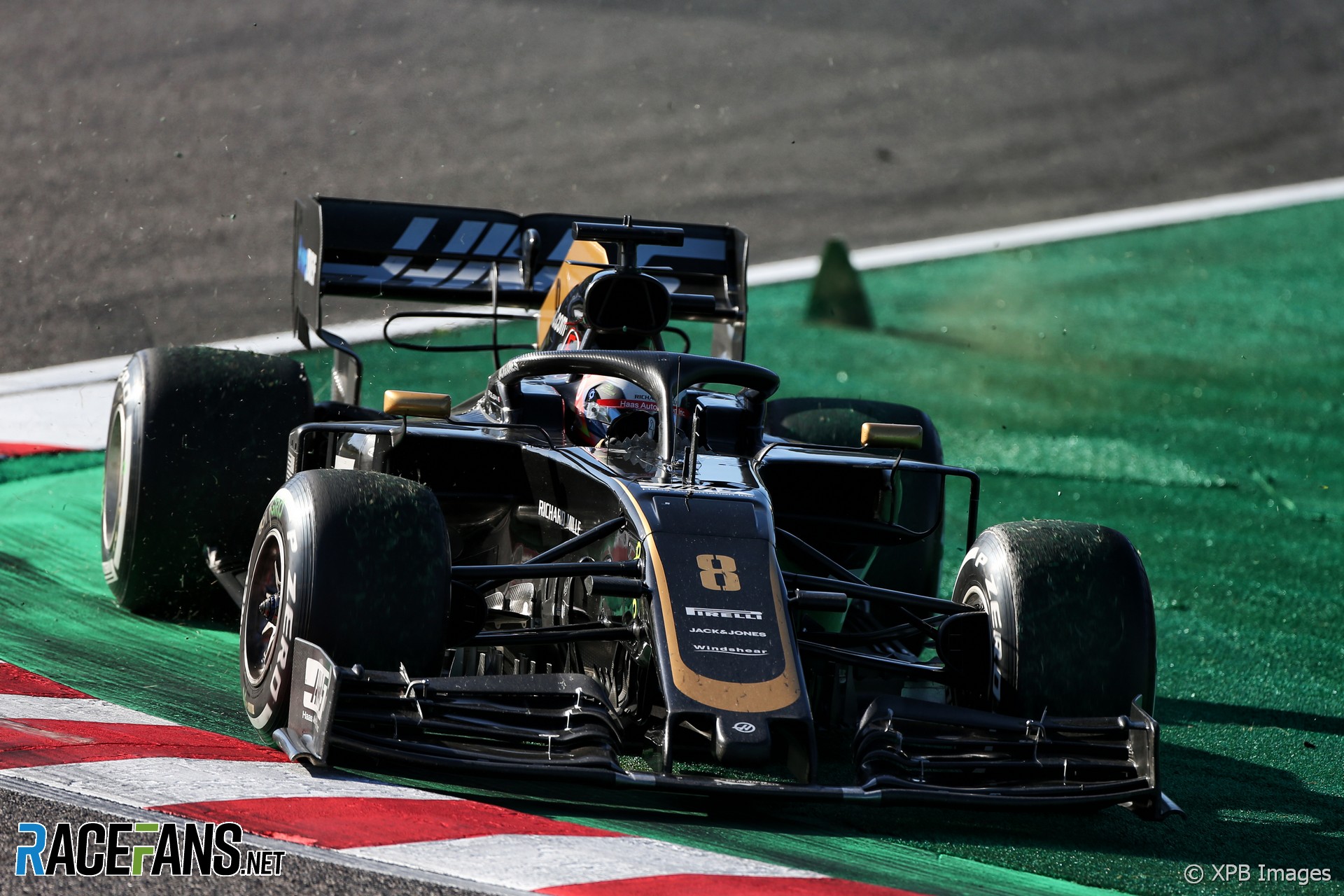 Haas’s tyre problems are worsened when their drivers have to slow down to be lapped, Guenther Steiner has revealed.

The team has struggled all year to keep its tyres in the optimum temperature operating window during races. Steiner admitted that backing off for blue flags is a significant contributor to their problems.

“You go in the race always knowing that at some stage we will have an issue with the tyre because we can’t generate the heat we need to make the tyre work,” said Steiner. “So as soon as blue flags come you slow down, the tyre gets cold, you cannot get the heat back in and you fall back.”

“It sounds almost too simple not to have a solution for it but that’s what is happening,” he added. “So even if you can qualify on one lap normally decently – going into Q3 is still an achievement in my opinion – you cannot hold on in the race because of this reason, we just cannot keep the heat in the tyres.”

The team won’t have a “short term fix” for the problem this year, Steiner admitted.

“We know where we are, and why we are, but to fix it, it’s a different issue and I don’t know if we can get on top of it this year consistently. Maybe we have got a one-off, there’s only four races left anyway but you get one or other good day.

“But in general it’s not like I [can] tell you in the next two races we’ll bring an upgrade kit which will solve the problem. We just need to make sure that this doesn’t happen next year because it’s [time] consuming.”

The team is concerned the problem will be especially acute in Mexico, as it has not been competitive on previous races at the Autodromo Hermanos Rodriguez.