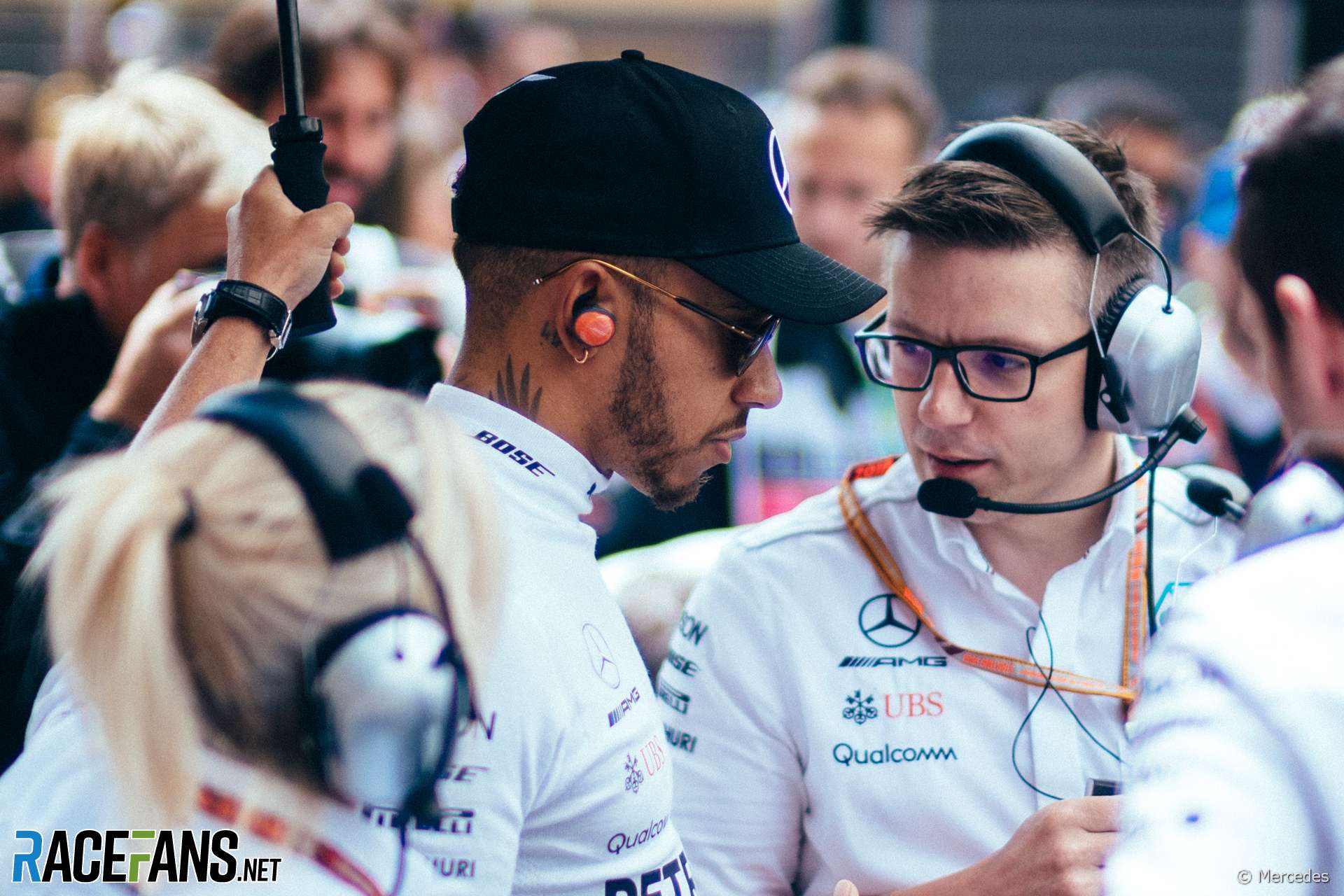 Lewis Hamilton will be without his usual race engineer Pete Bonnington for the next two races, Mercedes has confirmed.

Bonnington, who has been Hamilton’s race engineer since the five-times world champion joined the team in 2013, has not flown out to Mexico as he is undergoing a medical procedure in the UK. Mercedes confirmed he will not return in time for next week’s United States Grand Prix at the Circuit of the Americas.

Bonnington has been Hamilton’s race engineer for four of his five championship-winning campaigns, in 2014, 2015, 2017 and 2018. Hamilton could win the world championship for the sixth time this weekend or next.

Hamilton played down his chances of clinching the title this weekend. He needs to out-score team mate Valtteri Bottas by 14 points in order to do so.

“I don’t remember if in a season I’ve finished 14 points ahead of Valtteri at any point,” he said, “and if it has it may have been one race maybe. So I anticipate that it will be a difficult weekend. Valtteri has been strong all year and obviously won the last race so I expect him to be strong this weekend too.

“It doesn’t matter where it’s done, as long as you get it done, and that’s what I’m trying to do. But I’m fully aware that there are still plenty of points on the table and I’ve got to deliver over these next four races.”