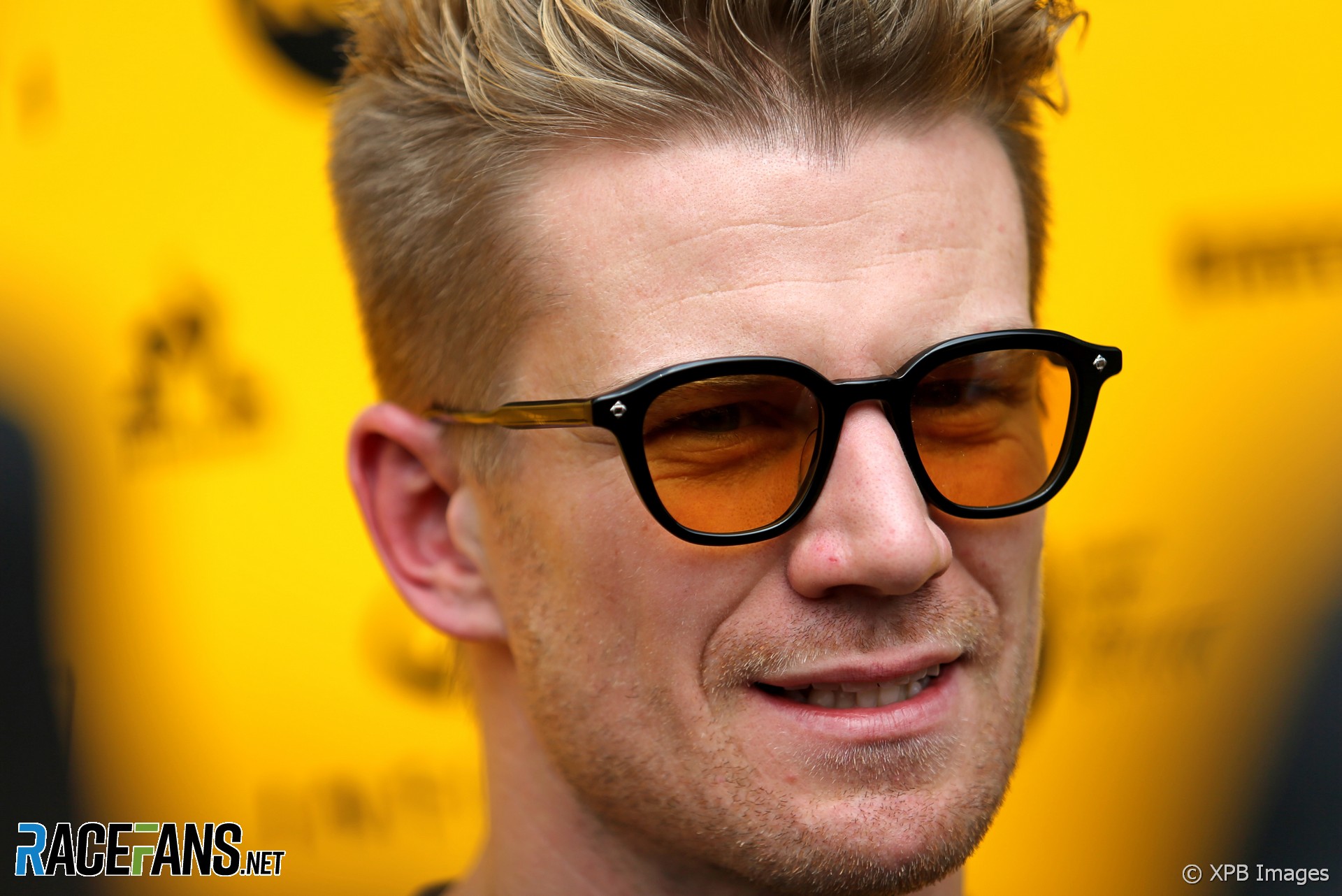 Nico Hulkenberg admitted he is “confused” as to why both Renaults were disqualified from the Japanese Grand Prix, but said the team must accept the decision.

Renault confirmed yesterday it would not appeal against the disqualifications of Hulkenberg and his team mate Daniel Ricciardo. The stewards decided the team’s brake bias system performed as an illegal driver aid.

“We will see – it is a bit confusing the whole thing, but for me we have to accept it now. It’s the past and we move on from here.”

Hulkenberg does not believe the ruling will put the team at a disadvantage. “I don’t think it’s going to change a great deal for us on-track in terms of performance, in terms of competitiveness,” he said. “So I’m pretty relaxed about that.

“It’s good that we have now straight away a [race] weekend ahead, we can get it out of the system and just do our jobs and race again.”

Suzuka showed the team has made progress with its car in recent races, Hulkenberg believes.

“The last few races I think the form curve has come up again. I feel better in the car as well, more confident. Delivering better qualifying and races, too. So things have come more in line and feel better. Obviously now that the target and the aim is to keep and maintain that for the last four races and just keep doing what we’re doing because it has worked.

“Suzuka I think was a really strong race, strong pace. But now we see the poor quali made it really hard to come really through in the race and come forward. But like you saw with Danny on the alternative strategy, it really worked and the car pace he had was was very competitive.”