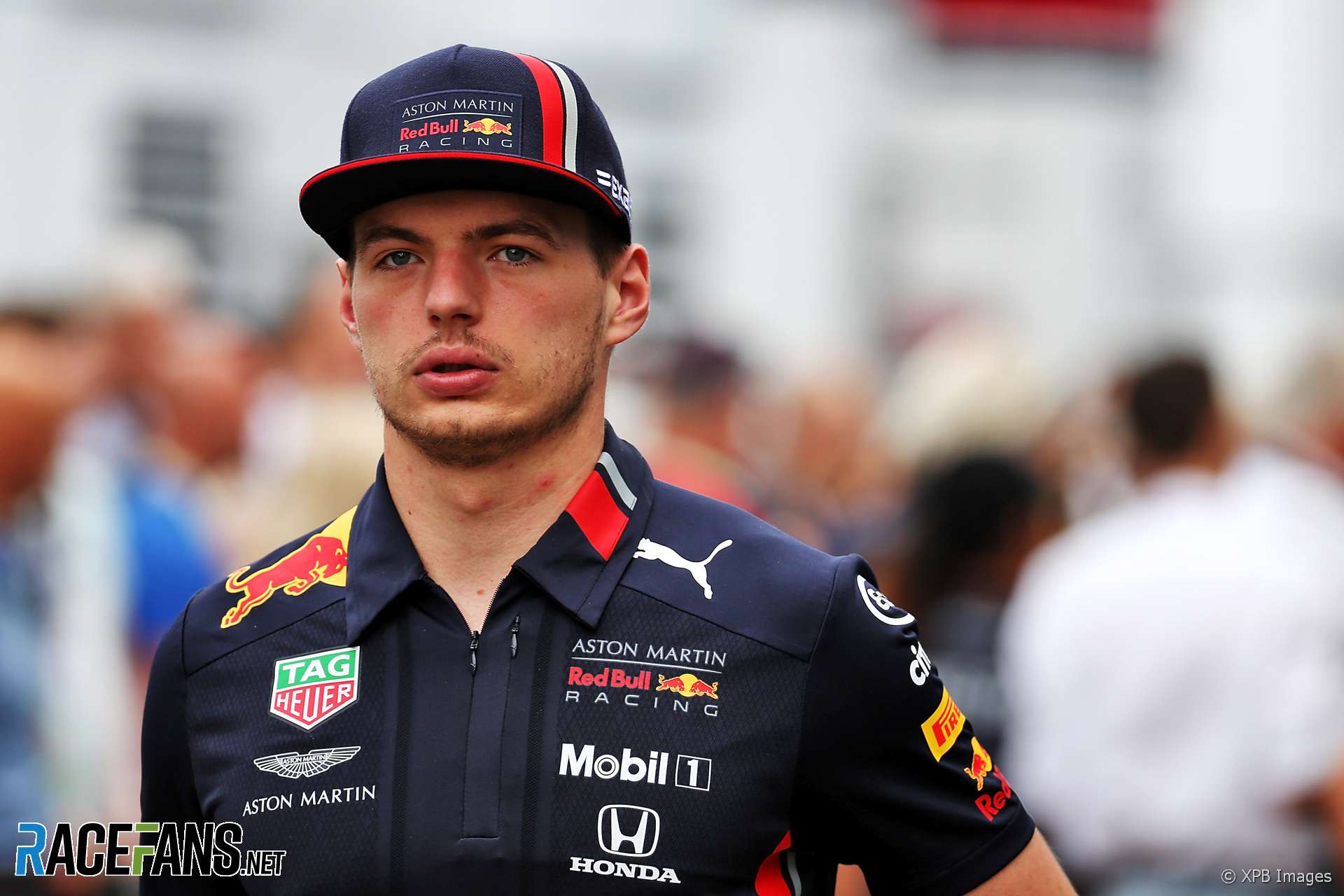 Max Verstappen says Formula 1 should not “overreact” in the fact of growing concerns about its contribution to rising global temperatures.

Lewis Hamilton’s comments about the environment and pledge to become ‘carbon neutral’ by the end of the year has prompted discussion over F1’s effect on the climate. Hamilton revealed yesterday he is in the process of replacing many of his conventional road cars with electric models.

However Verstappen does not want to see F1 move too far away from using combustion engines.

“I like fuel. Can I say that?” asked Verstappen in response to a question from RaceFans yesterday.

“I don’t like electric stuff. I like my little moped at home, the electric one. But not for an F1 car.

“I know [the] environment is very important but F1 has been around as well for a long time and I don’t think we should overreact or be a drama queen about it. So let’s get on with it. If you don’t like it, don’t watch it.”

However Sebastian Vettel believes F1 needs to send a “stronger message” about the environment and defended Hamilton’s use of his social media presence to promote his views. “I’m not active on social media but I think the point is very clear,” said Vettel. “I think you would be ignorant if you wouldn’t look at it.

“Obviously, as Lewis mentioned, it’s very difficult, in a way, to us to get acceptance from outside, because we don’t have the smallest footprint because the races happen around the world. We do have to travel, so it’s part of our jobs.

“But I think in general, Formula 1 should do more. It’s a worldwide operating platform. I think we should send a much stronger message regarding this subject and I think personally – this is free to everyone – but I think everybody can do something, contribute a little bit and if the whole world would act like that, it would make a huge difference. I think it’s inevitable that change is coming and hopefully rather sooner than later.”

As part of his efforts to reduce his impact on the environment Hamilton has also adopted what he calls a ‘plant-based’ diet. Verstappen is doubtful of the claims Hamilton has made for the diet’s effect on his performance.

“I watched this documentary about being plant-based,” said Verstappen. “And then it’s actually quite interesting that a lot of athletes actually say that they gain performance from it.

“But then that’s also different from Formula 1 where we are not limited in pace because physically. Yes you need to be strong, you need to be fit, but it’s not like where you are cycling or running and stuff like it’s more or less all you.”