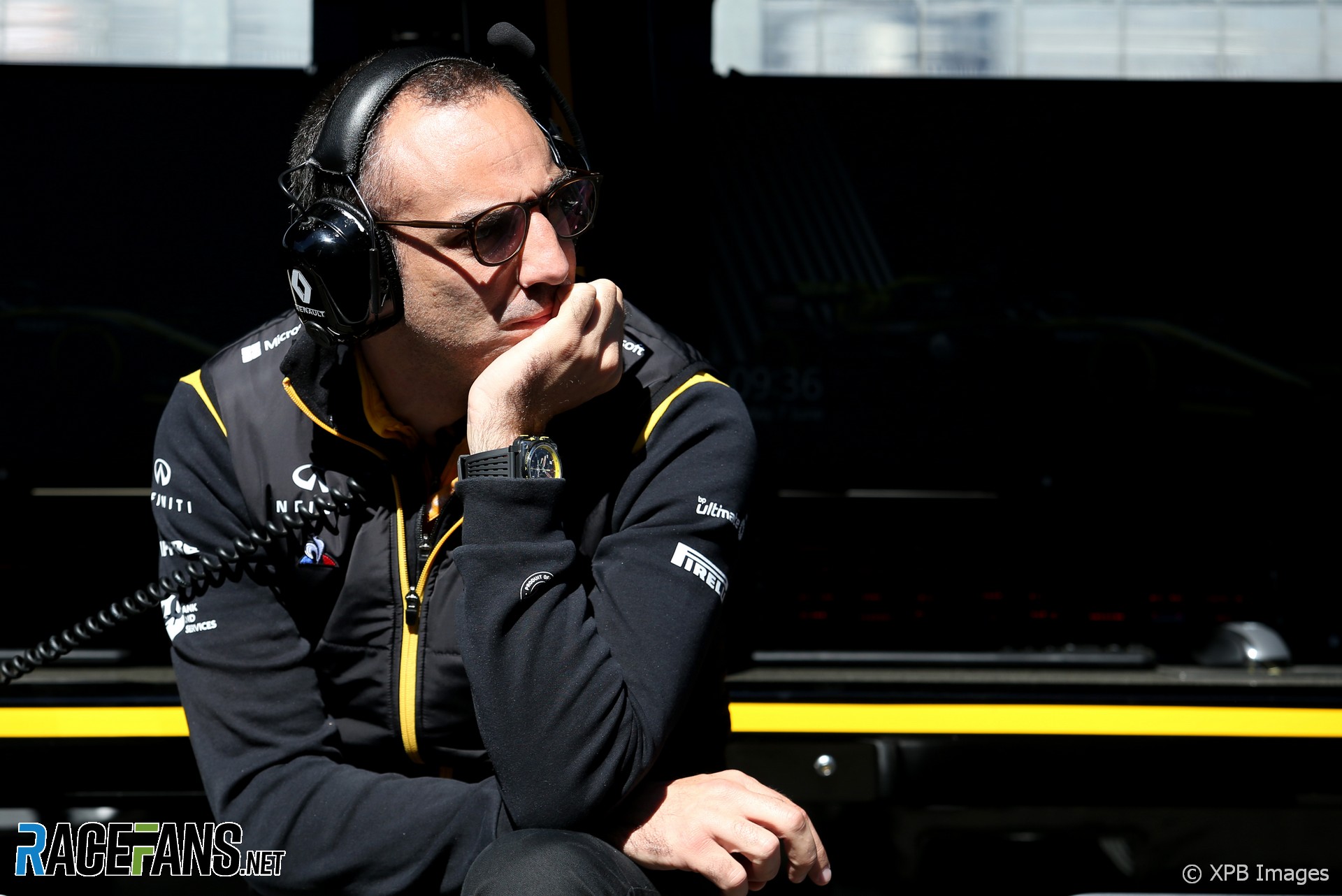 The automatic brake bias adjustment system which led to Renault’s disqualification from the Japanese Grand Prix was first used on its cars “many years” earlier.

“It’s not from this season. It’s from before,” the team’s managing director Cyril Abiteboul confirmed. RaceFans understands it may have first been used as early as 2015, when the team ran under its previous identity, Lotus.

The device has been part of its car for so long the team never expected its legality to be disputed, said Abiteboul. However following a protest by Racing Point at Suzuka, the Japanese Grand Prix stewards ruled it constituted an illegal driver aid.

“I agree that it’s a driver aid just like we said before,” said Abiteboul in response to a question from RaceFans in Mexico today. “A number of things are driver aids, so you need also to accept that there is an element of subjectivity.

“[But] it’s been used since so many years that we never thought that it could be put into question until what happened recently.”

Abiteboul said Racing Point did not follow the usual procedure when they discovered how Renault had created a system which adjusted the brake bias setting for the driver over the course of a lap. Racing Point had asked the FIA if they could use a device like Renault’s on their car and were advised it would breach the rules.

“The team that has made a request and received a negative response can ask the FIA to turn that into a [technical directive],” said Abiteboul. “Which they have not done.

“Or they can also go as far asking the FIA to look specifically into our team if there is speculation that we are doing the same system. Which is not what they’ve done.

“Instead what they’ve done is to [use] the context of a race, a fan event, for us to be disqualified by the stewards. Which is a completely different process because we know the stewards do not obey directly to the FIA for obvious reasons of independence.”

While the stewards did not rule that the brake bias system contravened the technical regulations, they found the team had breached article 27.1 of the sporting regulations which states “the driver must drive the car alone and unaided”. Abiteboul is concerned that the two sets of regulations may create grey areas and contradictions.

“It was important for us to get across the message that a car is legal in accordance to the technical regulation,” he said. “But we also recognise that you need to comply not just with one set of regulation, but with all sets of regulation: Technical, sporting, tomorrow there will be the financial regulations.

“So as Formula 1 is evolving, regulations are getting more and more complex. Sometimes they can also even contradict themselves. That’s maybe one of these cases that we are sort of facing.

“But a sporting regulation is something that is much more subjective, in particular in the context of that article 27.1 on driver aids. We do not deny that it’s a form of a driver aid, not to make the car faster, but to reduce the workload of the drivers. So that was always going to be a bit of a subjective assessment as to how far it’s really aiding the driver and whether it’s acceptable or not.

“The stewards have judged that it’s not acceptable. So be it. Put that behind. For me it’s harsh on the team. It’s also even harsher on drivers because I think it’s a very poor recognition of what they are doing. It’s shading a negative light on what they are doing, the way that they are performing in the car.”