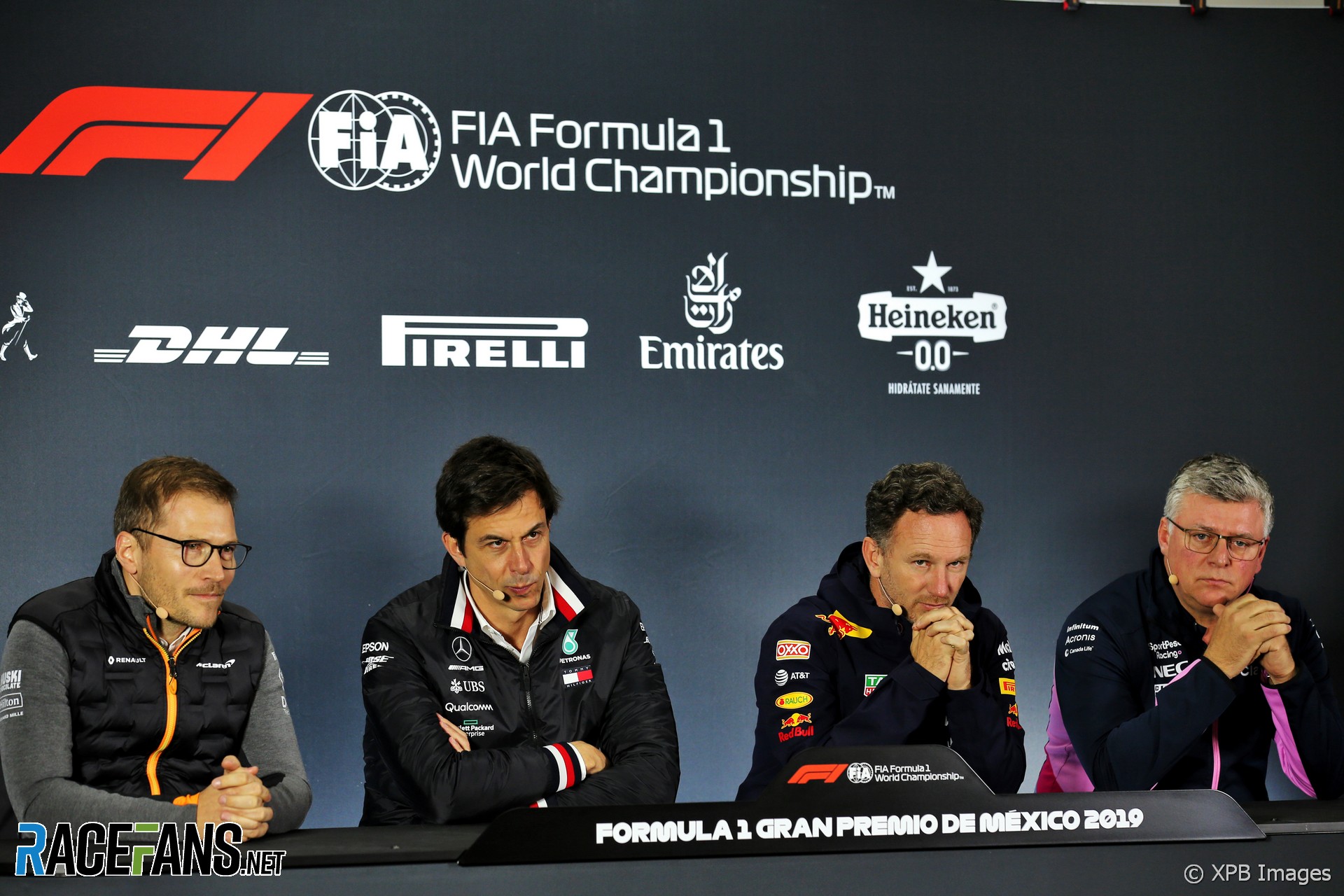 Formula 1 teams are braced for the “potential impact” if Britain leaves the European Union amid continuing uncertainty over ‘Brexit’.

The British government originally said the country would leave the EU on March 31st this year, but the deadline was postponed to the end of the month after it was unable to agree a deal. Last week the EU agreed a further extension to that deadline, potentially as far as the end of January next year.

All bar two of F1’s teams – Ferrari and Alfa Romeo – have at least part of their F1 base inside the UK. They face potential disruption if Britain leaves the customs union with Europe it would delay the passage of their freight between Britain’s borders and other EU countries, where several rounds on the 2020 F1 calendar plus all of pre-season testing will be held.

Toto Wolff, team principal of Mercedes, whose entire F1 operation is based in the UK, said teams “need to prepare, as any other company out there, for potential impact” if Britain’s departure from the EU goes ahead.

“It’s clear that it will harm us in a way because our businesses live with the ‘just in time’ concept of product supplies,” he added.

“But we are going to get our head around it. As a team, we put a lot of effort into understanding what the potential impact could be and we are ready for whatsoever outcome.”

Teams remain unclear when Britain may leave the EU and whether it will do so with new trading arrangements in place. If it fails to agree a deal and a ‘no-deal Brexit’ goes ahead, government documents leaked in August indicate it expects queues lasting two-and-a-half days at British ports.

Another entirely UK-based team, Racing Point, is “planning for the worst case, the worst case being a no-deal Brexit”, said CEO Otmar Szafnauer.

“I think we’ve put some plans in place to cope with that and we’re hoping for the best case.

“Only time will tell. But I think we’re well prepared to keep going if Brexit does happen sooner rather than later and there is no deal.”

Brexit could also affect the rights of teams’ European staff who are based in the UK. Andreas Seidl, the German team principal of British team McLaren, said he’s “got the guarantee that I can stay at least, whatever happens.”

“As a team we simply did our homework and prepared for every possible scenario which is on the horizon,” he added. “I’m sure whatever happens in the next weeks and months there will be solutions in place and we will keep going racing.”