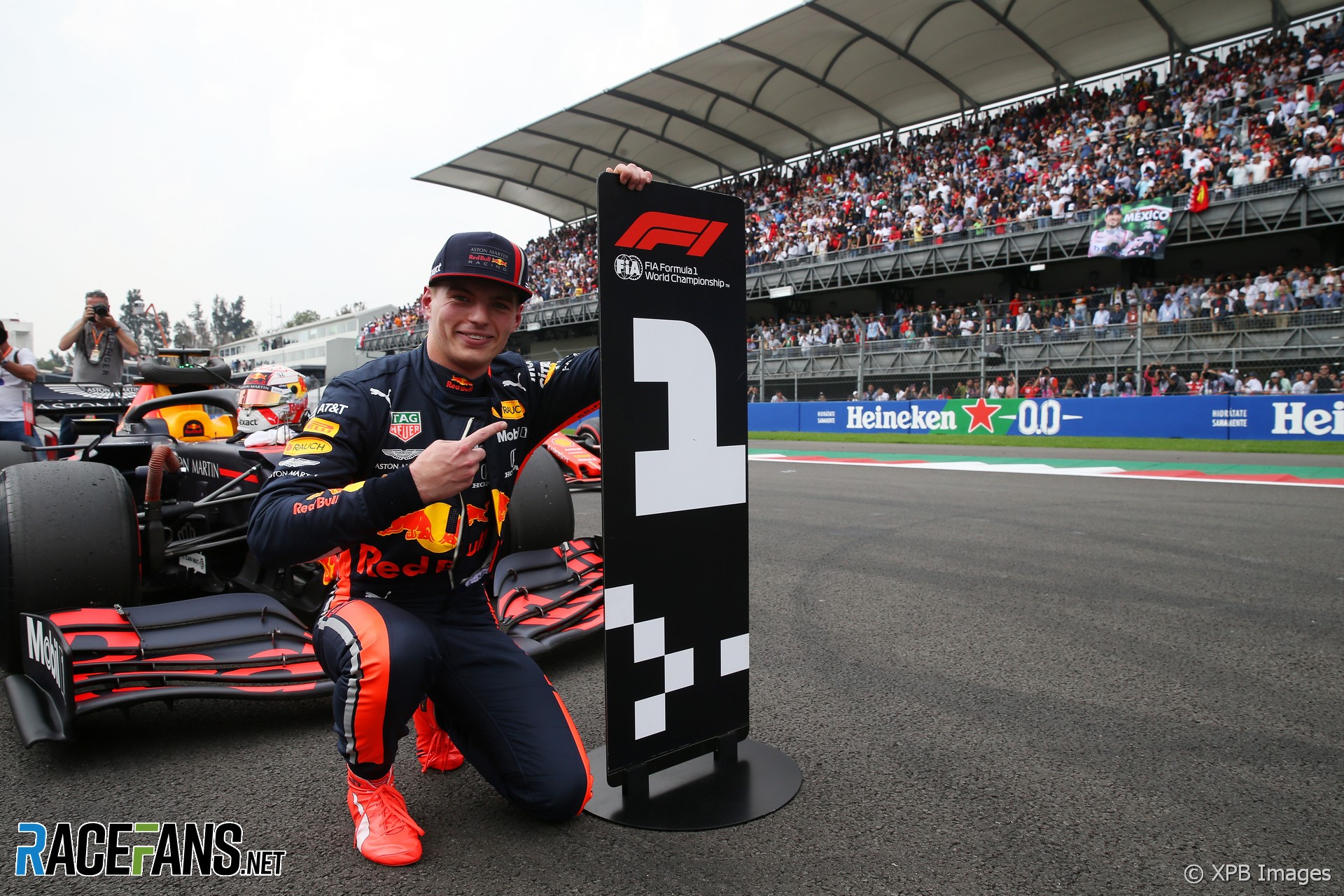 Max Verstappen will start today’s Mexican Grand Prix from fourth on the grid after being given a three-place penalty for failing to slow for yellow flags after Valtteri Bottas’s crash.

In the official FIA press conference after qualifying Verstappen admitted he did not back off, but was careful not to acknowledge whether he had seen the yellow flags. Verstappen believes an appropriate penalty for failing to slow for yellow flags would be to have his lap time deleted.

However the stewards gave him a three-place grid drop and two penalty points on his licence. This is the same sanction he was given at the Russian Grand Prix last year when he was found not to have slowed for yellow flags.

Did they make the right decision? How do you think they should have handled it? Join in out poll and debate below.

Verstappen argued that F1 drivers “know what we are doing otherwise we would not be driving an F1 car” and that in qualifying “you go for it”.

Deleting his lap time would have prevented him from gaining an advantage by not slowing for the yellow flags. Verstappen may have broken the rules on his final lap, but he also set another lap which was good enough for pole position.

Verstappen’s penalty should have been more severe as he hasn’t learned his lesson from Sochi last year, when he received the same penalty.

Verstappen’s argument that he should just have his best lap time deleted is obviously self-serving, and said in the knowledge that he would have kept his pole position under those circumstances. Deleting Verstappen’s final lap time would not be fair on Vettel, who reacted correctly to the yellow flag by aborting his lap. It would send a message to other drivers that they should not lift for yellow flags in qualifying as the stewards will decide whether the resulting lap time stands.

There is arguably a case for one as well. If a driver commits an infraction – particularly a safety violation – and later repeats it, giving them a stiffer penalty the second time may compel them to acknowledge a rule they have repeatedly ignored.

While I have some sympathy for this, at the same time I understand why the stewards want to keep their penalties consistent in the interests of fairness, which is what they have done here. n my view, the stewards have given Verstappen the minimum acceptable penalty here, with the emphasis on ‘acceptable’.

Was Verstappen’s penalty fair? Cast your vote below and have your say in the comments.

Max Verstappen's three-place grid penalty in qualifying for the Mexican GP was...

97 comments on “Did Verstappen deserve to lose pole over yellow flag error?”