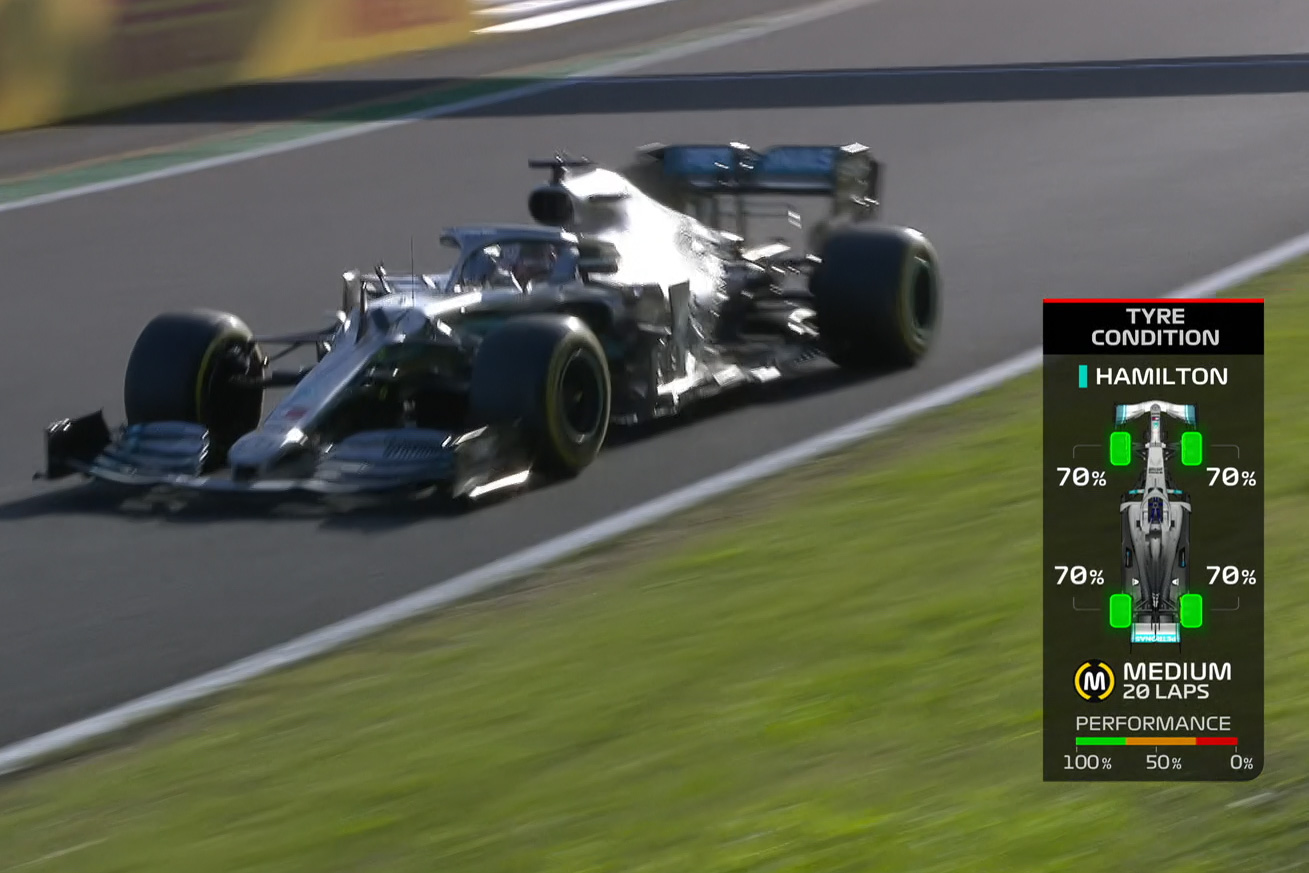 Formula 1 will continue to use its new Tyre Performance graphic which was criticised by the sport’s official tyre supplier Pirelli.

The new graphic, introduced during the last round of the championship in Japan, will be seen again during today’s Mexican Grand Prix broadcast, the series promoter has confirmed. It shows percentage values representing the ‘condition’ of each tyre on a driver’s car.

Pirelli motorsport director Mario Isola said he was “surprised” by the appearance of the graphic during the Suzuka race. He stressed Pirelli was not involved in its creation, and raised concerns the data it shows could be “misleading”.

In a statement issued ahead of today’s race F1 said the Tyre Performance graphic had been “improved” since the Japanese Grand Prix. According to F1 the graphic provides “detailed, real-time information on the current condition for all four individual tyres on a chosen car, presented as a percentage value on a scale between ‘new tyre with no wear’ (100%) and a ‘used tyre’ at the end of its effective performance lifespan (0%).

“The % value indicates how much of the tyre performance capability has been used thus far into the stint; this value is not to be confused with tyre wear which instead refers to the amount of actual rubber removed from the tyre during the usage period. Lower values indicate a proportional loss in tyre performance via tyre degradation.”

The values are calculated without using any data from Pirelli. F1 uses publicly available data analysed to generate the graphics, which are branded by sponsor AWS.

Formula 1’s director of broadcast media Dean Locke told RaceFans F1 uses “what the teams do in their strategy” to arrive at its ‘tyre condition’ figures.

“We took all the parameters we had, put them in this huge algorithm, a model, plotted that model, ran [and] tested that model for eight to 12 weeks using all the different races that we can and trying to see what we got.

“It takes in a huge amount of parameters: What the car is doing, where it was, the tyre drop-off. It’s about performance of the tyre.

“There was a slight misconception of ‘the tyre’s about to explode’: It is the lap time drop-off that tyre.”