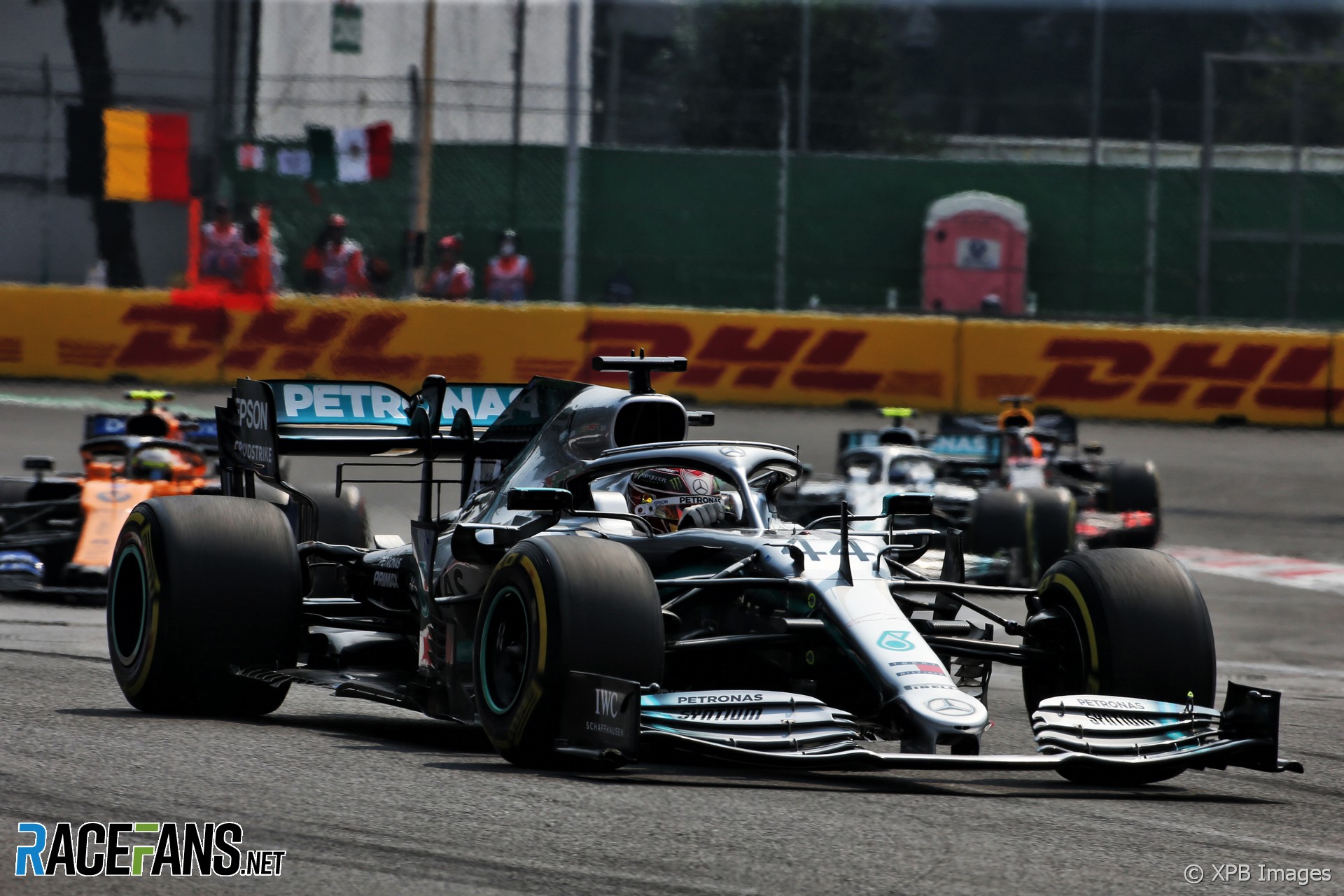 The Mercedes driver’s race got off to a difficult start as he clashed with Sebastian Vettel and Max Verstappen. But he ran a long stint on hard tyres to grab the lead of the race and withstood pressure from Vettel to take his second win at Autodromo Hermanos Rodriguez.

Vettel, who also ran a single-stop strategy, came home second, unable to get within striking distance of Hamilton in the closing laps despite having tyres that were 14 laps fresher. Ferrari, who initially expected Hamilton to pit again, told Vettel his rival would hit a tyre ‘cliff’ late in the race, but it never came.

Hamilton’s 10th victory of the year was not quite enough to seal his sixth world championship victory. Valtteri Bottas’s third place finish ensured that.

Charles Leclerc, who led at the start, made an early pit stop for a second set of medium compound tyres. That locked him into a two-stop strategy and that call, plus a slow second stop, doomed him to finish off the podium.

Leclerc came in shortly after Red Bull pitted Alexander Albon from third place, also on a two-stop strategy. But he lost time behind Carlos Sainz Jnr when he rejoined the track, and his hopes of a podium finish vanished. He took fifth.

An unimpressed Max Verstappen was next home, over a minute behind, following clashes with both Mercedes drivers. He tangled with Hamilton on lap one and then lunged down the inside of Bottas at turn 12. It was a superb move, but the Mercedes made the slightest contact with the Red Bull, puncturing Verstappen’s tyre. He fell to the back of the field, and had to fight his way back to sixth place.

The other Renault driver was involved in a bizarre incident on the final lap. Nico Hulkenberg was knocked into the turn 16 barrier by Daniil Kvyat on the final lap, and crossed the line with his rear wing missing.

Kvyat and team mate Pierre Gasly crossed the line in ninth and 10th, but a post-race time penalty dropped Kvyat to 11th place. That elevated Gasly to ninth and Hulkenberg to the final points position.

McLaren suffered a disastrous race. A pit stop error ended Lando Norris’s chance of scoring points, while Sainz finished out of the top 10 with a handling imbalance.