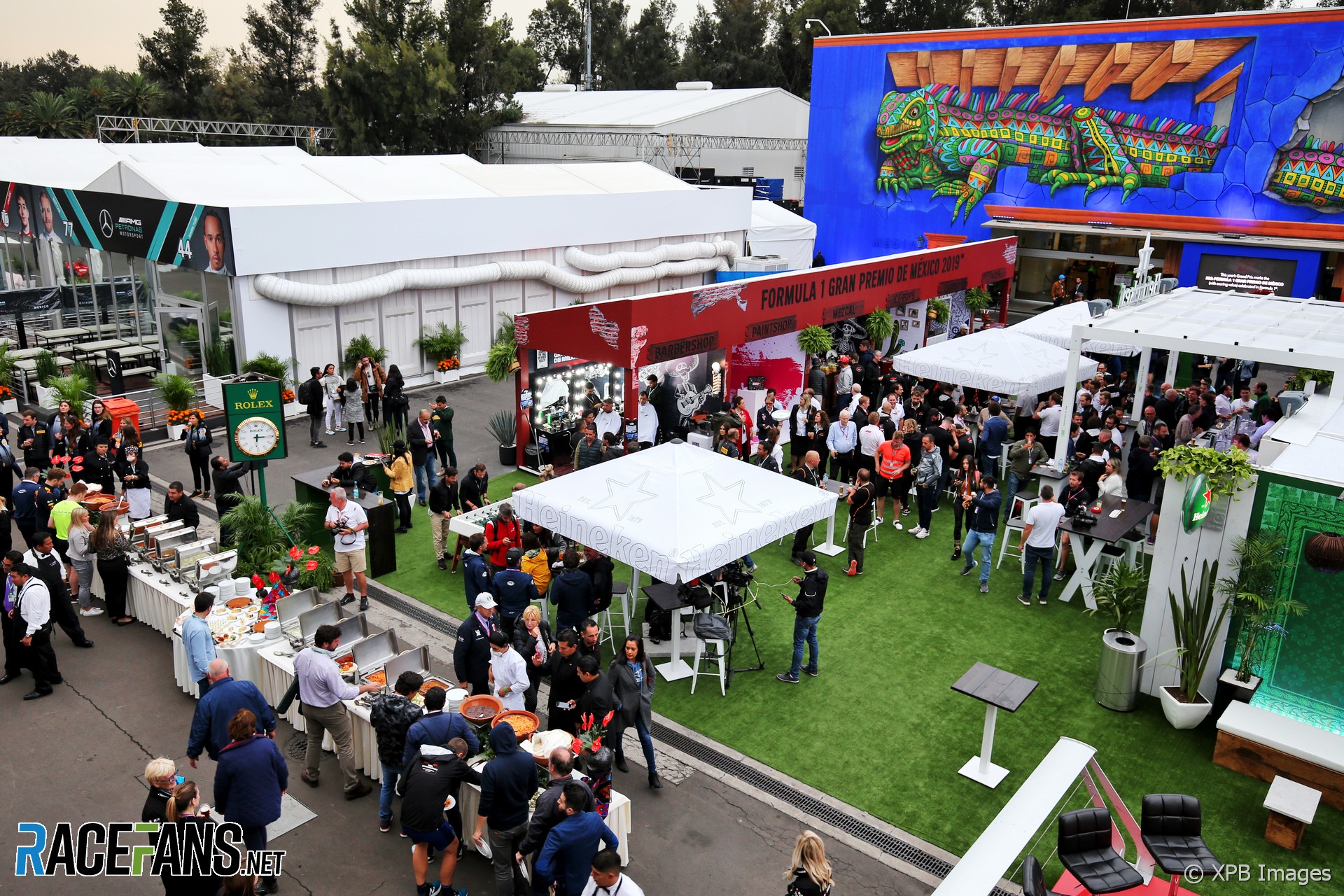 Why are F1’s owners struggling to find support for new races in Las Vegas and Miami? @DieterRencken gets the latest on future F1 calendar moves in the Mexican Grand Prix paddock.

Up and about after getting to bed at midnight: I’d been invited by the Mexican Grand Prix organisers to a Lucha Libre event – literally ‘free fighting’, a form of staged, WWE-style wrestling in either single or trio bouts.

While I’d hesitate to call it sport, it is certainly a flamboyant show that developed out of a sport, and during the evening’s (rather hilarious) proceedings I can’t help but wonder whether this is where Formula 1 is ultimately heading…

Shuttle to circuit, arriving within 20 minutes. Grab my traditional Mexican breakfast: tropical fruit/pastries with coffee, then unpack and catch up on news and emails. The latter includes an invite from Rafael Gisholt, the 1:43rd scale model collector mentioned in Thursday’s diary, to view his full collection, housed in a marquee in the Fan Zone.

I later visit Rafael, who gives a guided tour of all 953 models, displayed in season sequence since 1950, with the first three in constructors in each year’s championship having pride of place. He’d told me he had an example of every car to have started at least one grand prix, and where models were not available off-the-shelf he adapted similar designs.

I try to catch him out with obscure entries and fail: one-offs that contested single Japanese Grands Prix in the 1970s? Present and correct. The LDSs and Boros of F1? Ditto. To amass his collection Rafael bought the available built-ups, then built the rest – he estimates he built or adapted 250 models, all impeccably so. 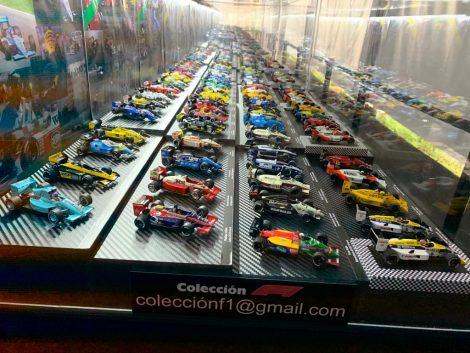 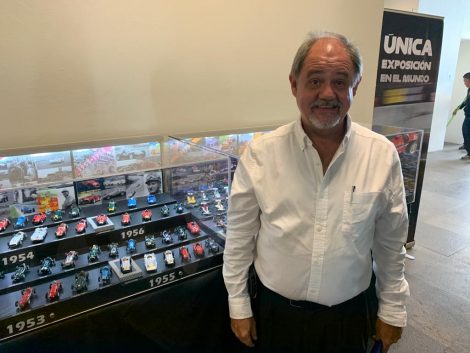 En route back to media centre for final practice I follow up on our tyre graphics story, and establish that a meeting has subsequently been held between F1 and Pirelli and all will soon be clarified, hopefully before Sunday’s race. 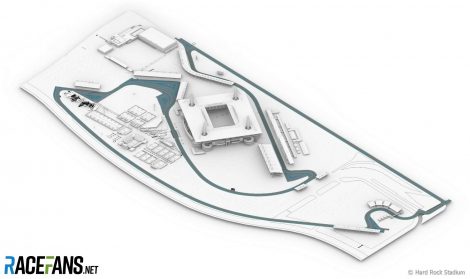 I take a stroll through the paddock. It’s a good time to catch F1 folk not occupied with track activities. I spy a contact with good knowledge of the US F1 scene, and he expresses concern at the manner in which Liberty ‘announced’ the Miami Grand Prix before obtaining all the necessary consents. This, he says, took politicians by surprise, who are not best pleased, particularly after being bombarded by local opposition.

He also doubts whether a mooted street race in Las Vegas will fly: hotel occupancy in the city runs at 90 per cent, and the Big Four casino groups see little sense in disrupting the Strip for up to six weeks simply to find that final 10 per cent. Thus, he says, their support, which is vital for staging a grand prix, is little more than lukewarm.

It is now three years since Liberty acquired F1 and promised additional US rounds – yet the sport still has only Austin, whose contract expires next year.

Talk about a stomach virus in the paddock makes me nervous, so I stick to pasta at lunch, then prepare for the 1pm qualifying session. In my book it is the most sensible time for the shoot-out as it allows abundant time for media activities after driver debriefs before they leave the circuit for sponsor commitments. 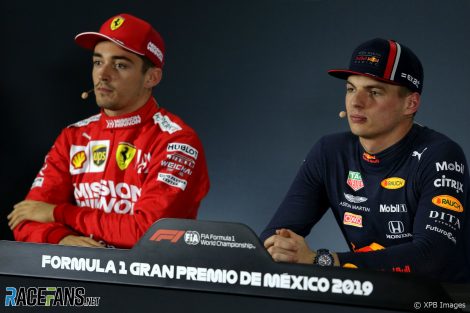 After qualifying the talk is, naturally, all about Max Verstappen’s yellow flag breach. Such is the time delay before an investigation is announced folk wonder whether any action will be taken. I’m told the delay is due to the stewards investigating whether to investigate…

During McLaren’s media call Andreas Seidl confirms that the qualifying race concept is not dead, but simply on the back burner while F1 sorts other priorities. Could it still be introduced for 2020? Possibly but unlikely, and more likely for the following season.

As Ross Brawn pointed out in a Sky television interview broadcast before qualifying, the current governance system allows any single team to block it for next year. However that will all change for the 2021 F1 season. 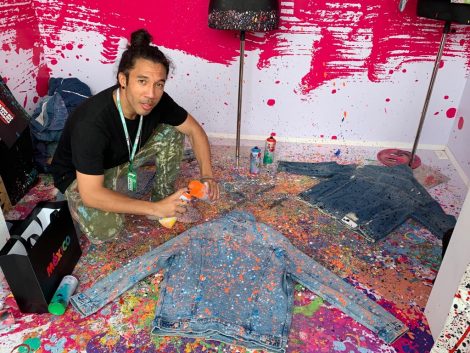 The ruling on Verstappen takes a long time to arrive for what, to many, looks like a straightforward violation. Sure enough, a three-place grid penalty for the Red Bull driver hands Charles Leclerc his seventh pole position of the year.

Last year the promoters presented me with a set of cufflinks on my birthday – which usually coincides with this race or the United States Grand Prix – and this year they decide on a street art denim jacket painted specifically for me by the grand prix’s guest artist Jimmy Paintz. He hails from Hollywood, where his murals and artworks are legendary.

I decide on an orange theme, and am really pleased with my gift, which I’ll wear with pride on tomorrow’s grid. Thanks mates!