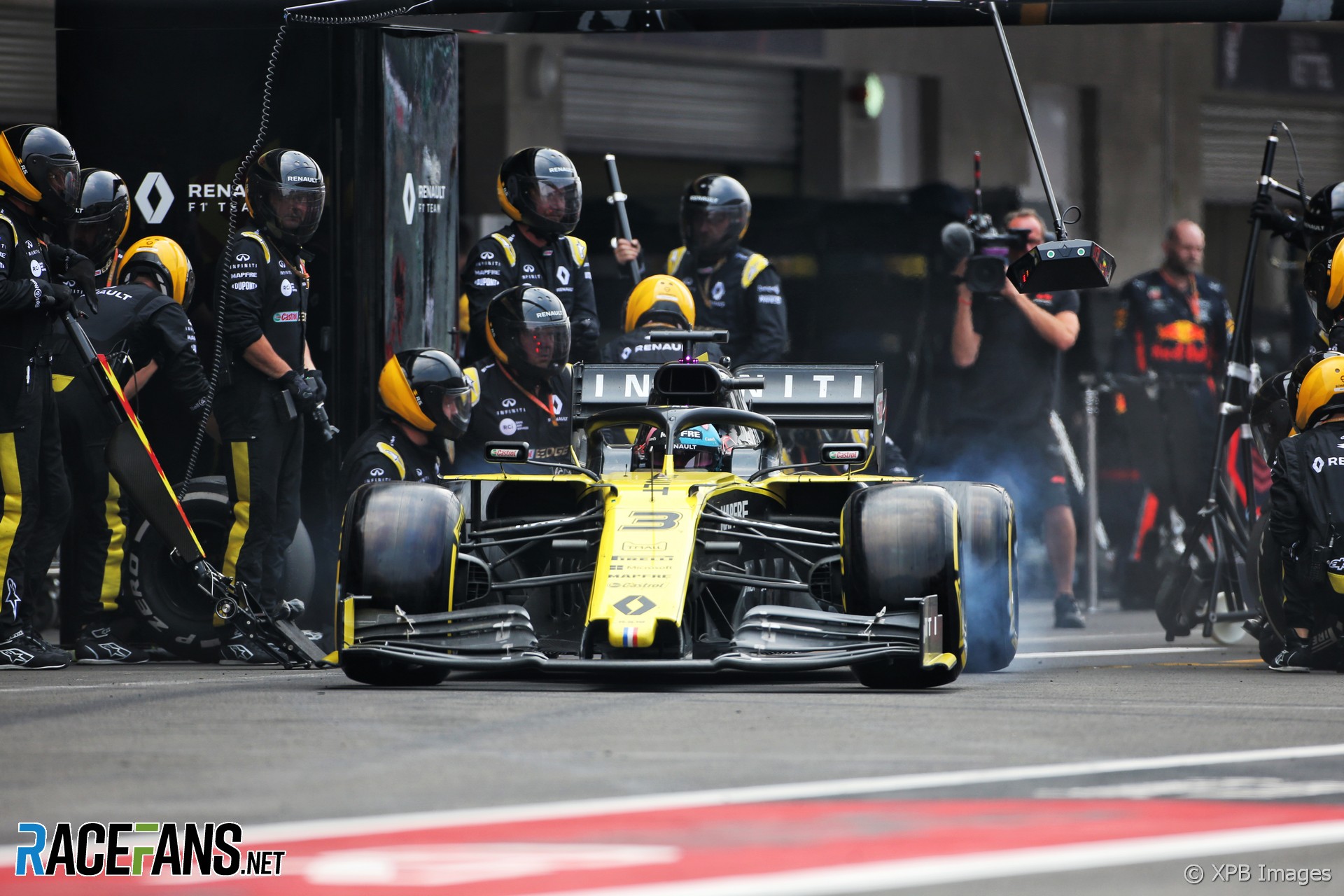 The strategy gamble which won the Mexican Grand Prix for Lewis Hamilton was inspired by Renault’s tactics for Daniel Ricciardo.

Mercedes team principal Toto Wolff said the team needed to gamble on a different approach and noticed Ricciardo, who was the only driver to start the race on hard tyres, was getting good lap times out of them.

“We knew that we had to take a risk,” said Wolff. “When you are starting third and sixth it is easier to come up with some bold strategies provided that you have a good car, which we had today, and fantastic drivers.

“We knew we had to do something different. Then we saw Ricciardo going long on the hard tyres with intriguing lap times. Then we had quite some discussion and at the end what James [Vowles, strategist] and his strategy partner opted for was to go long worked out.”

Hamilton wasn’t convinced by the strategy to begin with, and repeatedly warned his team they had made his first pit stop too soon. Mercedes put Vowles on the radio at one point to reassure him about the team’s approach.

“When you are out there in the car alone and you have not the visibility [of] what is happening around you it is, even for the best one, good to get reassurance,” said Wolff. “I think that is kind of a psychology that works.”

“[He did a] phenomenal job. Not easy managing Lewis in the race but it shows that we have a deep strength in the team. Bono stepping to the side for one race, handing over the baton. Marcus did a really good job together with Dom [Riefstahl, who took over from Dudley as performance engineer]”.