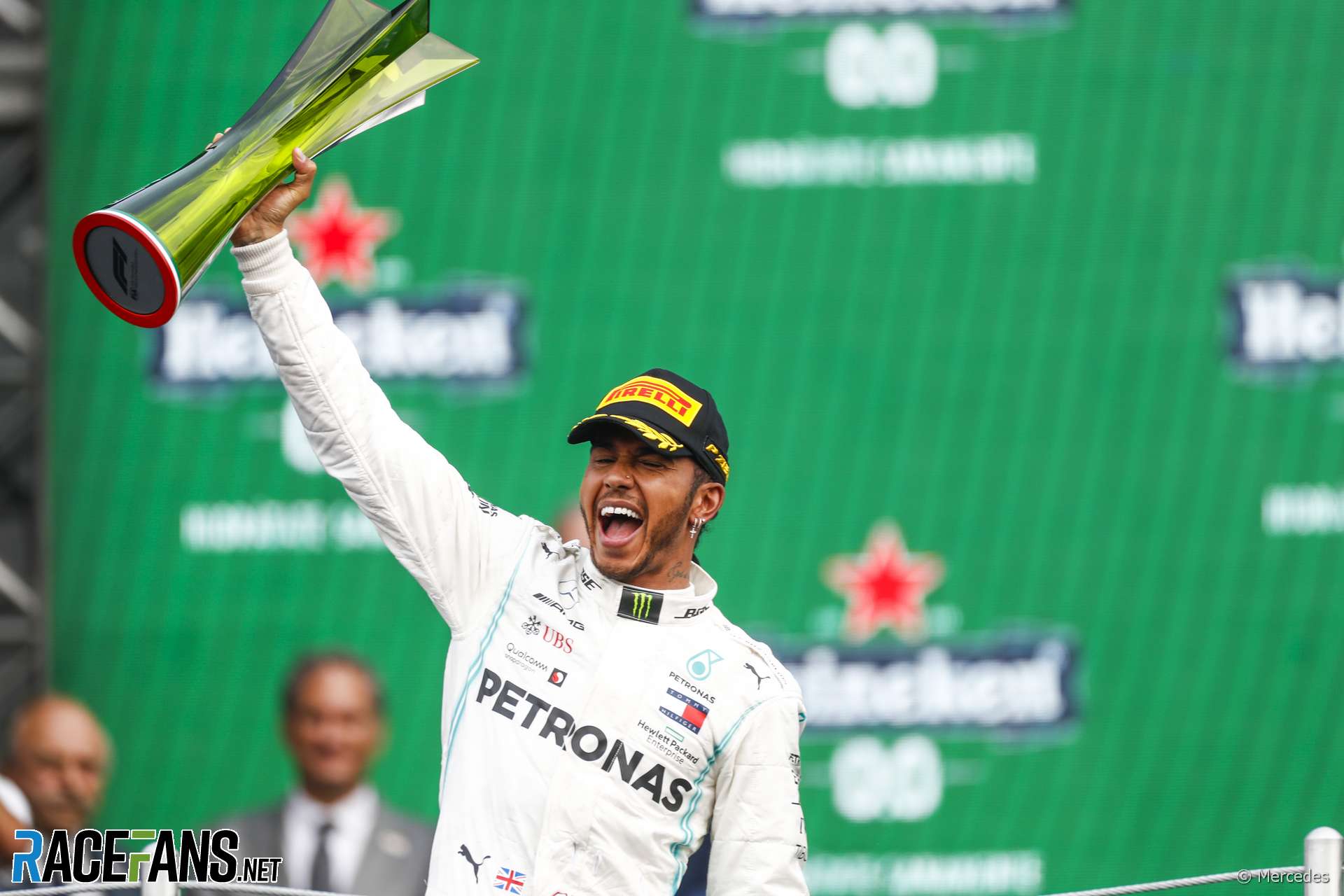 His team mate Valtteri Bottas is the only driver left who can beat him to the championship. To do so he has to overturn a deficit of 74 points with 78 available over the remaining three races.

This means the only way Hamilton can lose the world championship is if Bottas wins all of the remaining three races, while Hamilton scores less than four points.

As far as this weekend’s race goes, the size of Hamilton’s lead means the situation is fairly straightforward.

If Bottas doesn’t win this weekend’s race, Hamilton will win the championship regardless of where he finishes. If Bottas does win the race, Hamilton needs to finish at least eighth, or finish ninth and score the fastest lap bonus point, to clinch the title on Sunday.

For Bottas to beat Hamilton to the title from this position would be the biggest championship lead any F1 driver has overturned in terms of average points needed per race.

In the table below, the combinations of finishing positions which would see Hamilton clinch the title at the Circuit of the Americas are shaded blue:

NB. If the race is cut short and half-points are awarded, Hamilton will win the championship in the USA regardless of the race result.