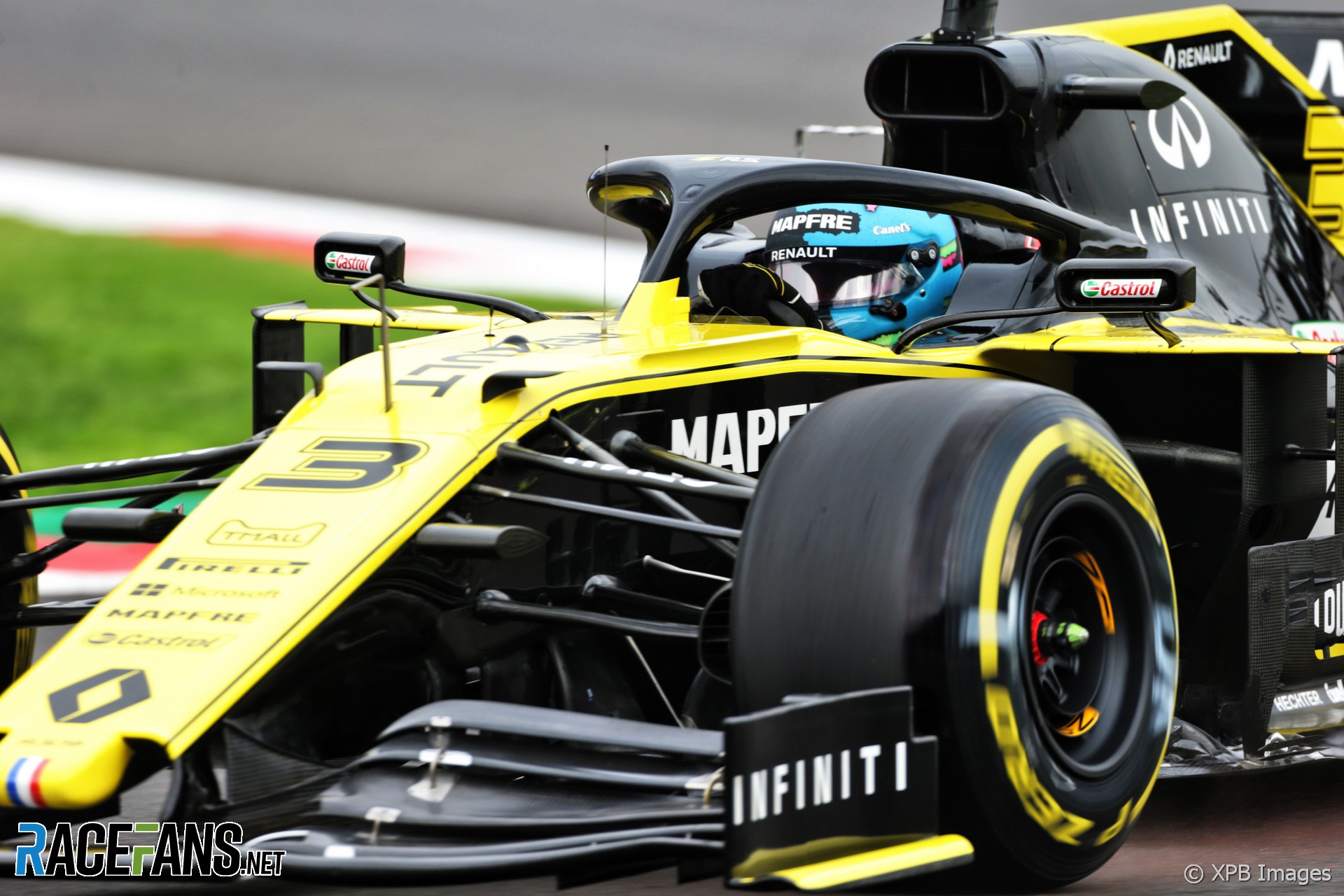 In the round-up: Daniel Ricciardo says he does not miss having Renault’s automatic brake balance adjuster, which was ruled illegal after the Japanese Grand Prix.

Ricciardo said having a manual brake balance adjustment is what he was used to last year at Red Bull:

This is what I had also last year. You see guys do it: Mercedes onboard, they’re making 20 switches a lap. You do it for each corner as you wish.

But honestly, some races, I want to say probably more than 50 percent [of them], I don’t touch brake balance. I just modulate it with my foot and I feel if that corner is likely to lock the front, then I just initially pressure a bit less.

So I don’t see it as a big loss. I don’t see it really as a loss at all. It just means that I’ve got to maybe think a little bit more and figure out if I need a brake balance adjustment for a particular corner.

Three-times @NASCAR champion @TonyStewart will demonstrate a @StewartHaasRcng NASCAR at 12pm on Thursday ahead of this weekend's #USGP at @COTA. #F1 #NASCAR pic.twitter.com/hhcfVpRNtz

Frustrating watching the GP & knowing Ricciardo/ Perez & Hulk/Kvyat were scrapping tooth & nail while the TV director watched the top four on slowing down lap. Mind you, shouldn’t complain as I remember in 1990 they unfathomably showed entire first lap via Caffi’s onboard 🤪🤷‍♂️

The rain has been so heavy the roof on all the paddock village just collapsed. Nobody hurt fortunately #F1 #MexicoGP pic.twitter.com/b6quhTdoxB

Jos Verstappen reviews Max' race in Mexico: 'Puncture did him in' (Verstappen)

"The drivers normally get informed by the team very quickly if an accident has happened and what you need or need not to do. That wasn’t the case now, so the question remains what do you do as a driver."

"Going into this weekend we knew this would likely happen. We go away knowing that coming in here we were weak, and we go away weak."

The Experts' Guide to F2: Rivalries (F1 Games from Codemasters via YouTube)

Ferrari have ‘gifted’ too many wins to Mercedes this year, says OOliver:

I still find it amazing Hamilton has been able to win 10 races and Mercedes, 13 races so far this season.

While I can’t fault Ferrari much for this race outcome, I certainly can fault their performance this season. They have gifted Mercedes to many race victories. This was a Mercedes was on the verge of suffering a humiliating defeat, yet they have gone on again to win both championships.
OOliver

28 comments on “Ricciardo: Removal of Renault brake bias adjuster “not a loss at all””