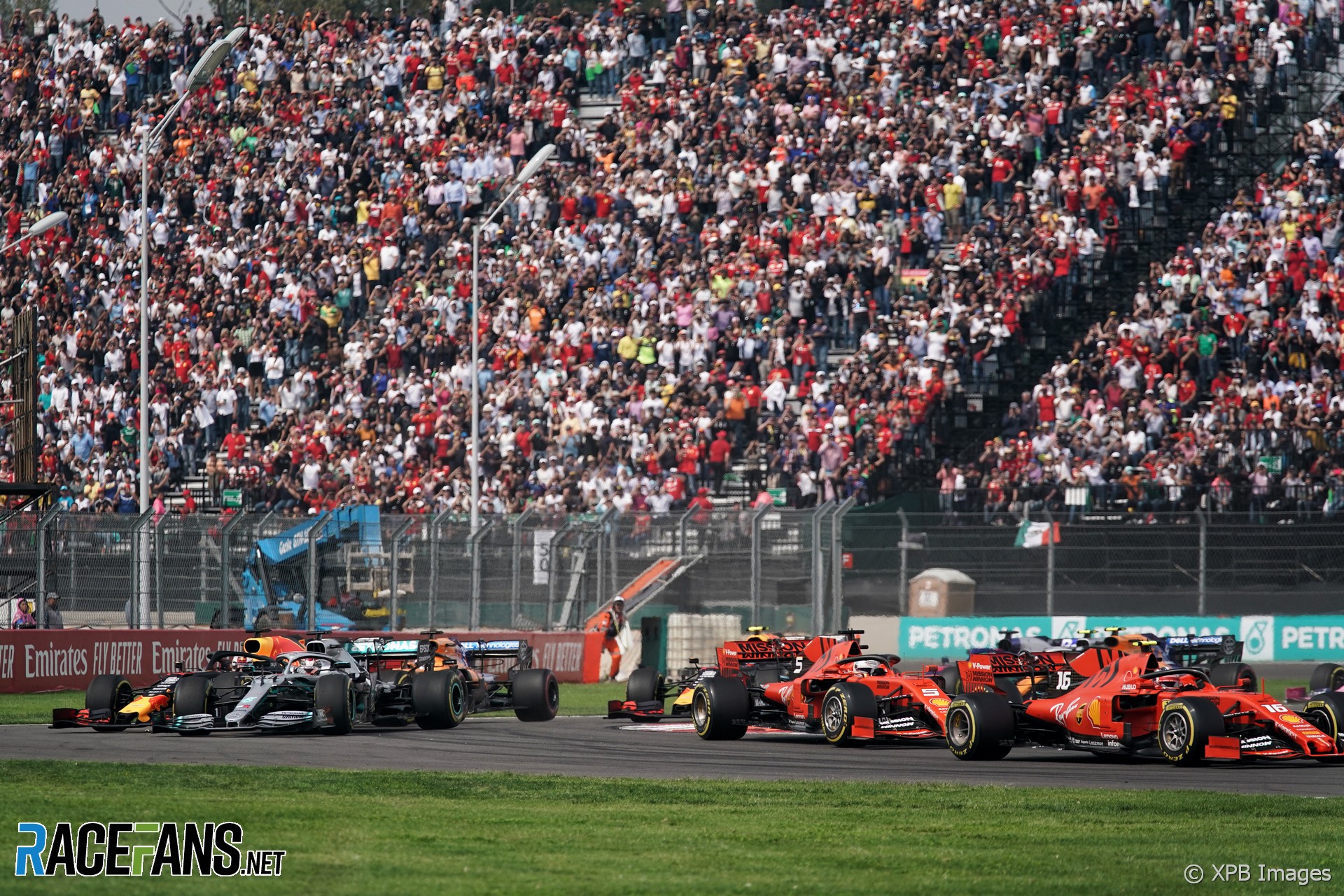 Max Verstappen was unimpressed with Lewis Hamilton’s complaint about his driving at the start of the Mexican Grand Prix.

The Mercedes driver said he “got torpedoed” by Verstappen when they collided at the start of the race. “I thought at some stage I’d get torpedoed by Max,” he added.

But Verstappen disagreed with Hamilton’s description of the collision. “Looking at turn one and two in Mexico I don’t think that happened,” he said.

“From my side it was a bit of a silly comment to make. I think I am always a hard racer, but fair. I think it’s just not correct.

“Of course it’s easy to have a dig at someone. But from my side it’s fine. I think it’s always positive when they talk about you because that means that you are in their heads. So from my side I just focus on my driving and that’s enough said.”

Sebastian Vettel said he agreed with Hamilton’s remarks about it being “very likely you’re going to come together with Max” when racing him. Verstappen said that “shows that I’m in their heads.”

“I guess that’s a good thing, ” he continued. “But from my side I don’t need to dig into other people in a press conference.

“I think it’s a bit disrespectful as well and I prefer to fight on track, which I love to do. Of course I like to fight hard, but on the edge. Otherwise if they want me to stay behind, it’s better to stay at home.