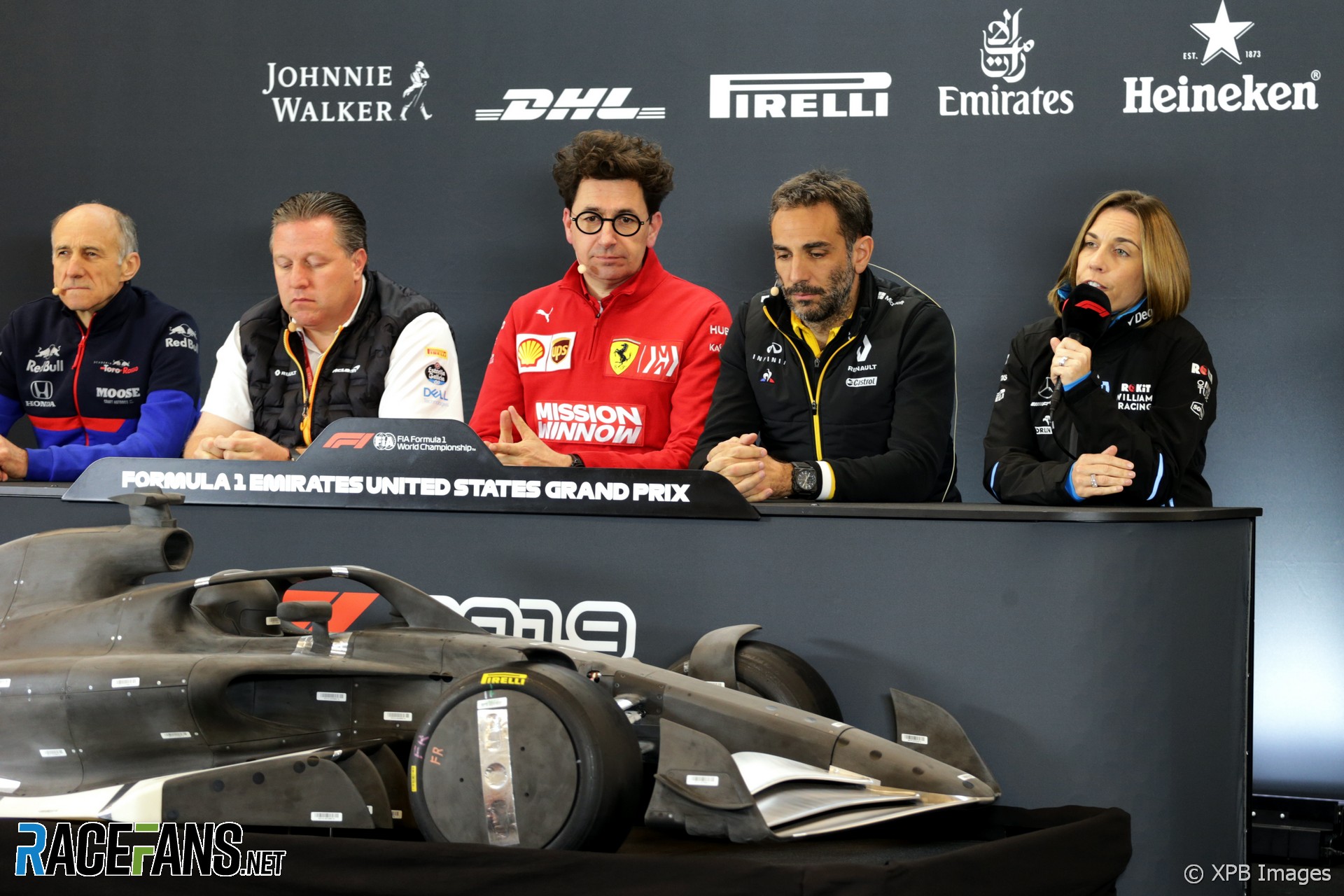 Ferrari team principal Mattia Binotto explained the team’s decision to vote in favour of the new rules for the 2021 F1 season.

Formula 1’s most famous and successful team previously warned it would not support the new rules if it did not approve of them. It is the only team with the power to veto changes to the sport’s regulations.

However the regulations were passed with the unanimous support of the World Motor Sports Council, which Ferrari is a part of. “We voted in favour so we are happy with the new set of regulations,” said Binotto in response to a question from RaceFans. “If not happy, at least we are convinced that’s the right way to go.”

Asked whether Ferrari considered vetoing the rules Binotto said “for us [it was] more important to collaborate with F1 and to make sure that by the end of October we got the best package to be voted, and I think that’s where we put our focus and our efforts.”

However Binotto said he considers the rules a “starting point” and believes there is more progress to be made in making Formula 1 more sustainable.

“We believe it’s the right moment to look for this continuity. Our sport has to be sustainable, we are all aware of that. We need to work hard as well in the future on a more sustainable, green as well, sport.

“So there is still much to work on. If there is anything I would avoid, [it is] to say it has been locked on. I think that’s a starting point, we are all together now we need to collaborate.”

Binotto says F1 still has “much to develop, improve and, certainly, looking at a more sustainable sport for the future.”

“The power unit and the fuel, whatever can be done, I think that’s a responsibility we’ve all got together,” he added. “So far we collaborated well with FIA and F1 but [there’s] still much to do.”