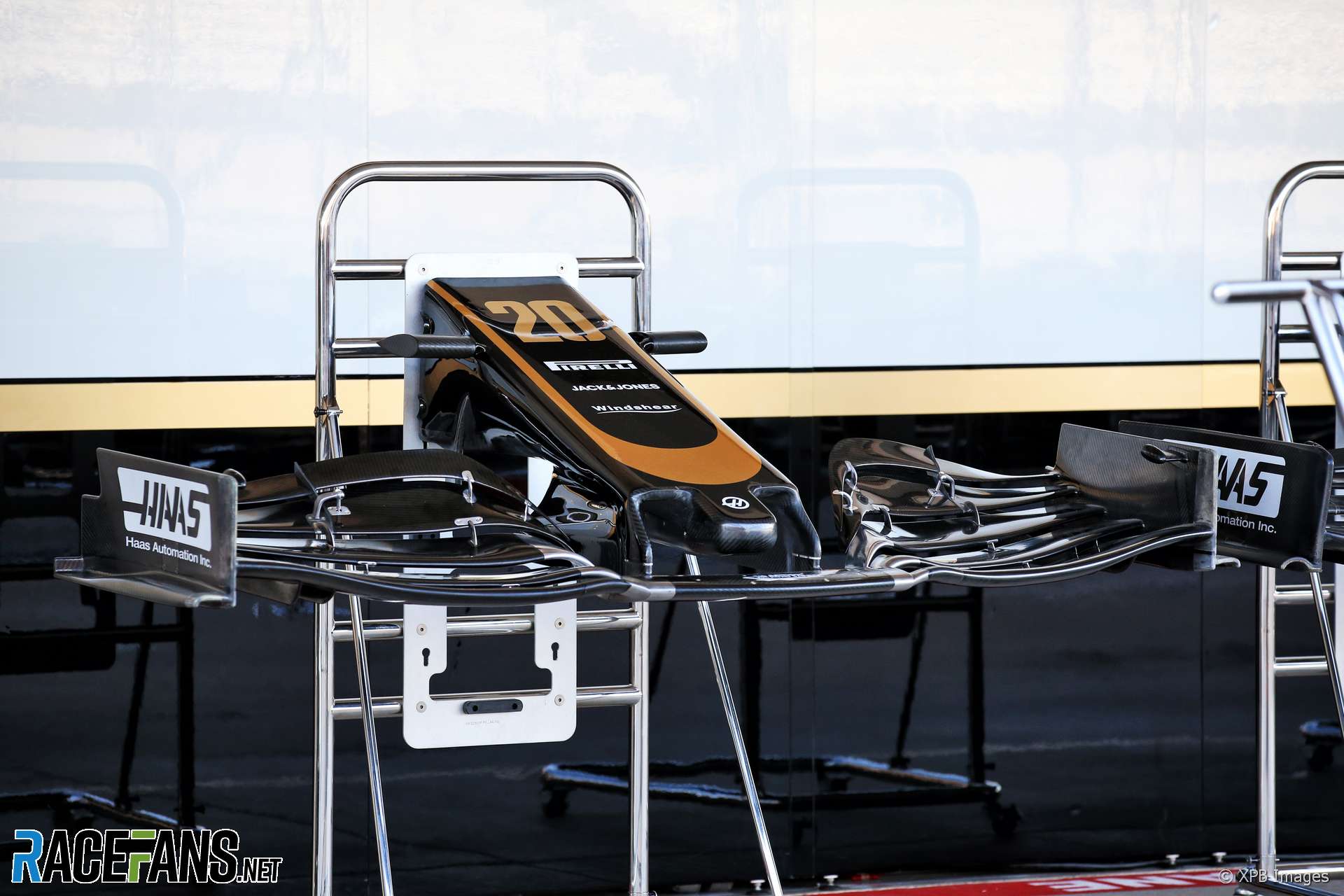 Haas will test a new front wing at the Circuit of the Americas this weekend having identified it as part of the cause of their struggles this year.

The team has been frustrated by its inability to consistently keep its tyres within the operating window of temperature. It removed several aerodynamic updates from its VF-19 earlier in the year.

Steiner said the new front wing, which will be run in practice today, is a “varient” which “is for more understanding of the car.”

“It’s not like an update it’s just like testing some variant.” It is being tested new to help the team “understand what we are doing” for next season, but Steiner didn’t rule out racing it this weekend if they are pleased with its performance.

Steiner admitted the team had not fully mastered the new front wing rules which were introduced this year.

“With this new front wing, it was a big change in the regulations,” he said. “As little as it seems, it really was something different the new front wing, and we went the wrong direction.

“The rest of the car, we didn’t get it wrong because I mean we still qualify maybe seven, eight races with two cars in Q3. So we didn’t do that wrong. Now as I said, we found out what we did wrong and therefore I’ve got full confidence we can get back there.”

However he stressed the team’s troubles this year were down to more than just the front wing.

“[But] it’s there, it’s in the front, it affects everything. And therefore we try different solutions to see what we can see.

“It is not only the front wing, it’s not as easy as this. It’s the aero, how it is. So we just need to go back to see what works and what not. But therefore I’m pretty confident we can fix it for next year.”