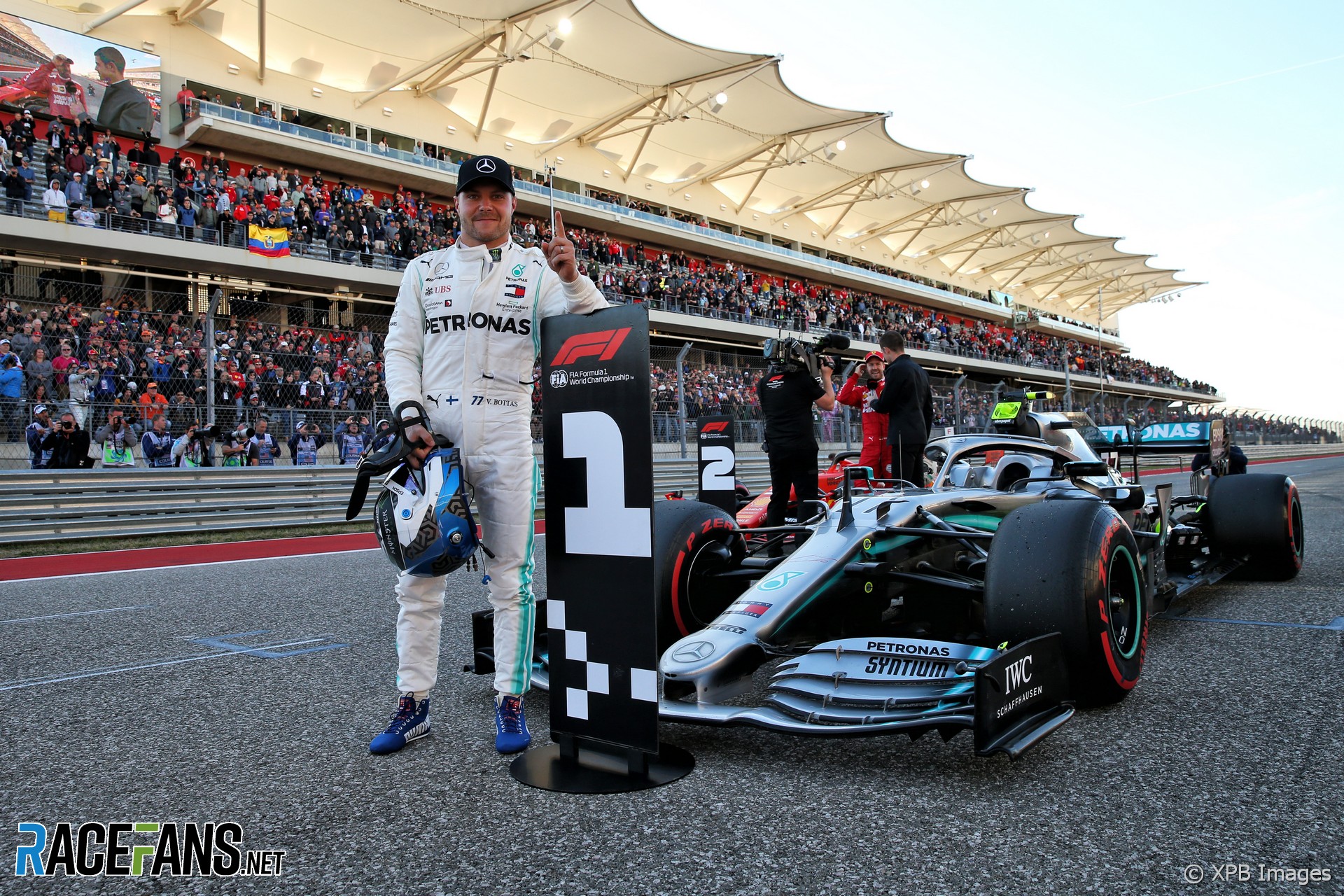 The Circuit of the Americas may be bumpier than it was 12 months ago, but the Formula 1 cars managed to lap it quicker anyway.

At the front of the field, Valtteri Bottas chipped two-tenths of a second off last year’s pole position time to establish a new track record.

Further back, other teams made even bigger gains. First among these – for the 11th time this year – was McLaren. Not only did they find more time than anyone, their year-one-year improvement was more than a second greater than anyone else managed.

“It’s crazy,” said Carlos Sainz Jnr, who put his MCL34 seventh on the grid. “A 32.8 around here, we got really close to the pole lap of last year I think so McLaren has made huge a step forwards.”

The second most-improved team at the Circuit of the Americas was Red Bull – the highest such ranking they’ve managed all year. Max Verstappen, like Ferrari’s Sebastian Vettel, also beat last year’s track record, though obviously not by as much as Bottas.

It was a familiar story at the back of the field however. Only one team failed to lap quicker than it did last year, and for the 13th time in 2019 it was Williams.