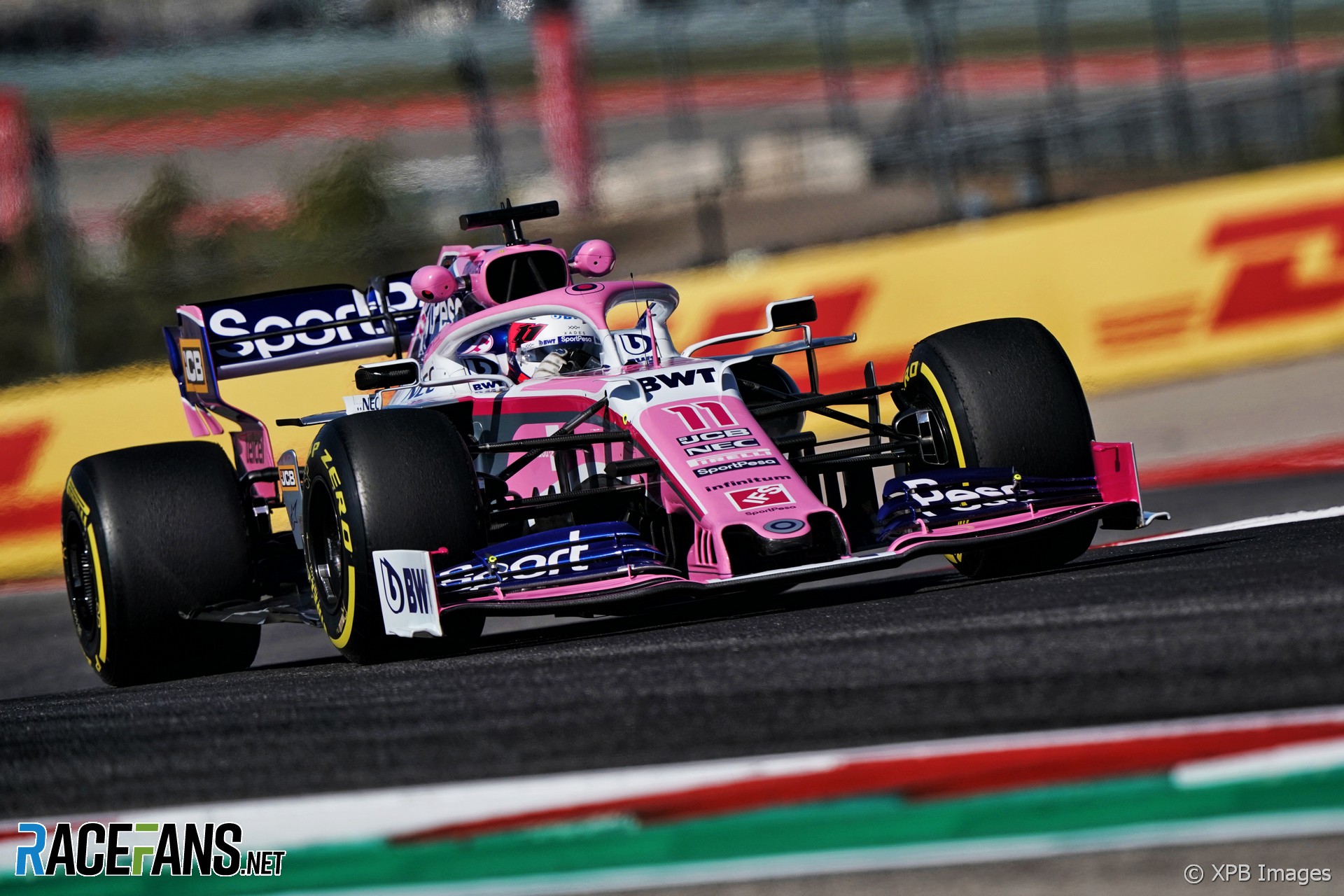 Sergio Perez will start the United States Grand Prix from the pits after the stewards ruled he failed to stop at the weigh bridge when instructed to during second practice.

Perez was told to perform a pit stop when he pitted at the end of second practice. When he came into the pits he was shown the red light and signal indicating he should stop at the weighbridge, but drove past it.

His race engineer pointed out his error, and told him to return to the team’s garage but not to pull into the pit bay. However Perez did so, and the crew replaced his tyres. After this he was pushed back to the weighbridge.

The stewards ruled Perez “failed to stop for weighing when required to do so. Instead, he drove on and proceeded to do a pit stop where the car was worked on by lifting the car and all four wheels were changed, in breach of Article 29.1 (a).

“The penalty imposed is a mandatory penalty specified under the Formula 1 Sporting Regulations and the stewards note that they have no discretion to impose an alternative penalty.”

Perez’s radio messages when he missed the weighbridge